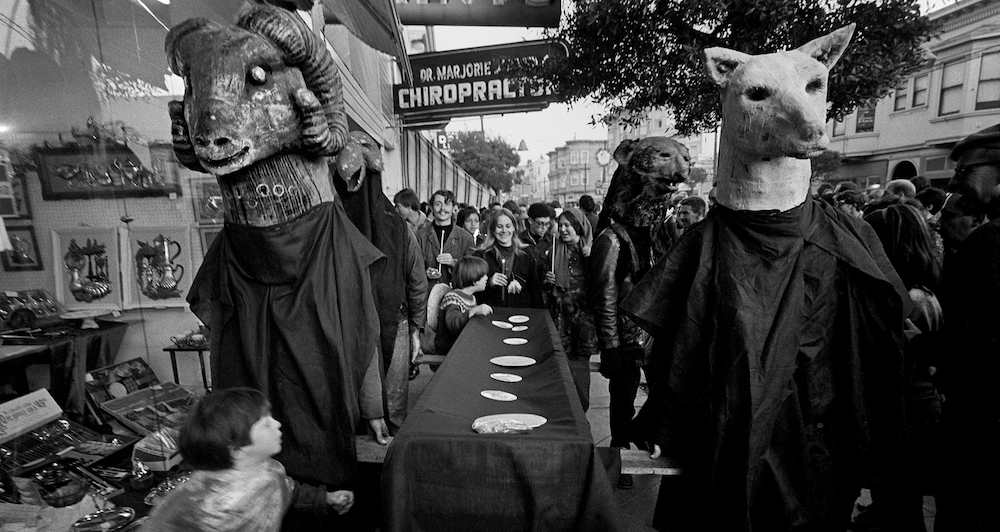 Digger hijinks in the Summer of Love.
Via Knopf

I fear its motives, fear it will be arid and academic: a display of the author’s esoteric knowledge of, say, sacred practices in Mesopotamia during the Seleucid Era or the marvels of Victorian button-work, offering the reader a way to live briefly in those times merely to avoid our own. Or I fear it will be simply educational, reminding us of all we’ve forgotten from high school through good-intentioned dramatic reenactment. Most of all, I fear the way historical novels so often read like dead words on the page, as dusty as the events they describe, any life they may have contained smothered under the thick resin of all that period detail.

To me, the best fiction rises from and answers an urgent need in both the writer and the reader. And however interesting any given historical moment might be in its own right, a work of fiction about it is only as interesting as its relevance to the larger questions of how to comprehend and survive the mind-fucking, soul-crushing, emotionally obliterating experience of living.

It’s ironic, then, that I’ve apparently written a historical novel of my own.

I didn’t set out to do so. When I began working on Revolutionaries, my novel about prankster leftists and the chaos they stirred up in the 1960s, I was primarily interested in the ways the problems of the present might be symptoms of the failures of that raucous, fraught, idealistic time and how and why so many of the children of that generation, the notoriously unmotivated, cynical Gen-Xers—people like me—who lived through these failures, intuitively absorbing their lessons, might see the fight for “justice” as a futile (or useful) con.

I too had lived through these times. They weren’t just history to me, they were part of life.

What I had was a sentence. Assertive. First person, present tense.

Call me Fred, I hate Freedom.

I didn’t know exactly who Fred-who-hated-Freedom was, but I knew he was speaking from the here and now and I knew he was angry and I knew he suffered from a profound loss of faith, though in what, I wasn’t sure—something vaguely to do with the hypocrisies of contemporary America, something to do with politics and idealism and the way people get trampled no matter who’s in charge. The other thing I knew was that he was too defensive to speak directly to whatever it was that had wounded him so deeply—he was going to challenge and attack, to angle his story for maximum self protection, the way alienated people so often do when they’re sure from the start that they’ll be misunderstood.

What I didn’t know, what took me a long time to learn, was that to understand Fred’s current isolation I’d have to search for causes in his parents’ lives, not his. This was his angle, this was his shield. He’d talk about them instead of himself and his attitudes toward and criticisms of them would communicate whatever it was he was really trying to say about himself.

One more thing I knew. Fred’s parents were hippies and political activists. People like Abbie and Anita Hoffman. Radical longhairs who really thought they were going to transform the world.

And with this realization, I stumbled into history, not for its own sake but as an explanation for how Fred arrived at where he was now. This would have to be an experiential history, filtered through retrospect, distorted by memory and emotion. The tension between now and then had to be kept in constant motion—that’s where the real and urgent pulse of the book lived.

What this meant, practically, was that however much research I might do, book knowledge—all those dates and times, all those colorful era-defining events—would only be as useful to me as they were relevant to Fred’s sense of himself. Yes, I had to make sure I knew my facts—I had to know in specific how the Yippies differed from the Diggers from Students for a Democratic Society from folks who were just following the fashions; I had to learn how and when the New Left began to challenge the beliefs and tactics of the movement that preceded it and all the ways this New Left splintered into factions in the 70s; I needed intricate knowledge of the major milestones of the antiwar movement and how the politicians of the time, Democrats and Republicans, both, reacted to these events; so many things I needed to know, the racial dynamics of the Lower East Side, what the Tombs was like in 1972; it went on and on; what restaurants could you find on St. Marks Place back then; when exactly did the Twin Towers begin renting out offices; a never ending proliferation of facts I needed to learn, each one leading to ten, twenty, fifty more—but none of this information mattered as much as Fred’s impressionistic experience of the time, and for that I needed to call upon other resources. I needed to use my own experience.

Like Fred, I too had lived through these times. They weren’t just history to me, they were part of life. My parents were hippies from the East Coast who’s itinerant lives took them all across the country in search of an America they could believe in. The first music I ever heard was the Beatles, Dylan, Free to Be You and Me. I knew what it was like to be the white minority in a shitty New York City public school and I knew what it was like to march in stale rallies that didn’t quite inspire as much as they used to. Whatever our differences, the closer I could get to my own memory of these times, the truer my evocation of Fred would become.

Thirty-two years ago, when I was 16, I found a book by Abbie Hoffman in the library of my local community college. It was called Steal this Book. And heeding the call, I stole it. This book—and this act—was probably the start of my research on this book. The thrill of transgression. The burn of secret knowledge. Abbie had still been alive at that time and I was in awe of him. He became one of my life-long role models. It wasn’t such a leap to imagine I was his son, which of course, also distorted and transformed him into my father, allowing me to see the precise texture of Fred’s pain.

Write about that, I told myself. If it turns out that means you’ve written a historical novel, well, many of my favorite books are historical novels. The ones that feel alive, urgent, and necessary.

Joshua Furst is the author of Revolutionaries, Short People and The Sabotage Café, as well as several plays that have been produced in New York, where for a number of years he taught in the public schools. A graduate of the Iowa Writers’ Workshop, he’s the recipient of a Michener Fellowship, the Chicago Tribune‘s Nelson Algren Award, and fellowships from the MacDowell Colony and Ledig House. He lives in New York City and teaches at Columbia University. 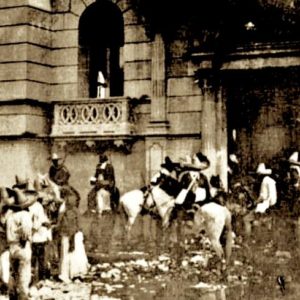