TODAY: In 1922, Charles M. “Sparky” Schulz, American cartoonist and creator of the Peanuts strip, is born.

Shirley Chisholm on why she ran for president • Celeste Ng on writing with a plan • What T.S. Eliot and Virginia Woolf first thought of each other • Bruna Dantas Lobato on discovering the intricate joy of miniatures • On Milton Gendel’s seven-decade Roman holiday • A brief history of eugenics • Michael Parker on worshipping water, in life and fiction • Ken Gordon is very skeptical about Noah Baumbach’s upcoming adaptation of White Noise • How to gain a gazillion followers online… according to the editor of the Taco Bell Quarterly • Breathless,  Parasite, and more films that inspired “lady director” Joyce Chopra • How the Six-Day War transformed American Jews’ relationship to Israel • When the Nation of Islam was introduced to America • How a forgery of a forgery began a career in the artistic underworld • Jefferson Cowie on the Southern practice of convict leasing • How Thomas Jefferson shaped colonial America’s story of itself • Annie Barrows reflects on creating the Ivy + Bean book series

I'm a HarperCollins author. Here's why (and how) I won't cross the virtual picket line. 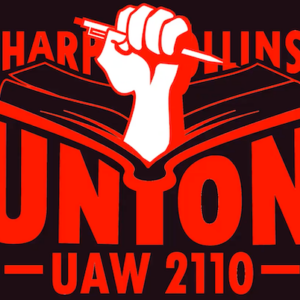 I'm a HarperCollins author. Here's why (and how) I won't cross the virtual picket line.

In days of yore—that is, my childhood in the paper-mill town of Mexico, Maine—a labor strike looked like an ugly affair....
© LitHub
Back to top