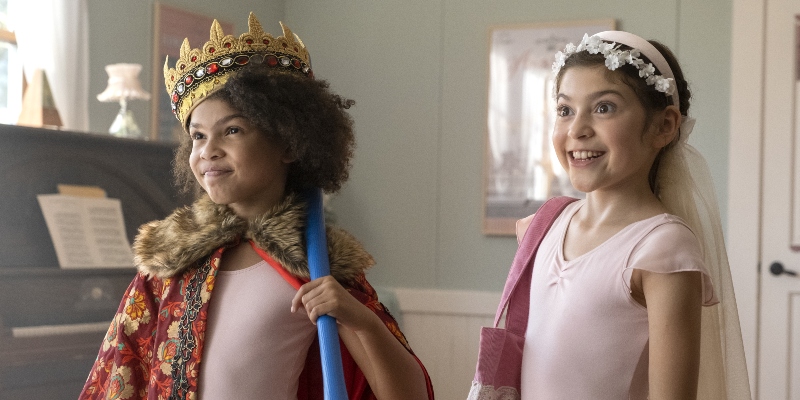 In 2003, I wrote the first line of the first draft of the first book in the Ivy and Bean series: “Before Bean met Ivy, she didn’t like her.”

I was sitting in the office at the top of my house, the same one I’m sitting in now, but it looked different. There weren’t as many books in it, because I hadn’t written many books yet. There was only one file cabinet, for the same reason. But that’s not the big difference. The big difference is that when I typed that first line, there was almost certainly a three-year-old breathing heavily outside my door. There was usually a three-year-old breathing heavily outside my door in those days. Sometimes I would yell, “Go away!”

Then the three-year-old would say, “What you doing, Mommy?”

And then I’d yank open the door and tell her Yes, I did work, I most certainly did, and if she would just go downstairs and play, I could get my work done. Then we’d argue about the definition of work, and then, after about 15 minutes, she’d trot away, completely satisfied by the outcome of her efforts, and I would put my head down on my desk.

She was a very devious three-year-old.

But while Ivy and Bean have enjoyed their permanent seven-ness, I have been getting older, and now, when I look back over the series—an old-person sort of activity—it’s like a time-capsule of me and my family in the years between 2003 and 2019.

For instance, in the second book in the series, Ivy and Bean and the Ghost That Had to Go, there’s a haunted bathroom at the girls’ school, which, to me, is a memento of the day in 2004 that my older (non-devious) daughter came home from school to announce that there’d been a ghost-sighting in the janitor’s closet and steps were being taken.

In the third book, Ivy’s obsession with girl paleontologist Mary Anning echoes just such an obsession in my house—or rather, in my yard, which was the site of a huge fossil dig. Ivy’s doll collection, which features in multiple books, throws me right back to my despair at the sprawling “doll tenement” in my older kid’s room. We called her the Slumlord.

As the devious three-year-old grew, I can see her stories arriving in the books too. In No News Is Good News, there’s the bizarre passion for wax-covered cheese that swept through her third grade. In What’s the Big Idea, I find the kid in her second-grade class who decided that the solution to global warming was to give the animals a boost by making himself dumber, which he intended to achieve by banging his head against the wall every morning.

Then, as my own children fell from the peaks of childhood into the tribulations of adolescence, Ivy and Bean stopped being a record of what was happening in my house and started being an escape hatch. Writing about seven-year-olds allowed me to time-travel back to my kid-hood and my daughters’, handing me a vacation from teenager-land.

As the books became more successful, I also began to find stories in the classrooms I was visiting and the funny kids I met while touring. I can see souvenirs of those journeys in the later books—like, for instance, the entire premise of Ivy and Bean Get to Work, a story derived from a visit to an elementary school that was hosting a career fair featuring bankers and real estate agents, a concept that struck me so funny I had to hide in the bathroom until I stopped laughing.

Annie Barrows has written scads of books for children, including the New York Times bestselling chapter book series Ivy + Bean (now a series of Netflix films), as well as the Iggy series, the YA novel Nothing and the bestselling novel The Guernsey Literary and Potato Peel Society which was also made into a Netflix movie. She lives in Northern California. 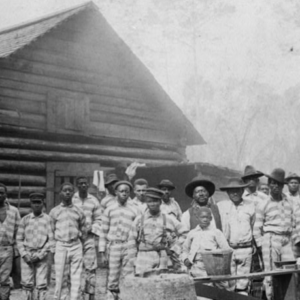 Prisoners stumbled and clanked through the predawn light, making their way from the stockades where they slept to the mines...
© LitHub
Back to top