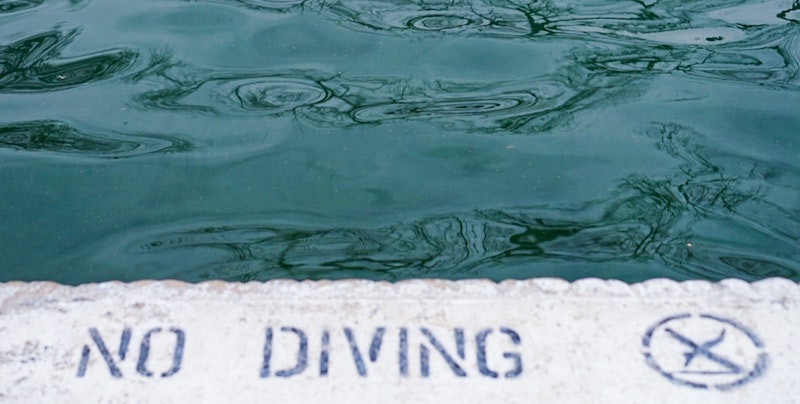 Michael Parker on Worshipping Water, in Life and Fiction

When Earl Boudreaux, the protagonist of my new novel I am the Light of This World, is released from prison after 40 years for a crime he did not commit, he spends hours walking the banks of the river that runs through a small town on the Oregon coast. On one of his walks, he passes a community pool, encased in glass, like a greenhouse. He marvels at their grace, their bodies sleek as torpedoes as they move through the water.

I chose not to set any of the present action of this novel in prison because prison is, in fiction as in life, static, repetitive.  But I do describe some of the thoughts that allowed Earl to survive in prison, mostly imaginative flights that often involve an afternoon spent at a pool in Austin (an unnamed Barton Springs, where I swim almost daily). If desire is plot—and I think it mostly is—this novel is in part about a man who, in his few remaining years on earth, wants to learn to swim.

In the small town where I grew up, there was a tiny municipal pool, its cracked concrete sides painted a fading sky blue. A square rubber tub marked the border between locker room and pool deck. Each swimmer had to wash their feet, though the water, as far as I could tell, was never changed, which made me question the hygienic value of what amounted to showing your passport before crossing into another country.

The pool was open from Memorial Day to Labor Day and of course in the humid coastal plain summer, it was mobbed. You could get wet; you could bob up and down. You could not swim. So we swam, as Earl did, in ponds and rivers. My friends and I did most of our swimming in a place called Lum Edward’s pond, which was supposedly haunted by the ghost of a boy named Floyd Japarks, who drowned there decades earlier. A haunted pond might have dissuaded some, but for me it only increased my devotion to what I have spent a lifetime worshipping: the mysterious properties of bodies of water.

I have been luckier than Earl. I graduated from ponds to municipal pools in Chapel Hill and Charlottesville. I’ve swum, over the years, in the coves of Greece, Spain and Sicily. I swam, with lots of other people and some kayaks to keep us on course, across the San Francisco and Narragansett bays. In my triathlete days, I swam in too many open water venues to count. It’s not something I would bother to count, for swims, wherever they are, amount to the same glorious deliverance for me.

A haunted pond might have dissuaded some, but for me it only increased my devotion to what I have spent a lifetime worshipping: the mysterious properties of bodies of water.

The other day I was swimming laps next to a man who was wearing headphones. They have such things. Though I try not to be judgmental about the practices of other swimmers, making a point not to critique anyone’s stroke, rotation, extension, flip turn—I did not understand why anyone would want to listen to music while swimming. For me, each swim has its own soundtrack: the sound of the others in my own lane and those adjacent, the sound of my breath, and of my heart beat. I even hear the bottom of the pool. The ubiquitous band aids stuck to the concrete of my local outdoor pool. The leaves drifting in the deep end. A pair of blue sunglasses, small child sized.

I sometimes smile while swimming. I have been known to laugh. Nothing’s amusing. I am just so happy in the water.

Sometimes I think of leaving Austin. You can get pretty good tacos now in Lynchburg, Virginia. Coca-Cola bought Topochico. But then I remember Barton Springs, where Earl had his first transcendent experience in the water. I think of my 5 a.m. swims, total darkness, seeing only what I can make out five yards in front of me. Fortunately there are only five or six of us in the water that early; the eighth of a mile length would appear to give us plenty of room to avoid each other, but there is a rule at Barton, explained to me once by a lifeguard when, at the height of the Austin City Limits festival carrying on across the street, there were only two of us in the pool and we crashed into each other. The Barton rule of two: if there is more than one and less than three people in the pool, a collision shall occur.

Even the things that rankle me—the snorkelers who have decided they don’t have to look where they are going, the wetsuit-ed triathletes (takes a retired one to know one) leaving their Official Ironman gear too close to my swim bag, the woman who swims backstroke at the busiest time of day—fade when I remember the moment when the sun comes up and finds the bottom of the pool, the fish swimming five feet below me, the huge turtle I see if I’m lucky. And all the regulars who have been worshipping there years longer than me, showing up in their terry cloth bathrobes to gather by the diving board and discuss the news and when there is no more news, hit the water.

Barton Springs, though unnamed in the novel, is Earl’s place now too. As Earl learned to swim—to swim efficiently, with loose floppy ankles, with high elbows, and with respect for the breast stroke as something besides a rest stroke—I felt him swimming away from me. He became better, in a few weeks, than I am after sixty years of swimming. Earl lapped me. He made it to the weedy edge of Lum Edward’s pond before I reached the slick boards of the dock in the very middle.

Sometimes, in the very early morning, if I get there right at 5 when it opens, especially in the colder months, I’m the only one in the water. Except for Earl. Here comes the Barton rule of two. Our collision is inevitable, but it is inconsequential. We apologize for not paying attention, which is hard for both of us in any body of water, with so much to hear and see and feel. 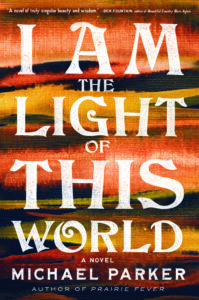 I Am the Light of This World by Michael Parker is available now via Algonquin Books.

The author of seven novels and three collections of stories, Michael Parker has been awarded four career-achievement awards: the Hobson Award for Arts and Letters, the North Carolina Award for Literature, the R. Hunt Parker Award, and the 2020 Thomas Wolfe Prize. His short fiction and nonfiction have appeared in the Washington Post, the New York Times, Oxford American, Runner’s World, Men's Journal, and others. He is a three-time winner of the O. Henry Prize for his short fiction and his work has appeared in dozens of magazines and several anthologies. He taught for twenty-seven years in the MFA Writing Program at the University of North Carolina at Greensboro, and since 2009 he has been on the faculty of the Warren Wilson Program for Writers. He lives in Austin, Texas.

A (Tiny) Room of One’s Own: Bruna Dantas Lobato on the Intricate Joy of Miniatures 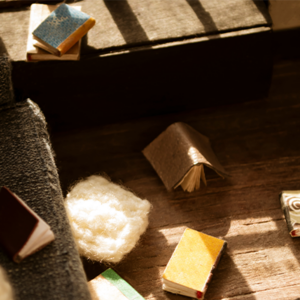 A (Tiny) Room of One’s Own: Bruna Dantas Lobato on the Intricate Joy of Miniatures

Welcome to When I’m Not Writing, a new series in which we invite writers to tell us about the things they do when they’re...
© LitHub
Back to top
Loading Comments...