• Andrew Palmer on the weirdness of immortalizing his ex in his new novel… and what she had to say about it. | Lit Hub

• “Gardner may believe a classic work like Beowulf to be an example of true moral art. But the falseness Grendel detects in the epic poem is real, and impossible to ignore.” How John Gardner’s finest novel rebels against his own ideas. | Lit Hub

• A deep dive into the life and career of an enigmatic football (read: soccer) genius Lionel Messi. | Lit Hub Sports

• Bill François on the natural treasures of the oyster. | Lit Hub Nature

• “When many Swedes were on vacation at once, it was as if an intangible, supernatural cloud of relaxation had settled over the nation as a whole.” Oliver Burkeman extols the benefits of nationwide vacation. | Lit Hub

• “I propose to abduct Raymond Carver from the camp of the minimalists.” Marilynne Robinson on Where I’m Calling From. | Book Marks

• “You created a love out of your own longing and gave it away.” Deesha Philyaw on trying to write about love. | Split Lip

• Silvia Moreno-Garcia discusses her writing process, her new historical novel, and the depiction of past and present political movements. | Ploughshares

• Ege Yumusak breaks down the relationship between university politics, place-based work, and building power in academia. | The Point

• These books speculate about what will be left in a post-human world. | The Guardian

21 new books to add to your TBR pile this week. 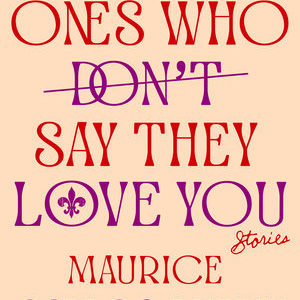 My father named his bug company “Stevens and Son” even before I came into the world. I found insects disgusting, but it was just...
© LitHub
Back to top