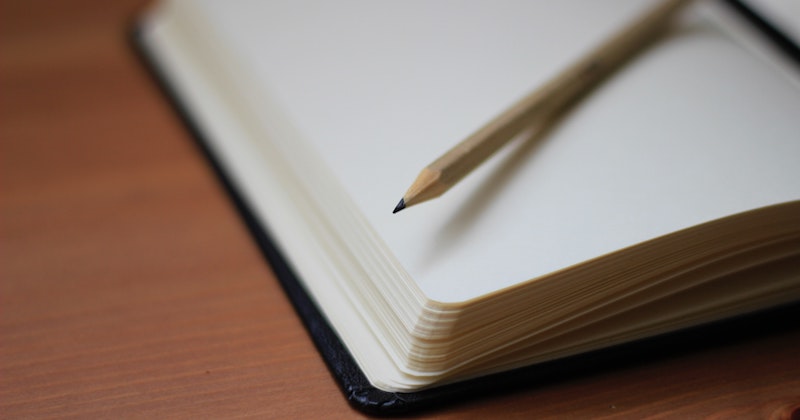 My Shadow Book: On Consciously—or Unconsciously—Immortalizing Ex-Partners in Literary Fiction

A character in my novel is partly based on an ex, so I sent her an advance copy with a note saying basically, “Hi, this character is and isn’t you, I’m sure you’ll recognize parts of her and parts of her relationship with the narrator, and, well, I imagine the whole thing might feel a little strange. I’m here to talk about it if you want to talk but also understand if you don’t.” A few weeks later she wrote back: “Reading your novel was like having a dream about living someone else’s dream about me. What do I think about it? Who cares what I think? It exists. I accept it. We’re still friends. Congratulations.” For writing a book or not losing her friendship?

I reread the note a few times. I was relieved but also disappointed. Did a part of me want her to be outraged? I don’t think so. But I did want more than this brief and elliptical and possibly somewhat testy note. What did I want? No more than what I imagine every writer wants: to be privy to every last thought and feeling of every reader of my work as they read it. Plus I missed her, her in particular, we didn’t talk very often, so I called her.

“So you’re not canceling me?”

She laughed. “Is that what you thought would happen? That I would use my immense cultural influence”—she was being ironic but she does have some—“to destroy your reputation?”

“I’m sorry to let you down. I liked the book. And this isn’t my first rodeo.”

By this I assumed she was referring to the three books she had written, at least two of which included versions of actual people in her life.

“Yeah, I guess I was sort of banking on your experience with this sort of thing.”

“I’ve lost friendships over what I wrote. One man threatened to sue me. It wasn’t pleasant.”

“Thank you for not suing me.”

“Thank you for caring enough to sue me.”

“That’s all we want in these situations, isn’t it? For people to care. To acknowledge our existence. ‘Congratulations, you exist! Great job!'”

“Not when we date writers who immortalize us in their books.”

I said something about how it wasn’t her, it was a made-up person who shared with her certain qualities and experiences.

“You put my slippers in your novel. Those are real. I still wear those sometimes.”

“Okay, I immortalized your fuzzy green slippers. That’s really what was weird for you?”

“The whole thing was weird for me. It never stopped being weird. Actually, the parts that weren’t about the me-character weren’t weird, but the me-parts never stopped being weird. And they brought up all sorts of memories that I hadn’t thought about in years—not stuff that’s in the book, necessarily, but things it reminded me of. That was a very strange time for me, the time we were together. I was really unhappy then, and I know you were, too. I remember—this was toward the end—one time when I suggested, very gently I thought, that you were holding a lot of unacknowledged anger. Oh my god, you hated that so much. You didn’t want to have someone else name an experience for you. It hurt your ridiculous little pride. Well, now you get the last laugh, I guess.”

She seemed to be implying that I’d written the novel out of some impulse—whether conscious or subconscious—of score settling or revenge. That almost certainly wasn’t true, I thought, unless the revenge I was taking was a sort of dead-on-arrival revenge against a world that writes most of our stories for us. I thought for a moment about correcting her, then remembered something I’d only recently started remembering from time to time: that she was the one, sort of, who had come up with the idea for my novel in the first place! She’d suggested the topic casually in a conversation soon after we’d broken up, and a few months later I found myself writing about it, unaware or in denial at the time that I was taking up her then-still-recent suggestion. A wave of gratitude came over me on the phone, but I seemed to lack the means or will to express it because what I heard myself saying was, “Not necessarily. You could write a book about me.”

We talked for a while about other things—our partners and families, summer plans, salad (she’d started to prepare a beet salad while we talked)—and then I asked, “So what do I do now? I’m really asking.”

“You mean besides constantly refreshing your Amazon page?”

“Indeed. Write another one. I know that’s more easily said than done.”

I told her I was taking notes for a new novel but probably wouldn’t start it in earnest until fall.

“Write essays. Isn’t your publisher asking for those?”

“I don’t know what to write about. All my ideas are fiction ideas.”

“Write about this conversation! Free idea. Just acknowledge it was mine.”

“And also: celebrate yourself. You wrote a novel. That’s hard. It’s not everything but it’s not nothing. Celebrate good reviews. Get mad at bad ones. Know that no matter what anyone says about the book it will never, never be enough. So—and believe me, I have not achieved this—try to relax and have fun with it. Have I ever told you about my shadow book theory?”

“That’s all we want in these situations, isn’t it? For people to care. To acknowledge our existence.”

“So, actually this is my friend’s theory: every book that comes out has a shadow book. Whenever anything is written about either book, it’s compared to the other one. They’re in a sort of tacit competition. I think you know what my last shadow book was.”

I didn’t but for some reason pretended I did. “Did you win?” I asked.

“Let’s call it a tie. And actually, that author and I have become friends since then. So the relationship doesn’t have to be acrimonious. Anyway, what’s your shadow book, do you think?”

“I don’t know. I’ll keep my eyes open. Any ideas? What else is coming out this summer?”

“Okay, you know what I was reading about the other day? There’s this novel coming out called Storm, it sounds amazing. It’s a reissue, actually. I think it was written in the thirties or forties. Anyway, the protagonist is a hurricane. It’s told from the hurricane’s point of view. And I think—let me check, just a second here—yes! The hurricane is named Maria! So she shares a name with a character in your book.”

“So my shadow book is a reissue of an 80-year-old novel about a hurricane? I’m not sure how I feel about that.”

“Here, let me read from this review: ‘The main character is Maria—the storm itself—who is depicted as both human and otherworldly, as she gathers her forces and makes her way from Japan to the West Coast. We follow Maria as we would a volatile and dramatic character, and are left with a renewed awareness of the interconnectedness of our mysterious and awe-inspiring world.'”

“Okay, that sounds interesting,” I admitted. “But how do you think the hurricane feels about being reimagined in a novel?”

The answer to my question came to me as I asked it: “Probably pretty dizzy.”

“No,” said my ex with surprising vehemence. “Hurricanes are bigger than books. And they don’t get dizzy.”

“It’s a matter of power,” I suggested.

“Not power,” she said. “Self-possession.” 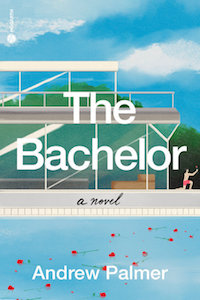 The Bachelor is available from Hogarth. Copyright © 2021 by Andrew Palmer.

Andrew Palmer’s writing has appeared in The Times Literary Supplement and McSweeney’s and on Slate, The Paris Review online, and The New Yorker online. He has been a fiction fellow at the Fine Arts Work Center in Provincetown, Massachusetts, and a resident at Ucross, the Anderson Center, and Yaddo. He grew up in Iowa and lives in Seattle with his partner and their dog. The Bachelor is his first novel.

Jonah Lehrer on the Science of Mystery 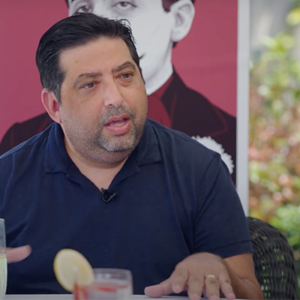 Authors in the Tent is a filmed series of interviews with established and emerging authors conducted in a tent Ona Russell...
© LitHub
Back to top
Loading Comments...