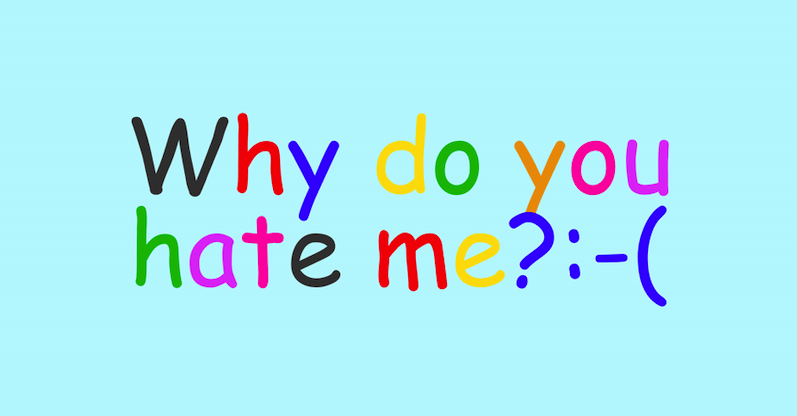 The Ugliness of Comic Sans Has a Practical Use

Jonah Lehrer on the Easy Recall of Certain “Disfluent” Fonts

To understand why, it helps to know about the work of psychologist Daniel Oppenheimer. A decade ago, he led a study at a public high school in Chesterland, Ohio. The scientists asked teachers to submit their written classroom materials, such as PowerPoint decks and worksheets. Then, the researchers changed the fonts on the material, transforming the text with a variety of so-called disfluent fonts, such as Monotype Corsiva and Comic Sans italicized. What makes these fonts disfluent is that they’re used less frequently: When was the last time you read a book in Comic Sans? Because all of the teachers included in the study taught at least two sections of the same class, the psychologists could conduct a controlled experiment. One group of students received the classroom materials with the disfluent fonts, while the other group was taught with more typical fonts, like Helvetica and Arial.

After several weeks of instruction, the students were tested on their retention of the material. In nearly every class, the students in the disfluent condition performed significantly better. Comic Sans led to higher grades. Ugly fonts improved their recall.

Think, for a moment, about the strange implications of this research. The primary goal of typography is to create legible text. This is especially true in the digital age. Amazon, for instance, brags that Bookerly, its custom font for the Kindle, makes reading easier on the eyes, allowing us “to read faster with less eyestrain.” Company logos, meanwhile, are designed to maximize fluency, which is why American Airlines, Jeep, Target, Nestlé, and Toyota all rely on versions of Helvetica. The irony is that the research suggests that the effortless processing might lead to less attention and retention. Easy in, easy out.

Why does disfluency help us learn more and think better? The explanation begins with the natural laziness of the human mind, which is always trying to save energy by not thinking. (Your brain requires only about three hundred calories per day for consciousness, or the amount of energy in a candy bar.) This need for efficiency means that we often rely on mental shortcuts, whether it’s our shoddy assessments of probabilities or instant judgments of other people. These shortcuts aren’t a faster form of thinking. They’re a way of skipping thought altogether.

And that brings us back to these ugly fonts. Because their shapes are unfamiliar, because they are less legible, they make the mind work a little harder; the slight frisson of Comic Sans wakes us up or at least prevents us from leaning on the usual efficiencies. “The complex fonts . . . function like an alarm,” Alter writes. They signal “that we need to recruit additional mental resources to overcome that sense of difficulty.”

You can see this extra activity in the brain. Stanislas Dehaene, a neuroscientist at the Collège de France in Paris, has helped illuminate the neural anatomy of reading. It turns out that the literate brain contains two distinct pathways for making sense of words. One pathway is known as the ventral route, and it’s fast and efficient. The process goes like this: We see a group of letters, convert those letters into a word, then grasp the word’s semantic meaning. According to Dehaene, this ventral pathway is activated by writing in a “familiar format” and relies on a bit of cortex known as visual word form area (VWFA). When you are a reading a straight-forward sentence, you’re almost certainly relying on this speedy neural highway. As a result, reading seems effortless and easy. We don’t have to think about those symbols on the page.

What makes these fonts disfluent is that they’re used less frequently: When was the last time you read a book in Comic Sans?

But the ventral route is not the only way to read. The second reading pathway—the dorsal stream—comes on whenever we’re forced to pay conscious attention to a sentence, perhaps because of an obscure word or unfamiliar font. (In his experiments, Dehaene activates this pathway in a variety of ways, such as rotating the letters or filling the prose with errant commas and semicolons.) Although scientists had previously assumed that the dorsal route ceased to be active once we became literate, Dehaene’s research demonstrates that disfluent and unfamiliar writing can change the way we read. We’re suddenly hyperaware of the words on the page, forced to work harder to make sense of the text. The difficulty demands our focus.

In 1917, the Russian formalist Viktor Shklovsky wrote an influential essay about the aesthetic benefits of disfluency. He began by observing the natural negligence of the human mind, which is good at not noticing things. The function of art, Shklovsky said, is to push back against this tendency, restoring our attention by defamiliarizing reality.* Here’s Shklovsky:

“Art exists that one may recover the sensation of life; it exists to make one feel things; to make the stone stony. The technique of art is to make objects ‘unfamiliar,’ to make forms difficult, to increase the difficulty and length of perception.”

Look at poetry, an art form dependent on disfluency and defamiliarization. A poem is writing that often breaks the ordinary rules of writing; the only requirement is that the language feel different. (As the poet and critic Jane Hirshfield writes, poetry reminds us “of the usefulness of the useless.”) It’s always been this way. The Odyssey, one of the oldest works of literature, is an epic poem composed in a six-beat line, and its sentences, in a strict rhythm, are distinct from everyday speech. The Odyssey also featured a bizarre vocabulary. “The language contains a strange mixture of words from different periods of time, and from Greek dialects associated with different regions,” writes the translator Emily Wilson. “The syntax is relatively simple, but the words and phrases, in these combinations are unlike the way that anybody ever actually spoke.”

All this strangeness can make poetry feel abstract and obscure— who has time for such a disfluent art? But it also means that the best poetry can rescue language from our indifference, allowing us to look at old words in new ways. Here’s Marianne Moore, in “Poetry”:

I too, dislike it: there are things that are important beyond
all this fiddle.
Reading it, however, with a perfect contempt for it, one
discovers that there is in
it after all, a place for the genuine. 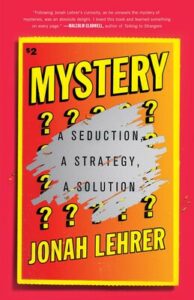 Jonah Lehrer is a writer, journalist, and the author of A Book About Love, How We Decide, and Proust Was a Neuroscientist. He graduated from Columbia University and studied at Oxford University as a Rhodes Scholar. He’s written for The New Yorker, Nature, Wired, The New York Times Magazine, The Washington Post, and The Wall Street Journal. He lives in Los Angeles, California.

Why Does Lionel Messi Ignore the Ball for the First Five Minutes of a Match? 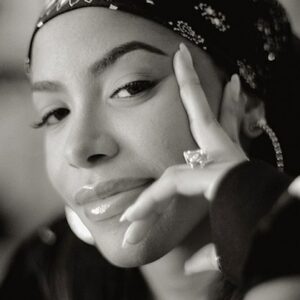 Generational celebrity deaths are such an interesting part of popular culture, aren’t they? You remember every detail:...
© LitHub
Back to top
Loading Comments...