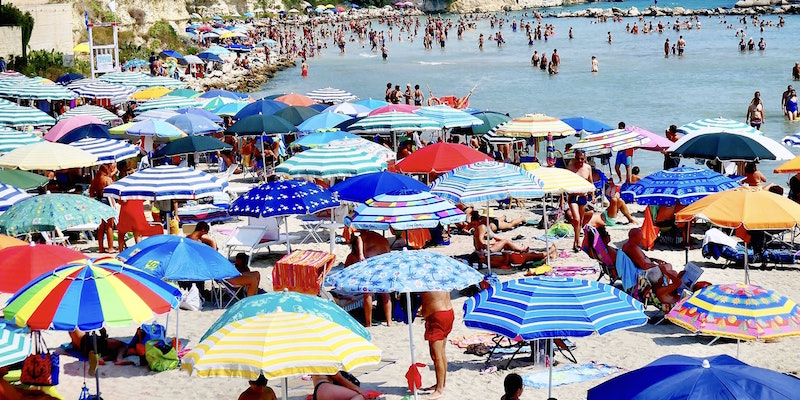 How Surrendering to Communal Time Can Make Us All Happier

Oliver Burkeman on the Social Benefits of Nationwide Vacation

The quest for more individual control over my time, I have to admit, was a major motivation behind my decision to leave my job at a newspaper to become a work-from-home writer. And it’s the implicit rationale behind many workplace policies we tend to think of as unquestionably good, such as parent-friendly flextime and arrangements that give employees the option of working remotely, which seem certain to become much more common after the experience of lockdown during the pandemic. “A person with a flexible schedule and average resources will be happier than a rich person who has everything except a flexible schedule,” advises the cartoonist turned self-help guru Scott Adams, summarizing the ethos of individual time sovereignty. And so, he goes on, “step one in your search for happiness is to continually work toward having control of your schedule.” The most extreme expression of this outlook is the modern lifestyle choice of becoming a “digital nomad”—someone who liberates herself from the rat race in order to travel the globe with her laptop, operating her internet business from a Guatemalan beach or Thai mountaintop, as her fancy dictates.

But “digital nomad” is a misnomer—and an instructive one. Traditional nomads aren’t solitary wanderers who just happen to lack laptops; they’re intensely group-focused people who, if anything, have less personal freedom than members of settled tribes, since their survival depends on their working together successfully. And in their more candid moments, digital nomads will admit that the chief problem with their lifestyle is the acute loneliness. “Last year, I visited 17 countries; this year, I will visit 10,” the author Mark Manson wrote, back when he was still a nomad himself. “Last year, I saw the Taj Mahal, the Great Wall of China and Machu Picchu in the span of three months . . . But I did all this alone.” A fellow wanderer, Manson learned, “burst into tears in a small suburb in Japan watching families ride their bikes together in a park,” as it dawned on him that his supposed freedom—his theoretical ability to do whatever he wanted, whenever he chose—had put such ordinary pleasures beyond reach.

The point, to be clear, isn’t that freelancing or long-term travel—let alone family-friendly workplace policies—are intrinsically bad things. It’s that they come with an unavoidable flip side: every gain in personal temporal freedom entails a corresponding loss in how easy it is to coordinate your time with other people’s. The digital nomad’s lifestyle lacks the shared rhythms required for deep relationships to take root. For the rest of us, likewise, more freedom to choose when and where you work makes it harder to forge connections through your job, as well as less likely you’ll be free to socialize when your friends are.

In 2013, a researcher from Uppsala in Sweden named Terry Hartig, along with several colleagues, elegantly proved the connection between synchronization and life satisfaction when he had the ingenious notion of comparing Swedes’ vacation patterns against statistics on the rate at which pharmacists dispensed antidepressants. One of his two central findings was unremarkable: when Swedes take time off work, they’re happier (as measured by their being less likely, on average, to need antidepressants). But the other was revelatory: antidepressant use fell by a greater degree, Hartig demonstrated, in proportion to how much of the population of Sweden was on vacation at any given time. Or to put things slightly differently, the more Swedes who were off work simultaneously, the happier people got. They derived psychological benefits not merely from vacation time, but from having the same vacation time as other people. When many were on vacation at once, it was as if an intangible, supernatural cloud of relaxation had settled over the nation as a whole.

Except that when you think about it, this makes perfect, non-supernatural sense. It’s much easier to nurture relationships with family and friends when they’re off work, too. Meanwhile, if you can be sure the whole office is deserted while you’re trying to relax, you’re spared the anxiety of thinking about all the undone tasks that might be accumulating, the emails filling up your inbox, or the scheming colleagues attempting to steal your job. Nonetheless, there was something a little spooky about how widely the beneficial effects of synchronized vacation rippled through the country. Hartig showed that even retired people, despite not having jobs from which to take a break, were happier when more of the Swedish workforce was on holiday. That finding echoed other research, which has demonstrated that people in long-term unemployment get a happiness boost when the weekend arrives, just like employed people relaxing after a busy workweek, though they don’t have a workweek in the first place. The reason is that part of what makes weekends fun is getting to spend time with others who are also off work—plus, for the unemployed, the weekend offers respite from feelings of shame that they ought to be working when they aren’t.

Hartig did not flinch from the controversial implication of his results. They suggest, he observed, that what people need isn’t greater individual control over their schedules but rather what he calls “the social regulation of time”: greater outside pressure to use their time in particular ways. That means more willingness to fall in with the rhythms of community; more traditions like the sabbath of decades past, or the French phenomenon of the grandes vacances, where almost everything grinds to a halt for several weeks each summer. Perhaps it even means more laws to regulate when people can and can’t work, like limits on Sunday store openings or recent European legislation banning certain employers from sending work emails out of hours.

On a work trip to Sweden a few years back, I experienced a micro-level version of the same idea in the form of the fika, the daily moment when everyone in a given workplace gets up from their desks to gather for coffee and cake. The event resembles a well-attended coffee break, except that Swedes are liable to become mildly offended—which is the equivalent of a non-Swede becoming severely offended—if you suggest that’s all it is. Because something intangible but important happens at the fika. The usual divisions get set aside; people mingle without regard for age, or class, or status within the office, discussing both work-related and nonwork matters: for half an hour or so, communication and conviviality take precedence over hierarchy and bureaucracy. One senior manager told me it was by far the most effective way to learn what was really going on in his company. Yet it works only because those involved are willing to surrender some of their individual sovereignty over their time. You can choose to pause for coffee at some other time instead, if you insist. But eyebrows may be raised.

The other way to grasp how greatly we benefit from surrendering to communal time—whether we realize it or not—is to watch what happens when people are forcibly prevented from doing so. The historian Clive Foss has described the nightmare that transpired when the leadership of the Soviet Union, gripped by the desire to transform the nation into one blazingly efficient machine, set out to reengineer time itself. The Soviets had long been inspired by the work of the efficiency expert Frederick Winslow Taylor, whose philosophy of “scientific management” had aimed to squeeze the maximum possible output from American factory workers. But now Josef Stalin’s chief economist, Yuri Larin, concocted what seems in hindsight like a ludicrously ambitious plan to keep Soviet factories running every day of the year, with no breaks. Henceforth, he announced in August 1929, a week would be not seven but five days long: four days of work, followed by one day’s rest. Crucially, though, the idea was that not all workers would follow the same calendar. Instead, they’d be divided into five groups, identified by a color—yellow, green, orange, purple, red—each of which would then be assigned a different four-day workweek and one-day weekend, so that operations would never have to cease, even for a day. Meanwhile, Soviet authorities argued, there would be numerous benefits for the proletariat, too: more frequent days off, plus less overcrowding of cultural institutions and supermarkets, thanks to the steadier flow of customers.

But the main effect for ordinary citizens of the USSR, as the writer Judith Shulevitz has explained, was to destroy the possibility of social life. It was a simple question of scheduling. Two friends assigned to two different calendar groups would never be free to socialize on the same day. Husbands and wives were supposed to be assigned to the same group, but they often weren’t, placing intense stress on families; and for obvious reasons, Sunday religious gatherings were disrupted, too—neither of which posed a problem from Moscow’s point of view, since it was part of communism’s mission to undermine the rival power centers of family and church. (E. G. Richards, a historian who chronicled the experiment, noted that “Lenin’s widow, in good Marxist fashion, regarded Sunday family reunions as a good enough reason to abolish that day.”) As one worker rather daringly complained to the official newspaper Pravda: “What are we to do at home if the wife is in the factory, the children in school, and no one can come to see us? What is left but to go to the public tea room? What kind of life is that, when holidays come in shifts, and not for all workers together? That’s no holiday, if you have to celebrate it by yourself.” The restructured workweek persisted in some form until 1940, when it was abandoned because of problems it caused with the maintenance of machinery. But not before the Soviet government had inadvertently demonstrated how much of the value of time comes not from the sheer quantity you have, but from whether you’re in sync with the people you care about most. 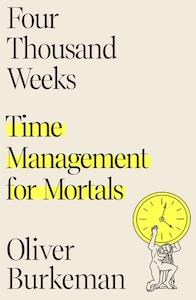 Oliver Burkeman is the author of The Antidote: Happiness for People Who Can't Stand Positive Thinking and Four Thousand Weeks: Time Management for Mortals. He wrote a long-running weekly column on psychology for The Guardian, "This Column Will Change Your Life," and his work has also appeared in The New York Times, The Wall Street Journal, Psychologies, and New Philosopher. He lives in New York City. 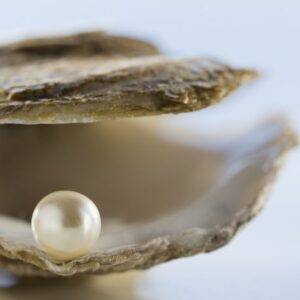 Seafood has one thing in common with cilantro, strong cheeses, and licorice-flavored tea: it tends to divide people. Although...
© LitHub
Back to top
Loading Comments...