“Go Fuck Yourself.” On Putin’s Propaganda and the Week in Ukrainian Resistance

The war of words in the Ukraine might be as virulent as the military war. Even the f-word has been weaponized. Last week, after Ukrainian troops under fire from a Russian warship were purported to have to told their attackers to “go fuck” themselves, the f-word has become a popular internet meme of resistance to the Russian invasion.

The Czech economist Tomas Sedlacek, for example, came on my Keen On podcast waving his “fak yu” banner with which he’d just demonstrated alongside 60,000 other Czechs in Prague’s Wenceslas Square. The next day, John Scalzi, the American science fiction writer, appeared on the show to demonstrate his solidarity in this militarization of the f-word.

“Go Fuck Yourself” may not have the same ring as “Remember the Alamo,” Scalzi blogged, “but it certainly has a bluntness that fits the 21st century, an era that is clearly over decorum. And it makes the point: We see through your bullshit and we know why you’re here and why you’re doing it. And for that, you can go fuck yourself.”

Scalzi is right to argue that we, in our mimetic social media era, are “over decorum.” But this Scalzi bluntness doctrine overlooks one thing. Vladimir Putin and his networked regime of trolls got there first. Those fuckers hacked us before we hacked them.

Putin has been telling us collectively in the west to “go fuck yourself” for entirety of the 21st century. He’s seen through our bullshit. He knows exactly why we’re here and why we’re doing it.

And he’s been winning this war for twenty years.

Last week, Revenge of Power author Moises Naim did a Keen On slot to talk about what calls the defining “3P” qualities of 21st-century authoritarianism: populism, polarization and post-truth. As Naim argues, Vladimir Putin’s nihilism represents power in “a malignant new form.” Putin has been deploying populism and and post-truth polarization to successfully invade our politics, invade our media, invade our democracies now for twenty years. Many other Keen On guests—from Anne Applebaum to Peter Pomerantsev to Angela Stent—share Naim’s argument. Putin is the master of propaganda, paranoia and polarization, they all say. His informational hall of mirrors has become our informational hall of mirrors.

While it isn’t exactly bolshevism in its universalist ambition, Putin’s authoritarian nihilism is global in its aspirations. Its economic component is a byzantine labyrinth of dirty money designed to make western capitalism as impossibly opaque as the Russian economy. Another Keen On guest, Catherine Belton (who is being sued in the London courts by Putin’s lawyers), the author of Putin’s People, calls this system “KGB capitalism.” As Keen On guests from Belton to Kleptopia author Tom Burgis to American Kleptocracy author Casey Michel have told me, our economies have been successfully invaded by Putin’s dirty money. His kleptocracy has become our kleptocracy too.

The ubiquitous carnage, the dirty money, the mass murder and other crimes against humanity in Syria are the future of Ukraine.

You might think that all roads lead to the Ukraine. But that would be wrong. All roads actually lead to Syria—at least in Putin’s nihilistic playbook of creating unimaginable human suffering for his own military and economic ends. As Red Line author Joby Warrick told me on Keen On this week, Russian behavior in Syria is Ukraine 1.0. Putin used Syria as a beta to prove his model. Only we aren’t as outraged because it happened under Obama’s watch and because most Syrians have darker skin and are less Christian than most Ukrainians.

GFY is what Putin has been telling the West for almost a decade now in Syria. GFY. We are going to fuck up a country and there’s nothing you can do to stop us.

The ubiquitous carnage, the dirty money, the mass murder and other crimes against humanity in Syria are the future of Ukraine. Unless we in the West do something. For some, like Tomas Sedlacek and John Scalzi, the Ukraine is essentially a Twitter war. We just have to shout louder than them on the internet, be blunter, see through their bullshit. It’s that old John Dewey nonsense that truth will eventually win out. Like MLK’s inevitable arc of justice, it isn’t supported by the facts.

“Go Fuck Yourself” may not have the same ring as “Remember the Alamo,” you’ll remember Scalzi wrote. But didn’t we “lose” the Alamo? Wasn’t it one of those glorious defeats that make our (Texan) hearts swell with pride?

Earlier this week, I did a Keen On interview with the Polish academic Maciej Kisilowski, who now teaches at the Central European University in Vienna. As a Pole, of course, Kisilowski is not exactly unfamiliar with Russian mendaciousness. There are many Polish sayings that translate to remember the Alamo. And he was blunt—very very blunt—about the GFY internet meme designed to make fun of Putin. The West, Kisilowski argued, has a collective responsibility for allowing Vladimir Putin and his criminal gang of trolls, kleptocrats, and mass murderers to essentially run the world in the first two decades of the 21st century. The reluctance to fully support Ukraine right now represents the collective moral failure of “The West” (whatever exactly that means). And it threatens to become our indelible moral stain.

Is it our Munich? I’m not disappearing down that internet rabbit hole of comparing Putin with Hitler. However, there is one thing that is worth noting. The author of Churchill’s Shadow, Geoffrey Wheatcroft, appeared on Keen On last month. Wheatcroft isn’t a great Winston admirer, but he did acknowledge that Churchill had one masterful skill: the ability to seize the narrative and tell a compelling story. As Putin’s planes and ships and tanks flatten Ukraine, we are missing that masterful storyteller. We need a more coherent message than Go Fuck Yourself. And it’s the messenger, rather than the message, that is missing. 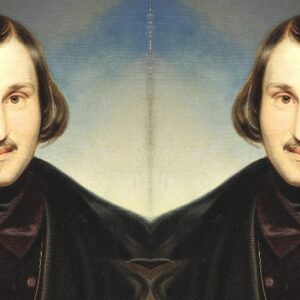 VOICES FROM UKRAINE: Read from Serhiy Zhadan’s The Orphanage, a novel of occupied Ukraine · Masha Gessen on Vladimir...
© LitHub
Back to top