On today’s episode, Anne Applebaum, staff writer for The Atlantic and a Pulitzer Prize-winning historian, discusses how the current crisis is changing the very structure of life in the United States

Anne Applebaum: So that is a very, very real and important possibility. One of the reasons why some very harsh measures are being taken is that there are politicians who wish to portray themselves as doing something very definitive, harsh, and serious, whether or not it actually works.

Actually the example I gave in the article … that I wrote a couple of days ago is actually the closing of the Polish border, which was done very chaotically. It left all kinds of people stranded all over the place. It led to a huge backlog and long lines of people at the border waiting to cross over, which was not healthy and not safe at all at this particular moment. But it’s a temptation, particularly in places like like Poland or like Hungary and the US, where we are behind in terms of the science and in terms of the medical ways of coping with this.

The temptation to make dramatic authoritarian gestures is going to be very strong, and we have one already in Hungary where the government has put forward a law that would give the prime minister, essentially the government and the ruling party, the chance to ignore all laws. They don’t have to obey any existing law. It’s not clear why they need this power, but this is the power they have given themselves, and they’ve accused anybody in the opposition who’s against this measure. They’ve accused them of being pro-virus. If you’re in favor of health and safety, then you’re in favor of giving us these extra powers. Of course, it’s unclear how long this would last, it’s unclear why they really need it, and it’s unclear how else it might be used. You can imagine what gestures like that mean.

The Trump administration and the Department of Justice has also talked about how need powers to arrest people without normal procedures, as if this was a terrorist event or a war. I don’t see why we need to give them that. What do they need that for right now? The only treason I can think of is that it will allow you to allow people to break the law or allow people to evade rule of law for other reasons.

In events like this in history, we started talking a little bit about Venice. Historically, people have been willing to give up certain kinds of freedom in exchange for safety at these kinds of times of crisis. Many people are doing that consensually, like in San Francisco or in Washington, D.C. or in even in London. People are consensually agreeing to go along with it for a limited period of time in the understanding of the public good. Just like people in South Korea have agreed that if you have been diagnosed with coronavirus, you put an app in your phone and you agree to be tracked. All that is fine as long as there are definitive limits, as long as you can retrieve your privacy or retrieve your data once it’s over, and as long as they’re clear end dates and that it’s controlled by elected legislatures, by the rule of law. So this doesn’t have to be a crisis for liberal democracy, but it could be.

Anne Applebaum is a staff writer for The Atlantic and a Pulitzer-prize winning historian. She is also a Senior Fellow of International Affairs and Agora Fellow in Residence at the Johns Hopkins School of Advanced International Studies, where she co-directs LSE Arena, a program on disinformation and 21st century propaganda. A Washington Post columnist for fifteen years and a former member of the editorial board, she has also worked as the Foreign and Deputy Editor of the Spectator magazine in London, as the Political Editor of the Evening Standard, and as a columnist at Slate and at several British newspapers, including the Daily and Sunday Telegraphs. From 1988-1991 she covered the collapse of communism as the Warsaw correspondent of the Economist magazine and the Independent newspaper.

Then The Fish Swallowed Him 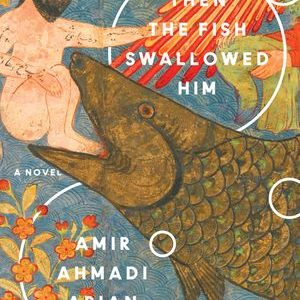 Then The Fish Swallowed Him

I climbed the hillock every day since I took the job at Jannatabad Bus Terminal, but that morning my body begged me to head...
© LitHub
Back to top