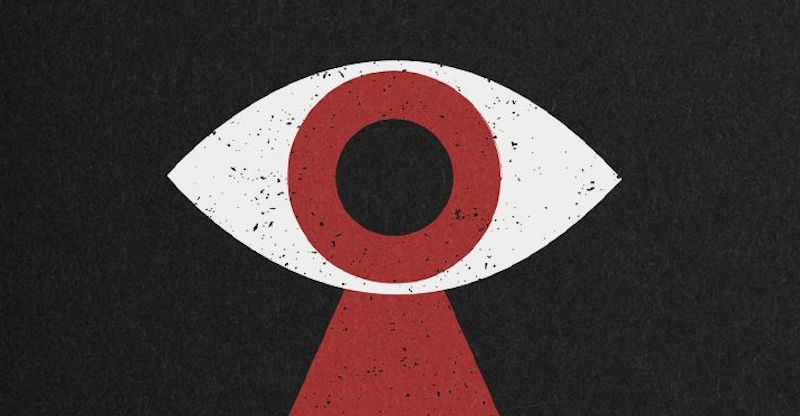 Some books, with their seemingly timeless messages and warnings, never go out of fashion. During the COVID pandemic, for example, Albert Camus’s La Peste became so memetic that I had to ban my Keen On guests from talking about it in the recommended books feature at the end of the show. There are those twin pillars of 20th-century dystopianism, of course, George Orwell’s Nineteen Eighty-Four and Aldous Huxley’s Brave New World.

And then there’s Neil Postman’s 1985 work, Amusing Ourselves To Death: Public Discourse in the Age of Show Business, which warns that we can’t have both our Huxley and our Orwell and requires us to choose between them.

Neil Postman told us that we had it wrong. He argued that we expected to be living in Nineteen Eighty-Four but actually found ourselves in Brave New World. So he made our choice for us. Huxley was right and Orwell wrong, Postman believed. In the mid 1980s, when everyone was glued to their television screens, the New York University media scholar believed, we lived in an Age of Show Business rather than of Big Brother.

Fast forward to today and nothing much has changed. In the age of Donald Trump, Xi Jingping and the internet, we still need to make our choice. We still need to identify the nightmare in which we think we are living. We still need to choose between the narcotic of Show Business and the threat of Big Brother, between Orwell’s ubiquitous politics and Huxley’s absence of politics.

Orwell, I fear, is the easier choice. The Big Brother narrative requires less imagination than that of Big Show Business. Its totalitarianism is more reassuringly all-encompassing. Its systematic appropriation of everything makes sense—maybe too much sense. The medium, then, is as much the message of dystopian fiction as it is of real life.

Donald Trump is more Berlusconi than Mussolini. He’s a classic television villain—exactly the kind of buffoon who, in 1985, Neil Postman imagined would amuse us to death.

Take the internet. Most of the contemporary critics (including myself) of the digital revolution have gone the Orwellian route. Shoshana Zuboff’s Age of Surveillance Capitalism, now the gold standard of digital dystopianism, is a clever remix of Nineteen Eighty-Four.

As Zuboff told me when she came on Keen On, we’ve all become the unavoidable products of Silicon Valley companies like Google and Facebook. They watch us with seemingly affectionate intimacy because they make their money from our personal data. Such inevitability mimics the logic of totalitarianism. Big Tech is as much a prisoner of surveillance capitalism as we are. All roads lead to a digital Nineteen Eighty-Four. Zuboff’s imaginary medium is her message.

Easy. And not entirely untrue, of course. Especially in the 2010s—the glory years of Web 2.0. But in 2022, things are changing. A post-Cambridge Analytica, post-Sheryl Sandberg Facebook, as tech writers from David Kirkpatrick to Sheera Frenkel have reminded us on Keen On, is in crisis. The lights are beginning to flicker in what Mark Zuckerberg once described, in the best Ministry of Truth PR, as his “well-lit dormroom.” Even Zuckerberg has panicked into evacuating his own dystopia—unilaterally changing the name of his company to Meta and grabbing the infinity of virtual reality as his refuge from everybody else’s reality.

But what is replacing Facebook’s Big Brother capitalism? Yes, you guessed it, Neil Postman’s Big Show Business has returned for another blockbuster series. We are back to the future. Back to the Brave New World narcotic of media content that takes our mind off everything.

And so the next big thing is, in classic television fashion, a repeat. Yesterday’s age of Facebook is being replaced by today’s age of the Chinese-owned social media network, TikTok. In 2022, we are being amused to death by inane 15 second clips on TikTok in a not-unsimilar way that we were transfixed by inane 30-minute television shows in 1985. This is where democracy lives (and dies) in 2022.

Early this week, Chris Stokel-Walker, the author of TikTok Boom, came on Keen On. TikTok’s business model, Stokel-Walker explained, is the traditional show business model of all-powerful Chinese studio execs paying the talent for their content. Forget Chinese attempts to infiltrate traditional Hollywood, Beijing—through TikTok’s parent company ByteDance—might already be the entertainment capital of the world. No more surveillance capitalism. No more harvesting of its users’ data. Rather than the product, we seem to have returned to being the consumer on TikTok. Huxleyan soma instead of Orwellian surveillance.

There is one kink to this troublingly neat thesis. Earlier, I identified our times as “the age of Donald Trump, Xi Jingping and the internet.” But the age of Trump and Xi are vividly different times, co-existing as parallel realities in 2022.

Donald Trump is more Berlusconi than Mussolini. He’s a classic television villain—exactly the kind of Truman Show or Being There buffoon who, in 1985, Neil Postman imagined would amuse us to death. The guy can’t even pull off a coup properly. As Keen On guests like ABC Chief White House correspondent Jon Karl told me, the only thing that Trump knows how to star in his own repetitive show.

While Xi Jingping is the real Orwellian deal. He’s a wannabe Stalin or Mao who, through his attempt to transform China into a vast digital surveillance state, is perfecting Orwell’s analog 20th-century dystopia. As Keen On guests have explained, Xi’s China is a surveillance state running on prison camp labor, human right abuse and Leninist ideology.

So that’s the funny thing about our times. Postman was wrong. We don’t have to choose between Nineteen Eighty-Four and Brave New World. In 2022, we can have both George Orwell and Aldous Huxley. In America, we have a Chinese-owned social media company that is amusing us to death with 15-second video clips of noisy teenagers. While in China, we have a Big Brother state using the American invented technology of the internet to perfect totalitarianism. That’s the upside of globalization. Something for everybody. 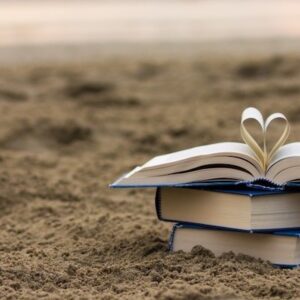 Hilary Mantel's Learning to Talk, Ed Yong's An Immense World, and Riley Sager's The House Across the Lake all feature...
© LitHub
Back to top