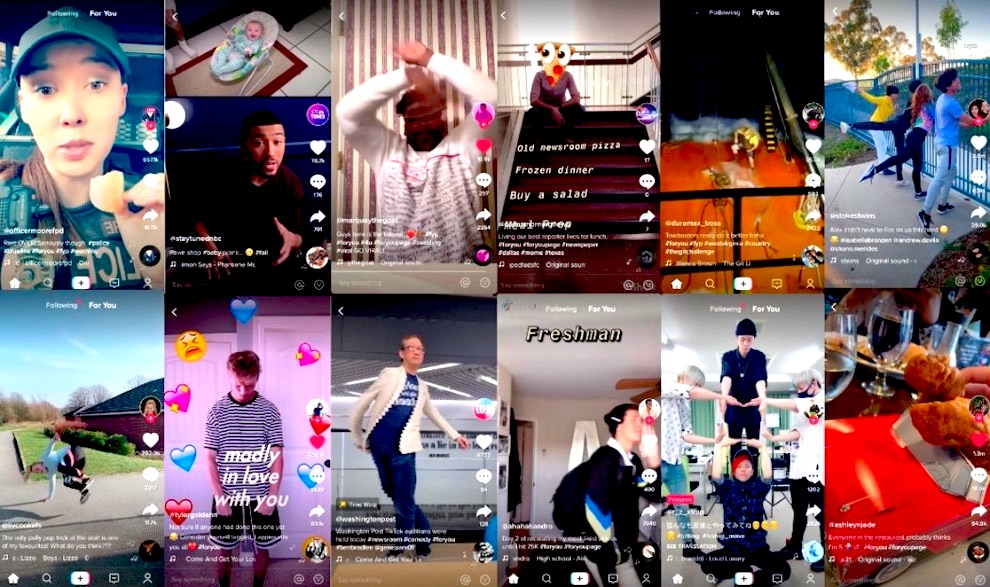 TikTok Ascendant: Where Democracy Lives (and Dies) in the Age of Social Media

The Wednesday evening homepage of BBC.com reflected these priorities. Above the digital fold of this old mainstream media publication, there was much hoopla about Depp coming out “on top” in the Fairfax County courtroom. Buried beneath this noise, there was news about multiple murders at a medical facility in Tulsa as well as the latest Russian atrocities in eastern Ukraine.

Media prioritization of the trivial over the serious isn’t, of course, new. Neil Postman reminded us about it in Amusing Ourselves to Death, his 1984 Huxleyan polemic against the Brave New World narcotic of television. And the inanity of that narcotic reached what seemed, at the time at least, to be its climax in June 1994 with the LAPD car chase of O.J. Simpson, a real-time police celebrity drama raptly watched by 95 million television viewers.

But in June 1994, there was no social media—no Twitter, no YouTube, no TikTok. The O.J. Simpson soap opera was, in fact, an end rather than a beginning—one of the last mass-produced top-down dramas of the 20th century.

Almost thirty years later, we are in the early stage of something both quite familiar and very new—today’s social media age. Rather than the 1994 O.J. trial by networked television, we now have the 2022 Heard/Depp trial by TikTok.

We continue to amuse ourselves to death. But on a scale and in a form that might have even elicited an OMG from Neil Postman. In contrast to those 95 million network television viewers of the O.J. car chase, there are now, for example, over 18 billion views of TikTok videos simply featuring the hashtag #Justiceforjohnnydepp. And these billions of 21st-century social media users are radically more engaged than their 20th-century network television ancestors.

We need today’s TikTokers to wake us up. But not too violently. So that the new cure becomes as deadly as the old disease.

Rather than consuming professionally produced video, today’s mostly young TikTokers are remixing their own content, distributing their own memes, adding their own signature commentaries. This is a culture of action rather than passivity, of directness rather than representation of talking rather than listening, of youth rather than experience.

Back in 2013, Tom Standage, the author of the excellent Writing on the Wall: Social Media–the First Two Thousand Years, appeared on Keen On to outline this new/old social media age. As Standage argued, we’ve been here before many times in history. From Marcus Tullius Cicero’s publicly distributed letters to Martin Luther’s writing on a church door to the coffee houses of 18th-century London, he suggests, we’ve embraced social media because we are, by definition, social creatures. We do social media, Standage argues, because we are human.

So, if Standage is correct, today’s social media age of #justiceforjohnnydepp is a return to something familiar. In contrast, what is a historical oddity is the industrial top-down media system that manufactured the O.J. Simpson brouhaha at the end of the 20th century. And the only thing new—really new—about digital social media networks like Facebook, Twitter, YouTube and TikTok—is their global scale. Close your eyes. It’s not that hard to imagine Martin Luther on TikTok. OMG. #justiceformartinluther.

Our return to social media—with its youthful culture of direct action and its focus on talking rather than listening—may be the key to making sense of so much that appears weird about life in the 2020s. Over the last week, I’ve done Keen On interviews with a couple of notables from the old media world: the Hollywood power broker George Stevens Jr and the star of the long-running television show, Bar Rescue, Jon Tapper. Both are elderly white men. But it’s their ideas that, in our social media age, now seem so absurdly archaic. Stevens remembers what he calls a “golden age” of Hollywood. I don’t suppose most TikTokers would agree.

Today’s supposed “crisis” of democracy, I suspect, is bound up in the shift from the networked television to a social media age. Top-down representative democracy appeared God-given when 95 million people dutifully tuned in to watch O.J.’s white Ford Bronco get chased up a highway by a Sugarland Express-style posse of LAPD cars. Democracy needs to catch up with our social media age.

And as so many Keen On guests have suggested over the last few years, we need more direct forms of democracy, more citizen assemblies, more channels for transforming the top-down power structures of Washington DC into something more relevant for our social media age.

And I wonder if our “crisis” of public health, with its “pandemic” of youthful anxiety, is also both a cause and a consequence of this new age. Earlier this week, I interviewed Kimberly Wolf, the author of Talk with Her, a guide for fathers to talk to their daughters. There’s a disconnect, Wolf suggested to me on Keen On, between the noise of social media and the silence of the family. So dads (and moms) need to catch up. They need to learn to talk to their kids. Rather than reading self-help books, parents should probably just get on TikTok and learn to talk, talk, talk.

As Tom Standage argued back in 2013, social media doesn’t really have much to do with technology. That’s its noise rather than signal. The problem today is that the pro- and anti-social media camps are fixating on tech and thus missing its real significance.

So, for example, earlier this week the Silicon Valley-based media scholar Nirit Weiss-Blatt came on Keen On to argue against what she calls the “Techlash” and its hostility to social media. But the relevance of today’s TikTok generation is its youthfully direct style and creative energy, not its technology. When we talk tech, we are usually talking about something else. It’s like sex. Or family.

Last week, Jamie Dimon, the JP Morgan CEO, warned about what he described as the “hurricane bearing down on our economy” caused by inflation and the war in Ukraine. But I wonder if there’s another, more destructive hurricane that has already hit society. We’ve arrived in the age of social media without us quite realizing it. That may be the root of our general anxiety, our sense of an impending apocalypse, our doomy pessimism. We are living in a new world with old ideas. The challenge is to reverse this and live in an old world with new ideas.

I began this essay in full Neil Postman style (yawn), bemoaning our prioritization of the Amber Heard vs Johnny Depp social media trial over seemingly more significant events like mass-murders and foreign wars. Yes, I’m just another boring old white guy too, in my Brave New World hysteria that TikTokers are amusing themselves to death. I’ve even bored myself over the last 1000 words.

So, yes, we need today’s TikTokers to wake us up. But not too violently. So that the new cure becomes as deadly as the old disease. #justiceforhumanity.

The Maker of Swans 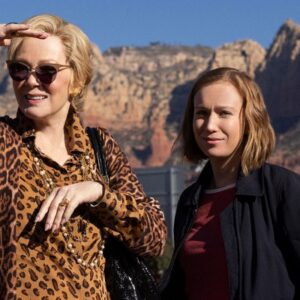 “How many women do you have to care about to be a feminist?” That’s the setup of a joke in the HBO Max comedy series...
© LitHub
Back to top