Just because Walt Whitman self-published poetry, doesn’t mean you should too • In conversation with Lucy Ellmann, who was—until her recent Booker Prize nomination—“the greatest American novelist no one in America had heard of” • On Gormenghast, The Big Book of Fantasy, and the sci-fi and fantasy that defies easy categorization • Honor Moore on the private moments that lead to a public movement • Brief interviews with imaginary friends (and the kids who love them) • Rosie Schaap spends a night trailing poet-turned-sommelier Amanda Smeltz • Tash Aw on living and writing as a divided Southeast Asian • Mirza Waheed on Kashmir under siege • Jhumpa Lahiri on editing an anthology of Italian fiction, and the need for more literature in translation • Christopher Ingraham on the importance of understanding purple America • Laura van den Berg on her family’s drive to see the unseeable • Nicholas Lehmann tells the story of community activist Earl Johnson • Five questions for Emma Donoghue • Rion Amilcar Scott and Danielle Evans discuss long-term revision, the risks of satire, and the “multiplicity of blackness” • Why don’t we listen to dogs? • Michael Scammell on the eerily prescient lessons of Darkness at Noon • When D.H. Lawrence’s “unlovely” paintings were confiscated by Scotland Yard • On Fadhil al-Azzawi, the Iraqi writer who modernized poetic forms • Kassandra Montag on the mythic Icelandic women that taught her to write blunt, unabashed characters • Brandon Taylor on what it is to grow up afraid • On Eric Garner, Jean-Michel Basquiat and police brutality as American tradition • In anticipation of the 2020s, here are some books from the 1920s worth reading now

Celebrate Leo Tolstoy’s 191st Birthday by reading this grouchy 1886 review of War and Peace • The Divers’ Game author Jesse Ball recommends five texts that changed his students forever • This week in Secrets of the Book  Critics: Jess Bergman on the brilliance of Middlemarch, Muriel Spark, and Dorothy Edwards • New titles from Stephen King, Margaret Atwood, and Lucy Ellmann all feature among the Best Reviewed Books of the Week

John Vercher on graphic novels that explore social justice • A look at four iconic crime protagonists and the series they came to define • Read more spy fiction written by women, about women • Eleni Theodoropoulos on gothic storytelling and Scooby Doo • Olivia Rutigliano explains why the 90s rom-com was built out of the tradition of detective fiction • A hundred years ago, the country debated whether to arm women to combat sexual assaults • Alex Segura on the long, proud tradition of jazz-infused noir • Discover the world of forensic ecologists, the scientists who solve crimes by studying plant life

A Fist or a Heart 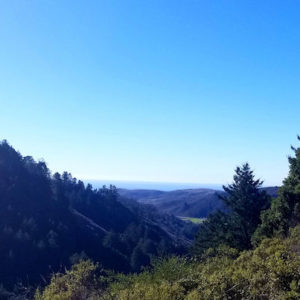 When Elizabeth Rush was preparing to join a research expedition bound for Thwaites Glacier in Antarctica, she immersed herself...
© LitHub
Back to top