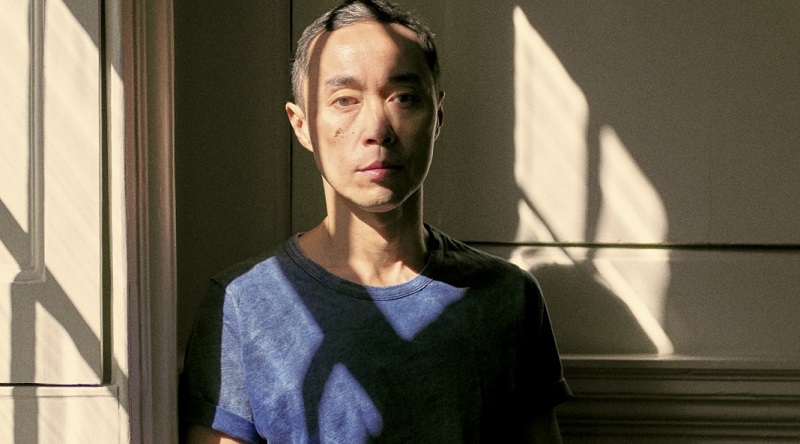 Tash Aw: Living and Writing as a Divided Southeast-Asian

On Privilege, Unfairness, and Wanting More From Life

My parents were born into families that lived deep in the heart of the Malaysian countryside, on either side of the mountain range that splits the country in two. Both are the children of immigrants from southern China. My mother’s side of the family—Hokkien speakers from Fujian Province—settled in a small town called Parit in the state of Perak, where my grandparents opened a sundry shop that my uncle and aunt still run today. My father’s family—slightly more recent immigrants from Hainan island, the southernmost point of China—endured a more peripatetic existence, living in a series of jungle towns in the remote northern state of Kelantan (Temangan, Machang, Kuala Krai: the names mean little even to most Malaysians). Neither had much money, and life in those isolated provinces often resembled a series of battles—against hunger, illness, floods and the lack of work.

Yet my parents had little sense of their childhoods being difficult. Their rare stories about their upbringing are characterized by a matter-of-fact tone, an acceptance of suffering as a natural part of life. When my father told me about not having owned a proper pair of shoes until he was ten years old, he did so not in order to make me feel guilty about the privileges I had, but to emphasize how far he had come in life. Both he and my mother worked hard at school and got lucky. They found jobs and managed to move to the city. Some of my aunts and uncles managed to make similar moves; others did not.

No one in the family feels that this division is unfair, or that luck and fortune might have been distributed more evenly across the spread of young men and women striving to find their place in the world, for my parents and those of their generation grew up with the belief that they were entirely in control of their destiny, and that the life they ended up with was that which they created for themselves. This is the mentality they handed down to us—one that is shared by virtually everyone I know in Southeast Asia.

I went to a government school in Petaling Jaya, a sprawling, unremarkable suburb adjacent to the capital city, but spent my school holidays with my relatives in the countryside. For most of my childhood, I had no idea of being different from my cousins: we spoke a mixture of Hokkien, Cantonese, and Mandarin between ourselves, Malay with the other villagers. I helped out in the shop, selling sweets and bars of soap in the mornings, when the town was at its busiest. In the afternoons, when the sun was at its hottest, we would go down to the riverbank to catch fish and wade in the warm soupy water, or just relax in the shade of the spreading trees. We listened to Cantonese pop music and knew the words to all the Leslie Cheung and Anita Mui songs. We had no idea that life was soon going to pull us apart, and there was nothing we could do about it.

The books I was reading both at school and outside it were reshaping the way I thought. When I hung out with friends who lived in the comfortable suburbs on the fringes of Kuala Lumpur, their parents would have magazines like National Geographic or Newsweek, and when I flicked through them and read about the Brazilian rainforests or perestroika in Russia, I felt that I belonged to the same world as those distant people and places, even if I’d never have the chance to see them. A few kids at school would come back from the long vacation with t-shirts and souvenirs from travels to Tokyo or San Francisco. Others had older siblings who were applying to college abroad, and suddenly we were hearing names—Oxford. NUS. Harvard—that meant nothing at first but would take on greater significance as we hurtled towards the end of high school.

My parents’ rare stories about their upbringing are characterized by a matter-of-fact tone, an acceptance of suffering as a natural part of life.

During school holidays, my time in the village was no longer one of easy intimacy with my cousins. The days ceased to be endless and lazy, but were filled instead with a restlessness, an impatience I couldn’t define. Without meaning to, I started using words like industrialization and deforestation, which were greeted either by a puzzled silence or robust teasing by my cousins, who imitated the way I spoke. My older sister, who cared less about these things, wrote out long sentences in her French grammar book in the middle of the shop, ignoring the villagers to whom she had not so long ago happily sold hair brushes or school uniforms to.

I didn’t like the mockery of my cousins and couldn’t figure out how to deal with the sudden chasm that appeared between us. Our conversations became civil but stilted; I stopped spending time with them and locked myself away to read my books in private. Less than ten years later, I would have graduated from college in England and started writing a novel, in English. My cousins would still be trying to find steady employment, having left the dying rural communities in which they’d grown up. Three decades later, I have a career as a novelist; some of my cousins work in factories, or as waiters or bus drivers in small provincial towns.

The story of my family is the story of modern Southeast Asia: in just one generation, we have managed to separate ourselves into two very distinct worlds. We are taught to believe that the lives we have are the lives we deserve, and that success is available to all. But the truth is that agency is only one part of the story, and only a small majority have truly benefited from thirty years of intense social mobility. Those cousins who remain trapped in tough jobs in the countryside are no less intelligent or hardworking than the people I know who work in investment banks in Kuala Lumpur, but their lives couldn’t be more different.

I now inhabit a social circle where people can decide how they want to live—what kind of food to consume, how to educate their children, where to go on holiday—but many of the people I grew up with do not have the luxury of choice.

For most of my life, I’ve tried to make sense of my position straddling the ever-widening gap between these two worlds; sometimes it feels as though I have a foot planted on two tectonic plates pulling in opposite directions. My education has made me a different person—a person who reads, goes to the theater, has an interest in world affairs: a person I’ve always wanted to be. Yet part of me remains anchored in small-town Malaysia. After dinner parties in London or New York, where no carbs are served, I find myself gorging on instant noodles when I get home. Just as I have a weakness for particular types of greasy street food, my playlists are full of the syrupy Chinese pop songs that people sing at karaoke joints. Now and then, sitting on the stage at a literary event in a faraway place like Stockholm or Melbourne, I look out at the sea of faces—predominantly white, often middle-aged, always middle-class—and I find it hard to believe that they are there to listen to me speak; I find it difficult to feel that this life—the privileged life of a novelist—belongs to me.

The story of my family is the story of modern Southeast Asia: in just one generation, we have managed to separate ourselves into two very distinct worlds.

In our desperation to project positive images of ourselves to the world, we pretend that our shiny middle-class selves represent the entirety of our identity and deny the struggles that we face—as individuals, families and societies. We invest little in social security or healthcare or education, but make it easy for private companies to open expensive hospitals or schools. Kuala Lumpur alone has nearly 80 private international schools, while standards of government schools, such as the one I went to, languish.

The truth is that the privileged few and those for whom life is a constant high-wire act of survival are part of the same narrative. Just as it is impossible to separate the two parts of my family—the two parts of me—it is impossible to ignore the people being left behind in a rapidly globalizing world. As hard as we might try, they are still there, still surviving, a constant reminder that we are in danger of losing our humanity, as well as the optimism that made all this growth possible in the first place.

Unlike my parents, I can’t accept that fate and fortune should favor some and not others. We’ve spent three decades wondering how to transform ourselves into something better, but I wonder if we’ve lost sight of what being better really means. Tash Aw’s We, the Survivors is out now from FSG.

Tash Aw was born in Taipei and brought up in Malaysia. He is the author of The Harmony Silk Factory, which was the winner of the Whitbread First Novel Award and the Commonwealth Writers’ Prize for Best First Novel and was long-listed for the Man Booker Prize; Map of the Invisible World; We, the Survivors; and Five Star Billionaire, also longlisted for the Man Booker Prize in 2013. He is also the author of a memoir of an immigrant family, The Face: Strangers on a Pier, a finalist for the LA Times Book Prize.

A Working Night in the Life of a Poet-Turned-Sommelier 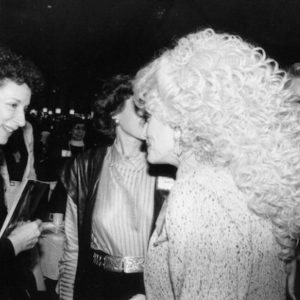 Well, today is the day you've all been waiting for: Margaret Atwood's hotly hyped, closely guarded, imperfectly embargoed,...
© LitHub
Back to top