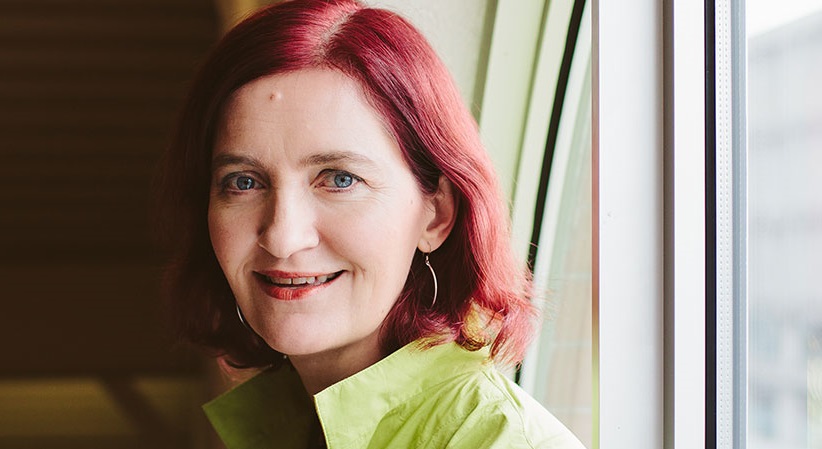 Emma Donoghue on Hamilton, Writer’s Block, and Giving Up on War and Peace

5 Questions for the Author of Room and Akin

Emma Donoghue’s Akin is out now from Little Brown.

What do you always want to talk about in interviews but never get to?
I’m going to sound like a geek here, but the questions I love are the technical ones about the craft of writing. See, I spend so long mulling over such issues as who is to be the point of view (or one of several points of view) of my novel, and who isn’t (with the advantage that the latter characters are somewhat veiled from the reader); whether they should appear as I or he or she; whether they should narrate it in retrospect or moment by moment (and if that, in the present or the past tense).

I still remember my tingle of excited relief with my second book, in 1995, when I was interviewed on BBC Radio 4 and instead of posing the usual boringly extraneous questions (“What’s it like being a lesbian in Ireland?”) the interviewer asked me about my alternation between the present tense and the past. However, that’s just me; I do see that many readers (and therefore the journalists who aim to please them) are more interested in a chat about the story and characters of the book, with disbelief firmly suspended all around (“So what do you think Jack’s like when he grows up?”). Or in learning about the author’s own life, because that brings a sense of intimacy.

Also, my partner once warned me that I’m like a magician who explains her tricks; I probably shouldn’t let readers in on the mysterious process of writing as much as I’d like to, in case it makes it seem more like carpentry than architecture.

How do you tackle writer’s block?
I say this with gratitude rather than smugness, I swear: I’ve never had it. First of all I’m lucky; my ideas and pages may not necessarily be good, but they tend to keep flowing. Secondly, I have work habits that work for me: I write every day I can find the time, on a variety of projects (usually at least two at a time, more like eight over a year) to stave off boredom, setting myself deadlines for each draft. I try to harness the power of nervousness by saying yes to new genres (e.g. film, children’s fiction) in which I feel like a newbie/fraud.

Thirdly, maybe it’s a matter of how you define writer’s block. Of course I have times when the words don’t come; that’s when I do some of the many other building or tidying tasks involved in the writing, publishing, or publicizing of a book (or story, or play, or screenplay). If there’s a day on which my brain is completely sluggish I call that a research day and jump down a particular internet rabbit hole or go to the library. What I never do is panic and declare that the muse has abandoned me just because I’m not feeling it that day. (It strikes me now that this is much like keeping up a long-term love relationship.)

Which book(s) do you return to again and again?
Not many—as I always seem to be in a rush to read the next book—but those I do matter to me very much. I’m on my third journey through Philip Pullman’s His Dark Materials, for instance, this time reading them to my 12-year-old. I’ve been through Shakespeare and Austen and Dickens twice and am eager for a third go, because my memory isn’t sharp enough to keep the characters or lines as alive in my head as I’d like them to be. I’ll always go back to the poems of Emily Dickinson, the comic fantasies of Terry Pratchett. I’d like to climb into Neal Stevenson’s Baroque Cycle and live there for a decade (if it wasn’t for the kidney stones).

Which non-literary piece of culture—film, TV show, painting, song—could you not imagine your life without?
I know I have this in common with so many kids—I saw one well-fed Canadian tween at the school bus stop today with a backpack that proclaimed “just like my country I’m young, scrappy and hungry”—but it’s got to be Hamilton. I’ve been fortunate enough to see Lin-Manuel Miranda’s masterwork in New York (with him still starring in it) and London, and I can’t wait to see it a third time. Having done my PhD on 18th-century fiction, I knew I would be a sucker for anything that makes that periwigged period seem cool—Amadeus was the first I encountered that pulled that off—but I’m almost embarrassed by how much this musical amuses, grips, engages, moves and satisfies me. As someone totally ignorant of hip-hop, I’m bedazzled by those rhythms and rhymes.

I suppose there’s a danger that audience members who don’t know the “actual facts” will come away with a false sense that the Founding Fathers (many slave-owners in fact among them) were woke multicultural dudes, but I still think that risk was worth taking, to make a piece of wildly popular, devastatingly smart art in which today meets back then with the force of a slap to the head. When I hear people saying they won’t bother even trying to get to Hamilton because of the hype, I tell them that it’s the best evening I’ve ever spent in a theater (twice), and that it makes all other musicals seem dated.

Name a classic you feel guilty about never having read (why)?
I used to say in interviews that I’d read War and Peace in my teens—to express what a bookish nerd I was—but when I went back in my twenties to “reread it” I was appalled to find it was all unfamiliar. Having given up at least three times—I usually get stuck at the Freemasonry section—I recently decided that (my) life was too short, and let myself enjoy Andrew Davies’s pacy, soapy, ravishing TV series version instead. More and more I feel there’s no accounting for taste, or arguing with your literary taste buds, so if I haven’t read Proust or Faulkner by now, never mind, there are so many other books to read instead. 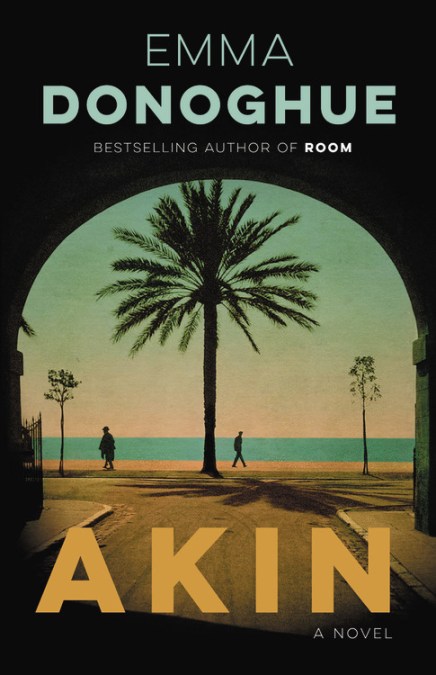 Emma Donoghue’s Akin is out now from Little Brown.

What Incarcerated Writers Want the Literary Community to Understand 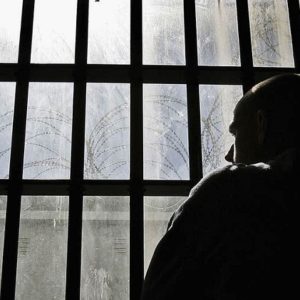 What Incarcerated Writers Want the Literary Community to Understand

Through the piles of white envelopes stacked on my desk, each marked with a red correctional institution stamp, an unusual...
© LitHub
Back to top