TODAY: In 1995, Eileen Chang, one of the most influential modern Chinese writers, dies..

Gary Shteyngart has content coming out of his pores (and other revelations) • A taxonomy of college roommates, based on their taste in books (including why all 18-year-old Joyceans are secret grifters) • Why treating John Ashbery’s poetry as a series of puzzles to be solved is missing the point • Inside Bill Cunningham’s war time Paris • What was Truman Capote’s personality type? On the lengths Berkeley researchers went to study creativity • “When you can eliminate or paralyze identity, make your enemies’ cultures either nonexistent or criminal then you’ve done one better than genocide.” Walter Mosley on the terrifying implications of historical erasure • Attention, writers: Pat Barker urges you to disregard the clutter in your under-sink cupboard • Getting inside the mind of a plagiarist: Kevin Young goes deep into the world of American hoaxes • Heather Morris on how she learned the story of Lale Sokolov, the tattooist of Auschwitz • Shaun Blywell has no regrets about his time as the proprietor of a bookstore in rural Scotland (but he allows for ample grumbling) • Low-income communities suffer disproportionately from the effects of climate change; Mary Robinson on the necessity of addressing this dispailarity • Evan Fallenberg writes in praise of epistolary novels (which scratch the snooping itch with none of the real-world consequences) • Nathaniel Rich and Juliana Spahr discuss the politics of climate change and the poetry of politics on Fiction/Non/Fiction; with Whitney Terrell and V.V. Ganeshananthan • Take it from the obsessives: 14 books Lit Hub staff and contributors think you should read this month • The excruciating playlist designed to inflict untraceable physical and psychological damage on detainees at Guantánamo Bay • On cataplexy, the sleep disorder commonly triggered by a joke (or possible by hearing the tragic love story of two lost spirits in the second circle of hell)

One Person, No Vote author Carol Anderson recommends seven books on democracy and its challenges • This week in Secrets of the Book Critics: PopMatters Contributing Editor Jenny Bhatt on Virginia Woolf, Zadie Smith, and Cultural Critics of Color • Anne Enright on Sally Rooney, motherhood on the road, James Frey’s latest attempts at career suicide, and more Book Reviews You Need to Read This Week • Gary Shteyngart’s Trumpian satire, Lisa Brennan-Jobs’ chronicle of her childhood, and John Kerry’s extra memoir all feature among our Best Reviewed Books of the Week

From maddeningly impractical aristocracy, to strangely seductive twins, Laura Marshall highlights the marvelous dysfunctions and sociopathic charms of fiction’s most alluring families •  Espionage, gaslighting, and conspiracies abound in September’s best crime fiction •  As the mystery world’s largest convention, Bouchercon, continues this weekend, a roundtable discussion with the Anthony Awards nominees on the state of the crime novel • From “Psycho” to “The Perfect Nanny”, Sarah Pinborough rounds up 10 mystery novels based on real life crimes • Craig Johnson on westerns, crime, and Longmire Days • “Perfect couples are just a perfect illusion.” Kaira Rouda looks at the vicious intimacies and eternal appeal of the marriage thriller, and picks 7 recent standouts in the genre • “I spend a great deal of time in the city’s cemeteries. I’m not a morose person; there’s just something there for me.” George Pelecanos on his new novel, the new D.C., and old haunts • “There’s something sinister about the Midwest.” A beginner’s guide to Midwestern noir, as recommended by Mindy Mejia • “Nothing is heroic in organized crime.” Roberto Saviano, still a target after the publication of Gomorrah, discusses his new book about the boy gangs of Naples • Back-to-School Noir: Lisa Levy looks at a new generation of campus novels and school mysteries • Author and screenwriter Peter Blauner on depictions of police in crime fiction and finding a space between good cops and bad apples

"The President of Coca-Cola" 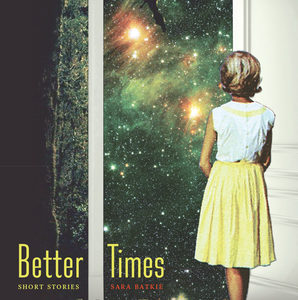 They pull up to the hospital in a red car, can’t tell the make or year. There’s something familiar in them, even after...
© LitHub
Back to top