Telling the Unlikely Story of an Auschwitz Survivor

Heather Morris on the Final Years of Lale Sokolov

Born and raised in New Zealand, my rural upbringing allowed for adventures through the stories of others, and I was often punished for vivid daydreaming. Far-away lands with exotic inhabitants and strange animals excited and enticed me. I wrote plays, but our rather dull jersey cows contributed nothing to my attempts to engage them as actors. My parents called my attempts at play-writing a waste of time. There were more appropriate chores for me. They won out and eventually my “fanciful” daydreaming ended. I stopped writing, but never gave up on reading, the one thing they did encourage me to do in the evening, when all chores were done.

Even after I moved on from my small town, after I had traveled, had love affairs, got married, and had three children, I was restless. Something was missing in my life. It wasn’t until I started working in the social work department at a large metropolitan hospital that I realized I missed writing; something there had allowed me to start telling stories again. This time, instead of looking elsewhere for inspiration, I began using some of my own experiences in my writing.

I wrote a screenplay about a boy in the hospital very much like the one where I worked. It was never produced, but it set me on a path that changed my life. I began looking for real-life inspiration for my creative work. I saw a small article in a newspaper about the 1956 Melbourne Olympics noting the head of security had been only 23 years old at the time. I sought out the man, now nearing retirement, and asked him about his life. I learned the secrets and details of lies, spies, murders, and abductions that took place during these Olympics. It was a screenwriter’s dream.

Developing a story based on real-life events and subjects felt natural to me.  Everywhere I looked, I saw potential story lines. Knowing I was always looking for real-life subjects, a friend of a friend told me about a man with a story to tell, a man who needed his story told, though he didn’t necessarily know how it should be told, or to whom.

And so I met Lale Sokolov.

On a Sunday afternoon in a quiet, tree-lined inner suburb of Melbourne I climbed the stairs to Apartment 3, knocked, and 87-year-old Lale Sokolov opened the door, guarded on each side by a dog, one the size of a small pony, the other smaller than my cat. Lale had been a prisoner in Auschwitz-Birkenau, where he met his wife Gita and fell in love with her. I knew from the beginning that theirs was not a simple love story. Lale had held the hand of a trembling young girl, her head shaven, dressed in rags as he defiled her body with numbers—he was a tattooist at the concentration camp.

He spoke to me for two hours the first day I met him. At one point he got up and retrieved a photo from a nearby console. A smiling Gita looked at us both. “She was beautiful, wasn’t she?” he whispered. He clutched the photo to his chest for several minutes before placing it on the table between us.

It was Gita’s death that led her husband of 58 years to ask their son to find someone to whom he could tell his story; a story he and Gita had kept to themselves since 1945.

I visited Lale two to three times a week for six months. I deliberately chose not to take any recording device with me for the first several months; it was important for Lale to take his time, and for us to get to know each other. I was getting his story piecemeal, often told at bullet pace with limited coherency and with no flow or connection to the many, many stories he told. But it didn’t matter. Sitting with him, listening to him was spellbinding. Over time, I began to make sense of the various pieces. The vignettes of Lale and Gita’s life in Auschwitz were combining into the most amazing love story. I was hearing of acts of incredible bravery and compassion alongside acts of atrocity and barbarism known all too well. Sometimes Lale seemed confused or refused to share details that seemed important. It was obvious he was still grieving terribly; he often repeated that he wanted to be with Gita.

“I knew from the beginning that theirs was not a simple love story. Lale had held the hand of a trembling young girl, her head shaven, dressed in rags as he defiled her body with numbers—he was a tattooist at the concentration camp.”

Still, we continued to meet regularly. Every second or third visit, we would go out for coffee, or to a movie, or meet up with some of his old friends and I would scold him for introducing me as his “girlfriend.” I knew it was important to spend this kind of time with Lale, to get to know him well enough that he’d be comfortable telling me things he’d never told anyone but Gita, and also so that I could get a more complete picture of the kind of person Lale was, the things he liked to do, the way he conducted himself.

Over the next six months I learned a lot about Lale. I learned he still considered himself a “mumma’s boy,” that he felt connected to women more than men, preferring their company. He would talk about his mother as if he had seen her recently, not over six decades ago. He also admitted to me that he had not been close to his father and carried guilt that he often had told his father he was not going to be like him. By this he meant he didn’t want to have a menial, low-paying job and be emotionally disconnected from his family. Only as an adult and father himself did he appreciate the sacrifices his father had made.

When Lale’s 89th birthday rolled around, ten months after we met, I had a first draft of my story ready to give to him. He delighted in seeing his and Gita’s name on page after page. I explained to him why parts of it had to be fictionalized: I wanted to give the men he played football with names when he couldn’t remember them. I got from a friend of Gita’s details of life in the women’s camp so I could write Gita into the story more, something that would be denied me in a memoir. I needed to fictionalize so I could weave together the love story and the better known story of history.

I had thought that my purpose in writing things down for Lale was to help him be a witness to history. But over the months I came to see that by unburdening himself of the trauma and tragic events of his time in Auschwitz-Birkenau, Lale could begin to heal, emotionally and physically. The man who had told his son he would not be long for this earth began to laugh again. Lale lived independently, enjoyed every day of his life until three days after he turned 90, three years after his beloved Gita’s death. His son said our talks had given his father those “extra” years, years he had never expected to have.

My book, The Tattooist of Auschwitz, is the story of prisoner 32407, and prisoner 34902, two Slovakian Jews, two ordinary people living in an extraordinary time, deprived of their freedom, their dignity, their families and even their names, and how they survived unspeakable horror to live and love for over 60 years. It’s a story I am honored to tell. I hope, when they read The Tattooist of Auschwitz, readers will hear only Lale’s voice, that I the writer remain silent in the story that has nonetheless become entwined with my own story of learning and recording this tale.

Heather Morris is a native of New Zealand, now resident in Australia. For several years, while working in a large public hospital in Melbourne, she studied and wrote screenplays. In 2003, Heather was introduced to an elderly gentleman, Lale Sokolov, who "might just have a story worth telling." As their friendship grew, Lale entrusted the innermost details of his life during the Holocaust to her. Heather originally wrote Lale’s story as a screenplay before reshaping it into her debut novel, The Tattooist of Auschwitz, which is now available from Harper Paperbacks.

Getting Inside the Mind of a Plagiarist 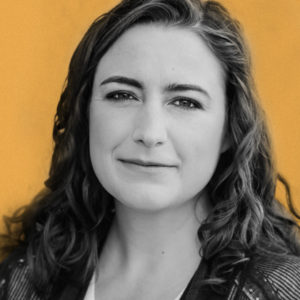 “We are safe in the house,” thinks Daphne, the main character of Lydia Kiesling’s debut novel, The Golden State. It is her house,...
© LitHub
Back to top