TODAY: In 1840, Emily Dickinson begins her studies at Amherst Academy, where she studied subjects ranging from botany to “mental philosophy.”

Is Goodnight Moon Freemason propaganda? (And more important questions raised by these one-star Amazon reviews) • Let us now hear the tale of the Hodag, legendary monster of the mighty Midwest • Jennine Capó Crucet on political (and natural) disasters in her home state of Florida • On dark tourism: Murder, hauntings, and the serial killer capital of Australia • Hanif Abdurraqib on book tours, vacations, and the joy of coming home • From gutting fish to entertaining with Alison Roman, 12 of the fall’s tastiest cookbooks • Donna Masini on familial anxiety, and the tyranny and comfort of things • On narrative medicine and finding new ways to talk about pain • Meredith Talusan on the complexities of telling the Filipino immigrant’s story • From the city of samurai to the gardens of nobility, all of Tokyo’s identities live on in its literature • Charles Johnson remembers the great Paule Marshall, who died last month at 90 • On the unlikely extremes of Maoist influence on the West • Mike Magee on the dark side of the Medical Industrial Complex • Elizabeth Ames, progressive novelist, on the pitfalls of sharing a name with Elizabeth Ames, free marketeer • What not to expect from your MFA • How a good conversation is like a (good) game of tennis • Dylan Jones on “Wichita Lineman” and one of the greatest musical couplets ever written • Olga Zilberbourg on the subtle subversion of Soviet propaganda in Aleksandr Volkov’s adaptation of The Wizard of Oz • On Charles S. Wright, the writer who rejected the Black literary bourgeoisie • Read a newly translated story by Etgar Keret, translated by Jessica Cohen • Not sure what to read and feeling listless? Here’s THE ULTIMATE list of the most anticipated books of the fall, based on many other lists

CrimeReads has your guide to all the best crime and mystery shows streaming this month • Ten new crime and mystery books to read this September • Catherine Ryan Howard tells us not to fear incorporating technology into a modern thriller • Paul French takes us on a crime fiction tour of the Hamptons • What is it about podcasts that so enchants us? Emily Stein takes us to PodCon • Stephanie Van Schilt on seven true crime podcasts that don’t sacrifice ethics for storytelling • Dominique Kalifa on theVictorian Era’s obsession with slumming • Seven contagion classics that are sure to get under your skin, from David Koepp • Six crime novels that roar with the soul of the 20s, from Ashley Weaver • “There’s nothing so contagious as covetousness.” Jamie Mason on the shadowy world of art theft

Emma Cline's next book is a short story collection called Daddy, and it's coming out soon. 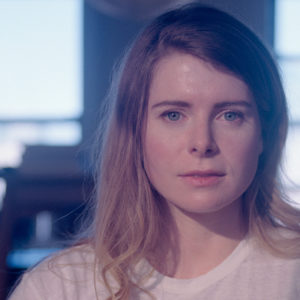 Emma Cline's next book is a short story collection called Daddy, and it's coming out soon.

Good news for all fans of strange cults, luscious writing, and page-turners: as Publishers Lunch reports, Emma Cline's first...
© LitHub
Back to top