There is much to be said of importance for literary culture in general and black American literature in particular when we reflect on the life of the late novelist Paule Marshall. I will discuss all this, but I’d like to begin with an anecdote about my only encounter with this grand lady.

On November 11, 1991, I had the privilege and pleasure of reading with Marshall at the Poetry Center in NYC. I felt it was an honor because I’d long been an admirer of her novel Brown Girl, Brownstones, published in 1959 when I was 11 years old. She was unpretentious and down to earth. A woman of character and common sense. A wise elder I felt I could trust.

Earlier, in my 1988 critical study Being and Race: Black Writing Since 1970, I enjoyed examining her oeuvre at the time, writing that, “Her art is distinctive for several reasons, not the least of which is her dual American and West Indian background, which provides her with an interesting interface of cultural variations within the black diaspora.

“And her career, stretching 30 years from her first story, ‘The Valley Between’ (1954) to her novel Praisesong for the Widow (1983), is notable for both her steady production of first-rate writing and her spiritual balance and emotional maturity. Dorothy L. Denniston shows, in her article ‘Early Short Fiction of Paule Marshall’ (1983) that Marshall’s apprentice work exhibits sensitivity to the inequity in sex roles long before the issue became widespread. In her story ‘Reena’ (1962), originally published in Harper’s magazine, she portrays… the agony of black women like Reena who are socially punished simply for being dark in complexion: ‘My mother,’ her protagonist writes, ‘stopped speaking to any number of people because they said I would have been pretty if I hadn’t been so dark. Like nearly every little black girl, I had my share of dreams of waking up to find myself with long, blonde curls, blue eyes, and skin like milk.’ Like the heroine of Zora Neale Hurston’s Their Eyes Were Watching God, Reena is exposed to several kinds of men, white and black, who disappoint her… but Marshall manages, generally, through careful delineation of character… to present all her fictional actors in a spirit of fairness.”

That night in 1991, we chatted backstage before our reading, and something Marshall said has always stuck with me because of its simple truth. It’s a truth known to just about every writer, but perhaps not to enough readers—certainly not to readers who see writers as celebrities with glamorous lives—and it must have been on her mind that evening before we stepped on stage. Our work, she said, never happens in social isolation. Rather, the books we labor on for so long and so hard are created amid a welter of all our other quotidian duties, responsibilities  and challenges as parents, spouses, and caregivers, with no time out from the exigencies of grading papers if we’re teachers, paying bills, fixing dinner, home and automobile repair, grocery shopping, taking out the recycling bins, going to the dry cleaners, check-ups with the doctor, and a hundred other chores. Doing literary art, I heard her suggesting—or at least this was my take-away from our conversation—was always just one task among many and all required our care and mindful attention.

That same year, I wrote a blurb for Daughters, saying this about her novel: “Once again, Paule Marshall brings her powerful gifts as a storyteller and her deft handling of character to the creation of a fictional world that bridges black life in this country and the Caribbean. In doing so, she adds another triumph, artistic and moral, to her distinguished body of work. Daughters is cause for celebration.”

American literature suffered, then, a double loss when Marshall passed away on August 12, 2019 at age 90, six days after Toni Morrison, who died at age 88. Clearly, they were contemporaries, and their leaving life’s stage feels somewhat like the end of an era for literary culture. During her lifetime, Marshall suffered no dearth of awards and recognition. She was a MacArthur Fellow, winner of the Dos Passos Prize for Literature, and received other forms of literary recognition. But I recall an interview she gave in which she was asked why she had not received the sort of celebrity and culturally iconic status enjoyed by Morrison. While I don’t recall how she answered that question, I think I know how it might be answered.

I believe it’s safe to say that the zeitgeist of our time, especially during the Trump administration, is a period of polarizing ideologies. Because Marshall’s work represents a very high level of literary performance, it is not easily weaponized for social or political agendas. Its mission was always simultaneously humbler and grander than that. Namely, to offer us rich gifts from an educated imagination that, as John Gardner once put it, temper our experience, modify prejudice, and deepen a reader’s humanity. I do not know if there is a Paule Marshall Society at MLA or ALA. If not, I believe there should be one, and that her works should be taught widely in colleges and high schools for the literary standard she set for 65 years. We owe that to ourselves and generations to come.

Dr. Charles Johnson is a novelist, essayist, literary scholar, philosopher, cartoonist, short story writer, a MacArthur fellow, winner of the 1990 National Book Award for his novel Middle Passage, and recipient of an American Academy of Arts and Letters Award for Literature.

On the Unlikely Extremes of Maoist Influence on the West 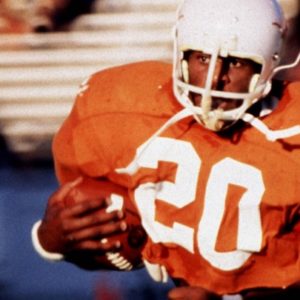 Even beneath the supernova-bright lights of the Astrodome, Earl Campbell’s eyelids are slipping. It’s late in the fourth...
© LitHub
Back to top