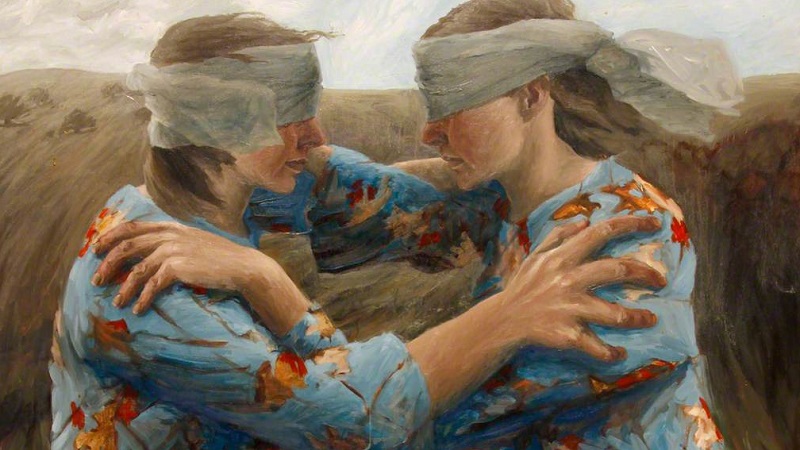 On Being Mistaken for the Other Elizabeth Ames

A Progressive Novelist or a Free Marketeer?

If you were to Google me today (a hot day in Boston, in late July, during the third stifling summer of Donald Trump’s presidency) you’d find my photograph above four books by another Elizabeth Ames. This other Elizabeth Ames has written or co-authored books with titles like How Capitalism Will Save Us, and one with a long subhead about how repealing Obamacare will help restore hope and prosperity to America. I haven’t read any of these books, and I don’t plan to.

I probably shouldn’t write this essay, as it will further entangle us, and it’s maybe not the best look, since my debut novel, The Other’s Gold, is being published by the same corporation that publishes this other Elizabeth Ames, and, worse still, she writes about actual gold, further braiding us together in the SEO wires and tunnels that thrum under Google, under everything. But in the lead-up to my debut novel’s release, I’ve been fixated on disentangling us, furious and fearful that anyone would ever conflate this stan for capitalism with me, an outspoken progressive, two-time Obama canvasser, and sensitive bleeding heart.

I was confused once, 10 years ago, for Elizabeth Strout. One of my other legal names is Staudt, and a beloved former professor introduced me to an also-beloved major funder of the MFA program where the professor taught and from which I’d graduated five years earlier. We were at AWP, in the warehouse-sized book fair room, so it was cavernous and clamorous when she said my last name, which rhymes with Strout. The ensuing exchange went something like this:

Major donor: Oh, Elizabeth Strout, I love you! I love your work.
Beloved professor: No, no, this is Elizabeth Staudt, not Strout.

Me: [Flushing deeply, making a weird smile that tries to convey “I wish!”]

Major donor: Olive Kitteridge is wonderful. I’m such a fan.

Beloved professor: No, this isn’t her, this is Elizabeth Staudt. She’s… she hasn’t written any books!

Me: [Nodding vigorously as we all dispersed, attempting to avoid further mortification]:  I love her, too! I love Elizabeth Strout! Thank you!

I do, I adore Elizabeth Strout. Amy & Isabelle is a foundational text for me, and I can barely speak of Olive Kitteridge without bursting into tears. And I love her other stories, too, about staying married in part to keep her health insurance, about the jobs she worked while trying to find time to write, and, as I write this, bouncing my own four-month-old on a yoga ball into a reluctant nap, about Strout driving her young daughter to the parking lot of a mall so she could get “maybe an hour or an hour and a half to work on a story.”

If you were to Google me today (a hot day in Boston, in late July, during the third stifling summer of Donald Trump’s presidency) you’d find my photograph above four books by another Elizabeth Ames.

I know my professor felt sheepish about having to correct the donor, and I felt sheepish, too, for not having published a book yet, let alone for not being Elizabeth Strout! Surely we felt more sheepish, though, because the person who mistook me for Strout was also a person who had recently given great sums of money, and was poised to give much much more, to the program that paid my professor’s salary, and had made it possible for me to pursue a career as a writer, even if it that pursuit hadn’t yet yielded a book (a detail that could not find a more existentially embarrassing venue than the book fair at AWP).

Another great patron of the arts also shares my name. A fellow Midwestener who moved east, Elizabeth Ames, who died at 92 in 1977, was the first executive of the famed artist retreat Yaddo, and I first encountered her name on the dedication page of Carson McCuller’s A Member of the Wedding long before I had any idea what it would mean to try and make a life as a writer. I’ve never been to Yaddo, but someday, maybe, when I’m not bouncing or nursing any babies, I dream that I might. Might my name help me? Might they give me “time and space,” what we writers are forever asking for, that is, when we aren’t asking for the money to create time and space?

My friend Elizabeth Willard Thames’s name is not an exact match, but near enough that we could think an email sent from the other was sent from ourselves. She’s a writer, too, and savvy enough with money that she’s written a book about it, and also maintains a rich resource on her website and in her newsletter with specific, cost-saving strategies. She writes about her family, her endeavors at homesteading, and her pursuit of a “life [not] beholden to consumerism or the drive for material perfection or the incessant clarion call for more.”

Perhaps it is greed then that motivates me to want so badly not to be mistaken for this other Elizabeth, to secure some internet real estate that proves something about who I am and what I believe.

It’s that more I wrestle with, and skirt around, in this essay and in my life. I talk about capital with the zeal of a college freshman who has just learned to pipe up, “No ethical consumption under capitalism!” in response to everything from fast fashion to stainless steel straws, and I think every day about the guilt that Jia Tolentino recently captured so perfectly in an essay about the obliterative power of love and longing, writing, “I do deserve to be run over with a dump truck, I think, at home, opening my delivery packages, thinking about how much plastic I have put on this planet, how much labor I have exploited for the sake of my own convenience.”

But here I am, hustling in a sidelong way to get someone to consume my book—at your local independent bookstore, please, but if you can’t, then in whichever delivery package you find most convenient (dump truck backup beeps). I believe in its worth beyond its price tag, and wish that it will wing its way into the hands and hearts of readers who will feel less alone for the company of its characters. That’s worth something.

We keep saying we aren’t meant to talk about these things, but isn’t it so welcome when we talk about these things? Don’t you relish it when someone tells you their salary, their rent, the cost of their kids’ daycare? Isn’t it something of a relief to have this information be—or masquerade at least—as mundane, not embarrassing in its excess or in its pittance, not a toe-tag that shows how much you’re worth?

I haven’t read any of the capes-for-capitalism’s Elizabeth Ames’s books, but I did come across this quote from the one about capitalism supposedly saving us all: “Self interest—not greed—compels people in free markets to meet the needs and wants of others.”

When your basic needs are met, and beyond, doesn’t self-interest curdle automatically into greed? Perhaps it is greed then that motivates me to want so badly not to be mistaken for this other Elizabeth, to secure some internet real estate that proves something about who I am and what I believe. I flatter myself to think that it would be impossible, if you read my book, with its beating (bleeding) heart, to confuse me for someone who doesn’t wish desperately for universal healthcare. That you’d need only look in my eyes, even in a photo on the internet, to know which Elizabeth Ames I am. 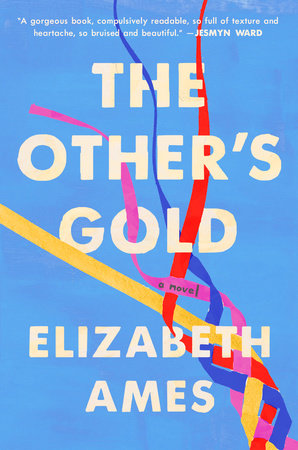 Elizabeth Ames’ The Other’s Gold is out now from Viking.

Elizabeth Ames is graduate of the University of Michigan MFA program, where she won the Hopwood Award. Her short stories have appeared in Ninth Letter and Third Coast. She currently lives in a Harvard dormitory with her husband, toddler, and a few hundred undergraduates. The Other's Gold is her first novel. 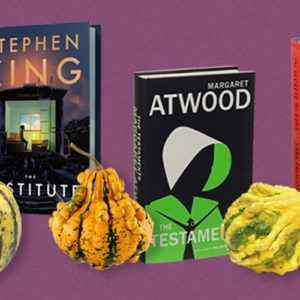 Fall always feels like a time of possibility: new school year, new wardrobe, new weather patterns, and of course: lots of brand...
© LitHub
Back to top