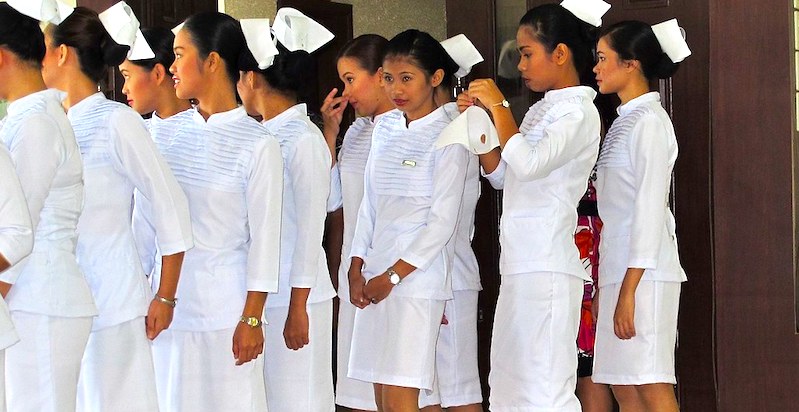 Meredith Talusan on the Complexity of Telling
Filipino Immigrant Stories

At the end of A Good Provider is One Who Leaves, Jason DeParle writes of the many years he spent following the lives of a poor Filipino immigrant family: “At times my presence might have shaped events I was looking to record, but I don’t think it altered them greatly.” This is a puzzling statement, given how DeParle played a key role in sending his main subject, Rosalie Portagana, to the United States; Portagana is a nurse he coached for “hours on the phone” so she could do well on her interview. DeParle also called in a favor with a doctor friend when Rosalie’s cousin Manu was in danger of dying after a cruise ship accident. Helping one person realize her dream of coming to America while saving another from death sound very much like events that greatly “altered” these individual lives.

DeParle has kept in touch with the Portagana clan for more than 30 years, ever since he lived in the slums of Manila with Rosalie’s mother, Tita, in 1987. At the time, he was a young reporter for the Times-Picayune of New Orleans writing about poverty, before continuing his career at The New York Times. DeParle is adept at telling the Portagana family’s story within the context of larger migration patterns, including the poor economic conditions that brought the clan to Manila in the first place and the demand for skilled nurses in America that brought Rosalie, along with thousands upon thousands of other Filipina women, to the United States.

DeParle’s intimate knowledge of the Portagana family enlivens what would otherwise be the dry subject of American immigration policy. This combination of on-the-ground reporting and big-picture analysis allows DeParle to humanize precisely what opponents of immigration seek to objectify, while also combatting myths about immigrants in America, chiefly that they create unwanted problems and are burdens to society.

But even as DeParle describes the motivations of the Portaganas for wanting to work abroad, his own motivations are less clear. “Over the years, my relationship with Rosalie had blended the roles of participant and observer with no set script,” he writes at the moment when Rosalie finds herself in danger of missing her flight to Texas because of some bureaucratic red tape, after 20 years of trying to get a US visa; this, in turn, could mean losing the nursing job that got her the visa in the first place.

DeParle happens to be interviewing a consular officer that day who could help. “I hesitated. I was there as a journalist, not an advocate . . . When I explained the dilemma, the officer left the room, then returned to say the visa would be ready by the end of the day.”

I don’t object to DeParle’s interventions on journalistic grounds, especially given his long-standing relationship with the Portagana family. But by acting for that family’s benefit, he clearly strays from the journalist’s understood role and becomes a significant character in his own book. Unlike the Portagana family, whose actions and motivations are dissected, we are only offered fleeting glimpses into DeParle’s thoughts.

Given that DeParle has chosen to set aside journalistic norms of subject involvement, it’s jarring and suspect that he consistently withholds his personal perspective, choosing instead to maintain a psychological distance that his own stated actions betray as false. His lack of self-reflection makes it difficult to determine the degree to which his version of the Portaganas’ lives would differ from the stories the family itself would tell, especially when it is a common Filipino cultural trait—routine in my own first-generation immigrant Filipino family—to use English to smooth over more complex conversations that are happening in Tagalog, a language DeParle admits he does not speak well.

When Rosalie finally returns to the Philippines, four years after she left, DeParle quotes Tita’s observation of Rosalie’s extravagant spending: “When I see their house, I said you have so many things, decorations. But I’m not against her, because she deserves to be happy.” These pat words sound suspiciously like the many times I’ve heard Filipino immigrants saving face in front of native-born Americans while more fraught conversations are happening in the background.

An even greater concern is that DeParle comes close to replicating a dangerous trope: the well-meaning white man observing unfamiliars and deciding to advocate on their behalf. I can’t help but set A Good Provider against an entire history of American benevolence to the Philippines that would eventually prove false, from Rudyard Kipling’s “The White Man’s Burden” to journalistic accounts of Filipinos as trainable savages—dogeaters who can be turned into disciplined soldiers—during the American colonial era, to more recent developments such as Reagan’s support of the dictator Ferdinand Marcos, and Trump’s support of current president Rodrigo Duterte despite thousands of documented cases of extrajudicial killings.

Across more than a century, American leaders have depicted Filipinos as good, pliant allies who nonetheless require American guidance and benevolence, rather than a people they had colonized by force then colonized anew through financial dependence, and whose strategic and material value they have never justly credited or compensated. Whatever values DeParle believes Filipinos possess—our caring, our willingness to work long hours, our friendliness—cannot be so easily excised from what our former colonists have made of us so that we could be useful to them.

A step towards distancing ourselves from this colonial history would be to separate Filipinos’ right to immigrate to the United States from our utility.

A step towards distancing ourselves from this colonial history would be to separate Filipinos’ right to immigrate to the United States from our utility. This is something that DeParle, in his emphasis on the material advantages of immigration for the Portaganas and for American society, does not do nearly enough.

DeParle’s seeming eagerness to appease xenophobes does not fully account for the degree to which the economic conditions that force Filipinos to immigrate can themselves be traced to unjust American colonial policies, and how so many of us wouldn’t need to choose between breaking our families apart and leading sustainable lives if the United States had not subjugated the Philippines to begin with.

My father left to work in Saudi Arabia as a chauffeur for two years when I was ten. I had not been close to Papa, in part because his manly swagger and invitations for me to pal around with his drinking buddies were not something a studious, sensitive boy like me was ever interested in, someone who would grow up to be a woman.

There was still something final about his departure, a confirmation that he lived only for himself and that his firstborn child deserved no consideration. Our family was not destitute; my paternal grandparents toiled for years to acquire land and build a poultry farm, but Papa wanted his independence.

My maternal grandfather had worked for the US military and was able to come to America, so my family immigrated here a few years after Papa returned. I found myself at Harvard three years later. My life changed irrevocably, yet this has also meant that my experiences look less and less like my immediate and most of my extended family’s with each passing year.

The economic benefits of my family’s migration have come at the expense of immense cracks in my relationship with my loved ones and their relationships with each other. The stint in Saudi that fractured my relationship with Papa eventually became a clean break because of the ways our lives diverged once we came to America, and the two of us have not spoken since 2012.

To inform an English-speaking readership about what DeParle misses because he doesn’t speak Tagalog or fully understand Filipino cultural norms may give the impression that my own access to both language and culture inoculates me against the traces of imperialism I’ve identified in A Good Provider. But it is the Americans, after all, who taught me this language through the educational system they built, and the Spanish before them who taught my ancestors to write. I no longer consider myself immune.

The difficulties my blood and diasporic relatives have representing themselves in ways that are legible to an American establishment enables my writing’s viability, at least in part. The fact that it is impossible to mark a clear line between my own experiences and those of others means that I necessarily have to treat lives from my family and native country as raw material for my work, which I then refine for American consumption. This is a process that bears a clear colonial trace, one whose implications I am only beginning to come to terms with.

But I do know that if I present DeParle’s book as unrepresentative because of his social and linguistic distance from his subjects, I don’t mean to present myself as so much closer because I’m a first-generation Filipino immigrant. This isn’t to say that one can’t understand the lives of Filipino immigrants through either me or DeParle, but I believe that any author who seeks to understand a people outside their own milieu can only capture a limited part of their condition, that putting oneself in another’s shoes can only do so much.

DeParle may not know the Tagalog words the Portaganas use to describe their feelings, but I don’t fundamentally know what it’s like to be a chauffeur in Saudi Arabia like my father was, let alone the struggles of more distant relations and people from my country who I’ve only encountered or read about in passing. Research, empathy, and imagination allow writers like me to bridge these knowledge gaps, but only by so much, as we filter what we learn from our subjects through our own experiences.

The lives of my family and my people form a big part of my mine of stories; my English education is my pick axe, imagination my gem cutter. There are many times when I don’t feel so different from the white people who gave me these tools and taught me how to use them, whose forebears used those same tools to plunder my country and people under the guise of benevolence. I didn’t know the implications when I chose my profession, and I find myself unable to separate the stories I feel ownership of because they are mine, and the stories of others who are unable to represent themselves.

I make the most out of this condition, continue to advance my perspective knowing how infrequently people who come from my background are able to represent ourselves. But I refuse to take for granted, nor should any writer, the raw materials that our gems are made of, and the fact that they are so little of themselves and so much of our own shaping once we are finished with them.

Meredith Talusan has written for numerous publications, including the Guardian, The Atlantic, The New York Times, and The Nation, and has contributed to several essay collections. Her memoir, Fairest, is forthcoming in May 2020 from Viking / Penguin Random House. Follow her on Twitter and Instagram @1demerith.

The Monster That Drew Crowds to a Small Midwestern Town 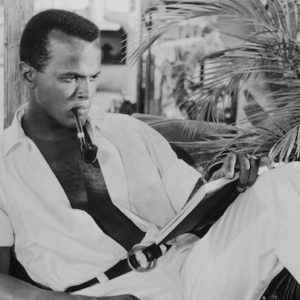