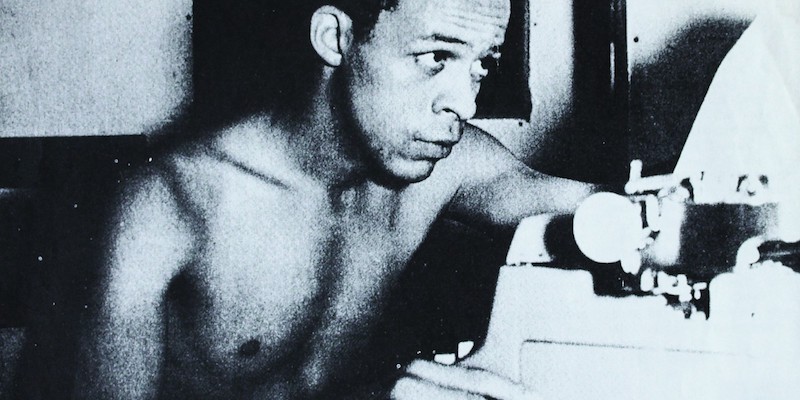 Since at least the 1920s, in order for a Black writer to achieve literary success they would need to find a White individual or organization to sponsor them, whether it be a wealthy Park Avenue patron, the Communist party, or, currently, bourgeois academic feminism. The uncontrollable and brilliant bell hooks said that she was told by White feminists that in order to succeed, she had to write for them.

There were Black writers who were contemporaries of James Baldwin, who wrote as well as he, but those who dictated trends in Black culture did not find their works comforting. John A. Williams and John O. Killens exposed the hypocrisy of the Greatest Generation. The slave masters in Margaret Walker’s masterpiece, Jubilee, are vicious and cruel, not merciful. Gwendolyn Brooks turned her back on the establishment that had honored her. She went Black!

In The Fire Next Time, Baldwin promises his liberal constituency that he will redeem and educate them, because they are “the chorus of Innocents” who are unaware of how their racist actions impede the progress of Black Americans. He distances himself from the Nation of Islam and reports to his backers that they might have been financed by Texas millionaires when their model for economic development was the worker cooperatives.

Ultimately, Baldwin concluded that redeeming the unredeemable was a hopeless task. One of the few places where the actor Leo Proudhammer of Tell Me How Long the Train’s Been Gone feels comfortable in America is at a San Francisco Chinese restaurant. Baldwin’s sponsors replaced him with Eldridge Cleaver, who attacked the older writer, just as Baldwin was assigned to attack Black writers who were his contemporaries.

Baldwin said to me, “Ishmael, I don’t mind your criticisms, because you are a writer; Cleaver is not.” Members of my generation included Baldwin and others as part of the old guard, who had an apprentice/master relationship with canonized white writers. In Ralph Ellison’s case it was Ernest Hemingway and T. S. Eliot whom he cited as influences when Quincy Troupe, Steve Cannon, and I interviewed him in 1977, which was published in Al Young and my magazine, Y’Bird, vol. 1.

Charles Wright exploits the politics of hair in The Wig, which allows him to create a fantasy about a magical wig.

There’s nothing in Invisible Man that connects him to Eliot. For Baldwin it was Henry James, clause by clause. So enamored of James was Baldwin that he wrote Jamesian criticism and was honored when receiving a portrait of James from the writer’s son.

While many of the metaphors in Baldwin’s works—which I once stupidly called “Jewish books”—were based upon the Old Testament, some of the members of my generation of writers studied Islam, and African languages, after Malcolm X influenced them. I based some of my work on Haitian religion, which had been previously explored by Zora Neale Hurston and Katherine Dunham.

We were eager to strike out into new aesthetic territory. We found a trailblazer in Charles Wright, who was introduced to us by James Baldwin. Here was a writer who spun a tale based upon a character’s attribute, as he did with Lester Jefferson’s hair. The two wrote in different styles. What they have in common is that, as bisexuals, they might view reality from a different perspective than those who are of one or another persuasion, sexually. Their basic difference is that Baldwin, in the words of Chester Himes, was “ambitious,” while every time Success knocked on Wright’s door, he wasn’t home.

Hair is such an issue in Black culture that in 1992, the late sociologist Kennell Jackson, a professor at Stanford, taught a seminar called Black Hair as Culture and History. The Wall Street Journal published a column about the course that was written by David Sacks, then editor of the conservative student-run newspaper, Stanford Review. Kennell replied in a column so brilliant that he sat his conservative critics down.

While Whites can wear any style of hair they desire, Black hairstyles like the Afro have been controversial. A Black newscaster was fired for wearing cornrows. Charles Wright exploits the politics of hair in The Wig, which allows him to create a fantasy about a magical wig.

Charles Wright’s memoir, The Messenger, had gotten an endorsement from James Baldwin. Both were bisexual, but except for Rufus in Baldwin’s Another Country and Giovanni in Giovanni’s Room, Baldwin’s readers were not ready for the taboo-breaking cast of characters found in Wright’s The Messenger and The Wig. Baldwin’s readers would have found them repellant. They’re either drinking liquor, smoking pot, or occasionally shooting up.

All day I had been drinking: wine, beer, gin, scotch, champagne. I ticked them off in my mind, maybe to prove to myself I was still sober. I had taken six bennies to ward off a high and smoked a little pot.

Turning tricks has a literal meaning in The Messenger and The Wig but also reflected the miserable characters who, in Wright’s words, resided in the “outhouse” of the 1960s Great Society: hustlers, prostitutes, junkies, and those whose sexual identities were ambiguous.

Tricks defined the lives of these characters. They spent a lot of time tricking themselves, imagining that they were their favorite movie stars. Miss Sandra Hanover of The Wig channeled Ava Gardner, Bette Davis, and Gloria Swanson, and has a Lena Horne smile. Lester Jefferson has a “Bogart smile.”

While some played the Murphy game of luring an innocent man with a promise of sex, only to make off with the john’s money—these characters did a Murphy on themselves. Unable to achieve the real thing, they lived vicariously in the lives of celebrities.

Unlike Baldwin, who ruthlessly took down the competition—Chester Himes, Richard Wright, Langston Hughes, etc.— Charles Wright had nothing to do with the cutthroat Manhattan token wars in which the sons slay their fathers and the daughters slay their mothers. Richard Wright’s classic, Native Son, was subjected to a literary drubbing in the Partisan Review, the literary power broker at the time. It might have had something to do with the problems the publisher, William Phillips, had with Wright. In his memoirs, Phillips complained about Wright’s anti-Americanism. Encountering him in Paris, Phillips wrote, “Unlike his books, Wright was sweet and gentle. But he lived in his own limbo, for he was in his anti-American phase, therefore not part of the American contingent, nor could he be French.” This is an odd remark.

Not only did Richard Wright move in a circle that included Black expats like the cartoonist Ollie Harrington, Chester Himes, and others, among his French friends were Simone de Beauvoir and Jean Paul Sartre. Gertrude Stein called him a “genius.” Near death, Baldwin confessed to Richard Wright’s daughter Julia that he had been used. Scholars write papers about Baldwin’s attack on Richard Wright without understanding the politics behind it. Richard Wright wasn’t the only father taken to task by Baldwin.

Every attempt to take Charles Wright “uptown,” the image of cultural success, was rebuffed by the author.

Langston Hughes was hit by Baldwin in the New York Times, March 29th, 1959. He wrote, “I am amazed all over again by his genuine gifts and depressed that he has done so little with them.” Both Richard Wright and Hughes were his patrons, and in Richard Wright’s case his benefactor. About Chester Himes’s The Lonely Crusade, he wrote “[He uses] what is probably the most uninteresting and awkward prose I have read in recent years,” adding that Himes “seems capable of some of the worst writing this side of the Atlantic.”

Charles Wright refused to audition as a hatchet man contestant in the Manhattan token wars in which only one Black writer is left standing during a given era. When I asked George Schuyler, author of the classic novel Black No More, why he, at the time, hadn’t received more recognition, he said he wasn’t a member of The Clique. Tokenism deprives readers of access to a variety of Black writers and smothers the efforts of individual geniuses like Elizabeth Nunez, J. J. Phillips, Charles Wright, and William Demby, whose final novel, King Comus, I published.

In the 1960s, when literary-minded editors influenced publishing, such a rejection by a master would have been thought unthinkable. A woman acquaintance advised Charles Wright to be more sociable. You know, network. Every attempt to take him “uptown,” the image of cultural success, was rebuffed by the author. His bad manners sent an interviewer from a prominent women’s magazine scurrying after he decided to urinate in public. He despised the elite and their mannerisms. He called members of the Black middle class “cocksuckers.” He found both the Black and White “silent majorities” contemptible. Ridiculed their pretensions. He judged Black political leaders to be charlatans.

His community was that of the outcasts, the rejected, the freaks, who would eventually make it into the mainstream. Some of his characters would now be referred to as sex workers. Restrooms, in some places, are now all-gender, and those outlandish characters in Wright’s novels and nonfiction, though not given credit, led to these reforms. They fought the vice squads at Stonewall and in San Francisco.

I am on the stoop these spring nights. The whoring, thieving gypsies, my next door neighbors, are out also. Their clientele is exclusively male. Mama, with her ochrelined face, gold earrings, hip-swinging beaded money pouch, flowing silk skirts, is sitting on her throne, the top step. She went to jail the other day, made the Daily News. She had clipped a detective and tried to bribe him with ten bucks.

On the day that The Wig was reviewed in the New York Times, favorably, instead of showing up at some uptown posh literary soiree to cash in on his fame, he was found in one of those crummy hotels he inhabited frequently. Hotels at risk of being condemned or even demolished. Instead of using his support from gallows humor theorist Conrad Knickerbocker to hobnob with literary celebrities he sought to ease his pain by getting high. Among the denizens who frequent Wright’s fiction, liquor is referred to as “joy juice.” Self-medication.

Why 'Wichita Lineman' Contains the Greatest Musical Couplet Ever Written 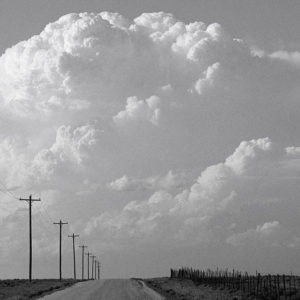 Why 'Wichita Lineman' Contains the Greatest Musical Couplet Ever Written

“Wichita Lineman” sounds as good to me now as it did when I first heard it 50 years ago. It has never palled or suffered...
© LitHub
Back to top