Does My Dog Remember Not to Forget Me When I’m Gone?

Hanif Abdurraqib on Book Tours, Vacations, and the
Joy of Coming Home

The dog trainer tells us there’s not a lot of research on dogs, and the research there is seems to be wildly inconsistent. She tells us not to trust everything we read about dogs on the internet while our new dog, exhausted from the light training session, pulls gently towards the door once in protest before yawning and collapsing on the floor.

Despite this likely sound advice from a professional, I type the question “how quickly do dogs forget?” into the google search bar when I get home. I’m not exactly specific on what their forgetting entails. I’m sure I mean “how quickly might my dog forget me when I’m gone,” but I decide I also want to know how quickly my dog might forget a rough encounter with another dog on the street, or how quickly she might forget my clumsy tripping over her on the mornings I forget that I’m a new dog owner.

When that question is typed into google, you get a series of other, similar questions that people often ask:

Will my dog remember me in five years?
How do I know my dog loves me?
Do dogs forgive?

It is a fascinating tapestry of anxieties, with answers ranging from purely scientific to purely emotional. Of course, I convince myself that the emotional ones are the only ones worth believing in.

Wendy is a Border Collie/Mastiff/maybe Great Dane/maybe Greyhound mix. She doesn’t like yelling or abrupt, loud noises, so we get along great. She’s not very big, but she’s also not as small as she thinks she is when she decides she wants to join me on the couch and collapse all of her weight onto me. If you let your hand dangle while writing at a desk or scrolling through your phone, she’ll seek it out and gently push her head under it, signaling that she’d prefer you to pet her.

I’d wanted a dog for a while, but a big part of getting a dog relied on me having to be home more often. I spent most of my winter and spring on the road, doing 35 book tour events between February and May, on top of being gone all of April on a fellowship. When there’s that much traveling, home loses its tactile nature, and becomes a series of ideas. A cluster of longing and imagination.

This isn’t a complaint, at least not entirely. I enjoy book tours, for the most part. Even more than reading in front of people, I enjoy long, sprawling, communal Q&A sessions where I get to lob questions back at folks, or mutually explore curiosities. So much of why I first got into writing about music, I think, was that I found myself incredibly eager for people to talk to about the songs I loved, and I didn’t have those people in my immediate circles. I often get to have light and entertaining music debates with people I’ve never met, or find out that I was at the same show as a stranger back in 2000-whatever.

It is understandable that some authors shy away from audience questions. There are certainly privileges that allow me to leap somewhat fearlessly into dialogue with strangers—not just my identity, but also the content of my work. With that in mind, I feel like the reading should be an exchange. A chance to break down the hierarchy that exists between reader and audience, and ask for whatever intimacy can be afforded.

Through my warped sense of vacation, the pleasures of home became newer, more exciting. Even the silence of my couch was its own new landscape.

Of course, this intimacy comes at the cost of the familiar intimacies of home. In the weeks where I’d be rattling through the clouds on planes or searching for the lights in hotel rooms where there are never enough lights, even a day at home felt like a vacation. I am averse to vacations, despite wishing I wasn’t. When I was growing up, there was sometimes money for long summer roadtrips, and sometimes there wasn’t. As an adult, I’ve rarely had the disposable income to travel, and when I have, I didn’t have the motivation. I’d take long and aimless car trips to places that seemed interesting, or I’d find a place in a corner of Ohio to retreat to.

Over the past year, I found myself making my returns home into a vacation. When away for long enough, and consistently enough, to return is like rebuilding memories. There would sometimes be a new blanket, or a book I had forgotten I purchased. Some mail—a shirt I’d ordered on the road finally making its way back. I kind of appreciated the forgetting and the rebuilding, as I imagine Wendy does when I return home after being gone for a few hours or a day, and she curiously sniffs around me and then looks into my eyes for a stretch to make sure I am the same person I was before I left. When satisfied with her findings, she bounds off to show me a toy she’s almost torn apart.

Through my warped sense of vacation, the pleasures of home became newer, more exciting. Even the silence of my couch was its own new landscape. Cooking at home a delightful respite from eating in a city at some place someone recommended to me. The small escapes I built off the road in my own home had to feel like getaways in order for me to survive the natural anxieties that take over when I’m both on the road, and in front of people.

Eventually, of course, my own home stopped feeling like a vacation from the road. When my book tour ended, I went to the Target down the street and purchased things to put in the refrigerator and on the cabinet shelves. I did a load of laundry, just to hear the machine going. It was my way of settling in and remaking a home that had only felt temporary for the first four months of the year.

Part of that settling was committing to dog ownership. Which, of course, means committing to the full scope of caring for a dog. Wendy and I take nightly walks past my neighborhood fire station and through the grass of the towering church at the corner of our block. When she wants to play at 7:15 AM, I do my best to keep her entertained until we’re both too tired to even attempt interest in where I’ve hidden the ball/scarf/fluffy toy. Wendy didn’t have much stability before we took her in, and so a big part of what she needs is consistency, we were told. People who are going to be there more often than they aren’t going to be there.

None of this is to say that I am done doing book tours, of course. There are still so many cities and so many places I have missed. I haven’t taken my last redeye flight in the name of literature and endlessly unfolding conversations with strangers who become friends. But being largely off the road this summer and resettling into the concrete idea of home has given me a new appreciation for how to treat myself, the place I live, and my calendar.

Google says your dog will remember you after stretches of time up to five years, though I don’t want to risk such a thing. There’s just not enough research, I’m told. 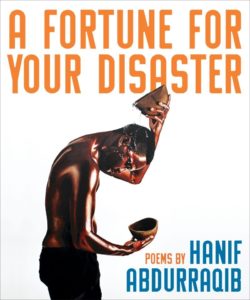 A Fortune for Your Disaster is available now from Tin House.

Hanif Abdurraqib is a poet, essayist, and cultural critic from Columbus, Ohio. His first poetry collection, The Crown Ain’t Worth Much, was named a finalist for the Eric Hoffer Book Award and was nominated for a Hurston-Wright Legacy Award. His collection of essays, They Can’t Kill Us Until They Kill Us, was named a book of 2017 by BuzzFeed, Esquire, NPR, O: The Oprah Magazine, and Pitchfork among others. His most recent books are Go Ahead in the Rain: Notes to A Tribe Called Quest and A Fortune for Your Disaster.

From Gutting Fish to Making Pastry, 12 of the Fall's Biggest Cookbooks 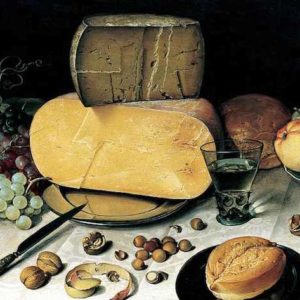 From Gutting Fish to Making Pastry, 12 of the Fall's Biggest Cookbooks

A confession, but one I am comfortable making: when it comes to cookbooks, I’m in it for the reading. Yes, I cook from...
© LitHub
Back to top
Loading Comments...