TODAY: In 1955, The Return of the King, the third and final volume of The Lord of the Rings by J. R. R. Tolkien, is published by George Allen and Unwin in London.

Jennifer Egan: Why PEN America is suing President Donald Trump • “If this doesn’t fill you with wonder, it’s not the fault of the dress.” Michael Cunningham falls in love at an Alexander McQueen retrospective and it is lovely • Feeling a little blue? Fall got you down? Viv Groskop recommends a reading of The Master and Margarita • All-star librarian Kristen Arnett talks to all-star author of The Library Book Susan Orlean about Pete Davidson and Ariana Grande (just kidding, this is mainly about libraries) • Anna Burns has won the 2018 Man Booker Prize for her novel, Milkman • “It gives a very worn racial subject defiantly modern treatment.” Darryl Pinckney on Nella Larsen’s Passing • “My job was to make Donald Trump a hero and a top expert on golf.” Meakin Armstrong recalls the time he interviewed a very important executive for his very own magazine • Jabari Asim on slavery and the prison-industrial complex • Why Ward Just—America’s best political novelist—is required reading in 2018 • “Every adoption story has a villain.” Alice Stephens on writing (and rewriting) the narrative of her life • We really should have more illustrated interviews: Liana Finck and Amy Kurzweil talk family stories and female lineage, and draw shadows and gods • Héctor Tobar on (literal and metaphorical) California smog • “You showed me all the strange ways words could come.” Nana Kwame Adjei-Brenyah’s letter to his mentors is lovely • An essential reading list of Midwestern women, from Marilynne Robinson to Ling Ma • Patti Smith, Sam Shepard, and the great punk-poetry collision of 1970s New York • How W.G. Sebald, Ann Beattie, and Siri Hustvedt capture the “indelible strangeness” of being a child • “Identifying the cause of a disease is like looking for the motive for a crime.” Surgeon and writer Arnold van de Laar on the doctor as detective • María Sonia Cristoff on night-flying in Patagonia, Antoine de Saint-Exupéry, and the anxiety of the pilot on attempting to land a plane • The latest edition of our series of new poetry by indigenous women, curated by newly minted MacArthur fellow Natalie Diaz • Anthea Bell, translator of Sebald, Kafka, and the Asterix comics, among others, has died at 82 • Our series of decade-defining books: we begin with the 1900s; then it’s the 1910s; the 1920s edition • 10 books that defined the 1930s • and 10 books that defined the 1940s

In the wake of Anna Burns’ Man Booker Prize win, we look back at what the critics wrote about every Booker Prize winner of the 21st century • Battle of the Book Titles: Who Wore It Better? • We Can’t Breathe author Jabari Asim on Five Classic American Essay Collections • This week in Secrets of the Book Critics: award-winning poet Lisa Russ Spaar on Wuthering Heights, Ron Slate, and canine literary critics • Book Marks and The Great American Read: classic novels of fantastical worlds, from One Hundred Years of Solitude to The Lord of the Rings • Anna Burns’ Booker Prize-winner, Hari Kunzru on Murakami, bashing Barbara Kingsolver, and more Book Reviews You Need to Read This Week • Barbara Kingsolver, Kiese Laymon, Frederick Douglass, and Babe Ruth all feature among ourBest Reviewed Books of the Week

Kareem Abdul-Jabbar on Mycroft Holmes, Conan Doyle, and the power of historical fiction, in conversation with fellow Sherlockian Lyndsay Faye • “This is what makes du Maurier’s novel so subversive; she indicts the narrator and the reader, each of whom is guilty for siding with Maxim, a bad, bad man.” Lisa Gabriele on re-reading Rebecca in the time of Trump • The boom in Boston Noir is 15 years old and it’s time we decide once and for all who did the worst Boston accent in the history of crime movies • Talking feminist thrillers andthe art of the twist with Karin Slaughter • From post-war Red Vienna, to 1930s Tokyo, to early-aughts Copenhagen, all the best international crime fiction coming out this October •  Mysteries about mysteries: Lisa Levy profiles Sara Gran and her hard-boiled detective, Claire DeWitt • Confessions of a horror novel junkie: Laird Hunt on the classics that got him hooked on horror • Charles Glass makes the case for a new espionage canon • A long-form investigation into the life of Isidore Zimmerman, who spent two decades in prison for a crime he didn’t commit, then sued the state of New York • William Brodrick, author of the Father Anselm mysteries, on the clergy abuse scandal and the place of fiction in bearing witness • Sharon Bolton recommends 10 novels that feature the menacing crags and haunted moors of Northern England • Lawless families, 1920s prosecutors, and library crimes:October’s best true crime releases • Maritime historian Eric Jay Dolin on the beginning of the end of piracy in America • Read an exclusive excerpt from John Grisham’s new legal thriller, The Reckoning 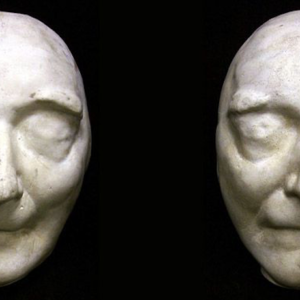