Michael Cunningham Falls in Love at the Alexander McQueen Retrospective

"If this doesn’t fill you with wonder, it’s not the fault of the dress."

Like so many who’ve lived too long without love, when I fell, I fell hard.

And, like most people who finally fall in love, I remember precisely where, and when. It was one of those shimmering gray days New York City produces in the late spring, bright but gray, luminous, shadowless.

It occurred at the Costume Institute of the Metropolitan Museum of Art, at just after two in the afternoon. I fell in love with fashion, specifically with the retrospective show of Alexander McQueen, “Savage Beauty.”

I confess that I went rather unwillingly, with a friend who suddenly found herself with an extra ticket, and who’d tried five other people before finding herself reduced to asking me.

I went as a favor to her. I was her last resort, I who didn’t exactly mind going but who wondered why anyone would go to one of the world’s great art museums just to see dresses.

I’ve never been opposed to fashion, high or low. I’m not much of a fancy dresser myself, but I appreciate other people’s sense of style, and there are few places like New York City for seeing people dressed in ways that don’t resemble anything you’ve ever seen anybody wear before.

What’s not to like about passing, on the street, a man in a full beard, a flowered frock, and hiking boots? Or a woman wearing a glittery little dress, running shoes, and a cobalt-blue wig?

Fashionable apparel just didn’t seem profound, to me. It struck me as fun, neither more nor less than that.

The capacity to fall in love—that most cherished of human facilities—carries within itself (let’s be honest) a certain quality of the accidental. Usually, you and the other were in the right place at the right time.

There’s an empty seat, the last one, next to yours on the train, and you’re both reading Elena Ferrante. . .

You leave a restaurant for a cigarette on a rainy night, you start talking because the two of you are, after all, huddled under a barely-sufficient awning, trying not to get soaked. . .

You have a friend with an extra ticket, and you’re free that afternoon. . .

The clothes were slightly monstrous, but they came from a parallel realm where monstrousness is a virtue. The clothes were ferocious and uncompromising and seemed to say, If this doesn’t fill you with wonder, it’s not the fault of the dress.

I was brought to my knees, in particular, by McQueen’s Gothic period—the mix of Victoriana with leather and bondage—and by his reverence for the natural world, a version of that world that fully accounted for its brutality as well as its beauty. I said to myself, these clothes may honor the bird, but they equally honor the cat that kills the bird.

Think, if you’re willing, of da Vinci’s Annunciato. Leave the angel in the picture but, in place of the Virgin, try to imagine a man in a sweatshirt and jeans.

I’d never thought about how future generations will know us by the clothes we wore. We were once, as rendered by McQueen, a people fascinated by vampires and pirates, by sexual fetish, by a wilderness that watched us, hungrily, through our windows at night.

As I walked stunned through the exhibit I found myself thinking about how, directly overhead, one floor above, was a permanent exhibit of objects universally considered great works of art—the ancient Greek urns and amphorae that were originally merely jugs containing wine or olive oil.

I understood, for the first time, that the clothes on display at the Met were vessels as well but, like those jugs one floor above, were profound; vessels that transcended their usefulness and spoke, now and for eons to come, of our attempt to pay homage to the remarkable and terrifying world in which human beings live, in which human beings have always lived.

You could show these clothes to alien invaders, who would not, of course, speak our language. You could tell them, without words: This is us, in our full blossoming. This is how we imagine ourselves. Please don’t believe that our flesh matches our dreams.

Michael Cunningham is the author of the novels A Home at the End of the World, Flesh and Blood, The Hours (winner of the Pen/Faulkner Award & Pulitzer Prize), The Snow Queen, Specimen Days, and By Nightfall, A Wild Swan and Other Tales (illustrated by Yuko Shimizu), as well as the non-fiction book, Land's End: A Walk in Provincetown. He is a Senior Lecturer at Yale and lives in New York.

Who is the Villain in My Adoption Story? 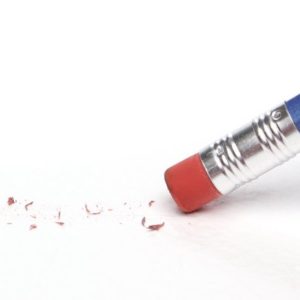 Who is the Villain in My Adoption Story?

It is human nature to make sense of the world by creating stories. Where did we come from? Why are we here? For most, the fundamental...
© LitHub
Back to top