“Not all great achievements are influential, or at least not on everybody.” William Gass on 12 of the most important books in his life • MTA vs. MFA: an argument for the train as the next great creative workspace • “Delusion plus diligent work.” Karen E. Bender on the traits that just might mean you’re a real writer • The antidote to all those 30 under 30 lists out there: 20 debut works of fiction by women over 40 • How much did Emily Dickinson’s earliest editors alter her poetry after her death? (Spoiler: kind of a lot) • On Pittsburgh, otherness, and the virulence of anti-Semitism • “I chose my writing over hers—isn’t this what creative people are supposed to do?” Laura Esther Wolfson on almost being Svetlana Alexievich’s translator • Following the evolution of haiku, from Bashō to Salinger and everything in between • “The men behind Jackson’s candidacy convinced a plurality of the American that he was on their side, whatever side it was.” On Andrew Jackson, who’s… basically Trump, right? • New poetry by Natasha Tretheway, from her new collection Monument • “Write the book that you would want to read.” In which Rakesh Satyal offers some good writing advice, but more importantly, reveals the pick-up line that changed his life • On the wartime lectures of Józef Czapski, the Polish army officer who conjured Proust in a Soviet prison camp • “Without external demands on my time… I would get nothing done.” In praise of writing in the cracks of a busy day • What happens when you destroy a library book? • How rare booksellers around the world rallied against an Amazon-owned company—and won • Craig Morgan Teicher on the moment Sylvia Plath found her genius • The “dream techniques” Ishiguro used to write The Unconsoled • “His revisions in this original manuscript seem to show the writer self-censoring phrases that could be seen as homoerotic”: see Oscar Wilde’s handwritten edits to The Picture of Dorian Gray

From The Hate U Give to New York 2140, 12 Novels to Remind You What’s at Stake • The author of The Life of Saul Bellow Zachary Leader talks to Jane Ciabattari about his five favorite literary lives • This week in Secrets of the Book Critics: Leena Soman Navani on writers on the margins and finding inspiration in other artforms • From Ursula K. Le Guin to N.K. Jemisin, Leah Schnelbach recommends 5 Sci-Fi and Fantasy books to look out for in November • A beatifying of Lucia Berlin, a savaging of Jill Soloway, and more Book Reviews You Need to Read This Week • New titles from Lucia Berlin, Lee Child, Idra Novey, Sebastian Faulks, and more all feature among our Best Reviewed Books of the Week

In honor of the 100th anniversary of Armistice Day this Sunday, J. Kingston Pierce looks at 9 mysteries set in the immediate aftermath of the Great War • “It’s an old game everywhere, actually. In the U.S., it’s known as the numbers.” Ed Lin on gambling, luck, lotteries, and what makes Taiwanese receipts so long •  Sarah St. Vincent on security, ambivalence, and violence against women • CrimeReads editor Dwyer Murphy looks at 9 crime books that engage with the opioid epidemic, from Sara Gran’s Dope to Don Winslow’s The Force • Wendy Webb recommends 8 modern Gothics to keep you reading all winter long • Katrina Carrasco on the cheerful sinners of historic Port Townsend • “Something about my childhood in New York in the seventies was a kind of urban ferality…” Jonathan Lethem on childhood, Leonard Cohen, Raymond Chandler, and utopia • Jon Land on continuing the iconic character of Jessica Fletcher, and how to fictionally inhabit the world of Murder, She Wrote • Jack Reacher, Jack Ryan, and James Bond are back! Ryan Steck rounds up all the best thrillers out this November • November’s best international crime releases, as selected by the CrimeReads editors • Serial killers in the family, gender-bending Pinkertons, and mysterious disappearances: all the debuts you need to read this November • Idra Novey talks bookstores, despots, and revolution with Maaza Mengiste • Laura Thompson on the long history of hanging women in England, and how loopholes gradually replaced nooses • Lynne Truss remembers fondly her first dinnerwith the venerable British institution known as the Detection Club 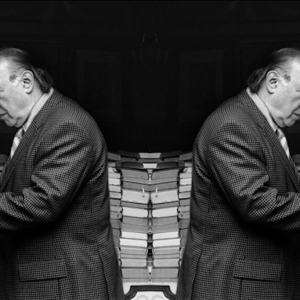 “His revisions seem to show the writer self-censoring phrases that could be seen as homoerotic.” See Oscar Wilde’s...
© LitHub
Back to top