MTA Versus MFA: On Trains as Writing Spaces

Panio Gianopoulos Makes the Best of His Daily Commute

I’m suspicious of people who like things that other people hate. Often I can’t tell if it’s optimism or contrarianism: are they implying that they’re happier or cleverer than the rest of us? More easygoing, or more insightful? Do they know better about just this one thing or, by extension, all things? This self-satisfied ambiguity is why it usually takes a few months of friendship before I’ll confess to someone that my daily Metro North train ride, the morning commute that I disparage to strangers with a weary shrug, is secretly the best part of my day.

I was never one of those boys who played with trains. My affection for the train doesn’t come from fetishizing the size of the engines or the gauge of the tracks or the stylish, cosplay cut of the conductors’ outfits (although those hats, half-60s airline stewardess, half-Aladdin’s monkey, are adorable). It’s a devotion that is eminently practical, like the dull, steady, survivalist bond of an 18th-century American frontier marriage, a relationship built on work and progress—I love my morning train ride because it’s when I do my writing.

Every weekday morning, I squeeze into the corner of the Grand Central bound Hudson line, hunch over my laptop, and start typing. I write for the duration of the ride, anywhere from 35 to 42 minutes, while trying never to look up from the screen. As a creative practice, it’s reminiscent of the contour line drawing exercise my high school art teacher used, ordering us to draw without lifting up the pencil while he would cry out, in a fake British accent, “Don’t break the line, boys!” (Add him to the list of people lucky that camera-phones had yet to be invented).

What can I get done in 35 to 42 minutes? Not a lot. I write anywhere from 250–350 words, about a page. And yet, it gradually adds up. It’s not the soaring exponential graph of compound interest, but after three years, I’ve written enough to complete a short story collection and the first three hundred pages of a novel.

“My affection for the train doesn’t come from fetishizing the size of the engines or the gauge of the tracks or the stylish, cosplay cut of the conductors’ outfits (although those hats, half-60s airline stewardess, half-Aladdin’s monkey, are adorable).”

Historically, the train is an ideal place to think, a traveling home for soulful reflection. Train ruminations are common in cinema, particularly British and European films. Sip red wine every time a character in a Merchant Ivory film gazes pensively out the window and you’ll find yourself collapsing onto the floor, purple-lipped and grinning, well before the credits scroll. Contemplative train scenes are also handy as framing devices: in Out of Africa, Meryl Streep famously introduces the story (“I had a farm in Africa, at the foot of the Ngong Hills. . .”) while her train winds through the grassy African plains. Meanwhile, literature has countless scenes featuring characters on trains, from the Harry Potter series to Anna Karenina to, most recently, The Girl on the Train, whose author clearly decided, “to hell with it!” and went all-in on the train motif.

The exaggerations of the arts notwithstanding, there can be something meditative about riding a train. It’s both soothing and inspiring to feel the steady rhythmic rush of its passage, the thundering momentum as you race past a sun-flecked pastoral landscape and, when you briefly intersect a city, the sudden appearance of buildings rising and falling like the perforated notes on a player piano roll.

Unfortunately, that’s not the train I ride.

The train I board every morning is a big clumsy silver relic with vinyl seats that come in hausfrau maroon or teal-and-blue-discount-mermaid. It looks as if nothing has been updated on the trains since John Cheever immortalized them in his luminous short stories, except for the steel panel-bolted ads, which now sport hashtags.

I never expected to find myself only writing while riding a train in from the suburbs. Twenty years ago, when I moved to Manhattan fresh from college, I dreamed of hours spent at a sprawling desk in a downtown loft apartment, or in a bustling, literary-yet-somehow-financially-successful magazine, or in my grandest delusions, while sitting in a bathtub, regally exhaling witticisms and profundities. Of course, only a handful of us get to be Oscar Wilde or Dorothy Parker or whoever their modern equivalents are (David Sedaris? George Saunders? Samantha Bee?) Most of us end up with demanding day jobs and hefty bills and, when it comes to following our creative aspirations, a resolve and self-discipline as porous as the kitchen sponges we use to clean up after our messy, beloved, time-devouring children.

Creatively, the train ride has its perks. I’m not one of those people who keep extensive journals, and when I need to come up with a memorable detail for a character, the train is quick to deliver. Just this morning, two rows ahead of me, a bearded man clutching a can of Natty light in one hand and a bottle of oxygen-infused water in the other took alternating swigs while staring out the window with the haunted look of a Russian aristocrat. All I have to do is airlift him out of the train car and drop him into a scene and it’s half-written.

“It looks as if nothing has been updated on the trains since John Cheever immortalized them in his luminous short stories, except for the steel panel-bolted ads, which now sport hashtags.”

But still, there’s the matter of time. Can you really get deep into a piece of writing, into anything creative, when you’ve only got 35 minutes? Isn’t that just the warm-up? Strangely, to invert the truism, more is less. On weekends, once the children have been anesthetized with iPads and I’ve ducked up into our attic with my laptop, I find that somehow I get less writing done in two hours. I’ll get lured into answering emails or researching online, frittering away the brief time before my children demand actual live parenting from their father (the nerve!). Many days, I don’t even make it to the attic; I’ll get distracted by laundry or the mail or yard work, telling myself I can always write later. Having all day to do it, however, means I never end up doing any of it—not even 35 minutes. Perversely, I’m more creatively productive on my busiest workdays. There is something about the entrapment of the space and the temporal limitation of the train ride that animates me. I don’t think I’m alone in this. We are a weird species. Give us vastness and we wilt. Corner us and we thrive.

So if you’re looking for that next great creative workspace, might I suggest a local, mobile alternative to the many MFA programs and writers’ colonies? You get to keep your job, see your kids, and sleep next to your spouse every night. Just, please, don’t talk to the guy by the window hurriedly pawing at his keyboard. He’s trying to find his way back into a dream.

Panio Gianopoulos is the author of the story collection How to Get into Our House and Where We Keep the Money (Four Way Books, 2017) and the novella, A Familiar Beast (Nouvella, 2012), an Amazon Best Book of the Month. His writing has appeared in Tin House, Northwest Review, Salon, Chicago Quarterly Review, The Brooklyn Rail, Big Fiction, and elsewhere; he is the recipient of a New York Foundation for the Arts Fellowship for nonfiction literature. He received his B.A. from the University of Massachusetts Amherst and his M.B.A. from Stanford University’s Graduate School of Business. Currently the Editorial Director of Heleo, Panio Gianopoulos lives with his family in New York. 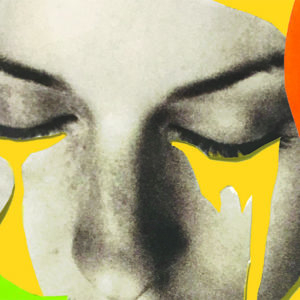 When I was first approached to design this cover, I was excited to tackle it because of the subject—a modern, toxic love...
© LitHub
Back to top