Rakesh Satyal on the Pick-Up Line That Changed His Life

(And Some Very Good Writing Advice, Too!)

As someone who works as both an editor and an author, I often find myself offering writers a popular piece of advice: Write the book that you would want to read. But as with most things, actually doing this can be much more complicated than a one-line directive would have you believe.

In 2012, after a decade of living and working in New York City, I moved to San Francisco: I was leaving book publishing to work in the world of branding. It was not a mere career switch that instigated my change of scenery. Despite dating efforts that had ranged from throwing myself at potential suitors to the occasional pas de deux that could—but never did—transform into an enduring waltz, I had spent that entire decade single, and as long I had no one special tethering me to the Big Apple, I thought that I might as well pack up my lonesome self and sail into the Bay.

At this time, I was about a hundred pages into writing a new novel that I had begun in the hopes of processing my own isolation and solitude. My first novel, Blue Boy, had focused on the resilience and resourcefulness of an Indian-American adolescent who, in order to process why he feels so different from everyone else—he is queer, it turns out—seizes upon the idea that he might be a reincarnation of the Hindu god Krishna. Although the main character, Kiran, faces innumerable obstacles and challenges from his parents, teachers, and classmates alike, the novel culminates in a hopeful moment: Kiran sees a way forward by reiterating, not diminishing, his natural creative impulses.

That first book had been well-received, and I had received countless messages from readers of all ages letting me know that it had helped them. It had enabled them to come out, to live their lives truthfully, to pursue their creative interests unabashedly and proudly. But I could not, at the time of my move, claim to be in a similar state of stability. Instead, I started to write about a middle-aged Indian man who was so mired in his lack of self-esteem and stunted by the absence of legitimate romantic engagement that loneliness was the defining factor of his life. Grafting solitude onto a character who would live it on the page seemed to provide me with a sense of catharsis.

San Francisco, despite all its numerous charms, was unable to pull me out of my funk, and I fell into a deep depression—one that was occurring a whole country’s length away from my friends and confidants in New York. My office was in Sausalito, and I would take the bus over the Golden Gate Bridge and look out at the shifting gem of the Bay and feel, at once, a sense of immense marvel at the physical world around me and intense defeat about my romantic prospects. I’d gather the city, perched as it was on those several hills, within my entire gaze, and all I would think was There is no one on this coast for you, either. I’d find myself collapsing on the floor of my still-virtually-empty apartment in the Outer Richmond, my spirit cloaked in a fog of defeat as the actual fog crept through the streets of my neighborhood.

Things came to a head a few months after my move when my older brother came to visit me from Los Angeles. I knew that I was not in a particularly happy place, of course, but until I saw my brother’s reaction to my sadness—saw it reconstituted in his stricken posture as he looked at me—I hadn’t realized how thoroughly sadness had permeated not just my perspective but my physical being. I even joked to him that I might do harm to myself, and yet again, in the intensity of his reaction, I realized how I hadn’t entirely meant this as a joke at all.

“Grafting solitude onto a character who would live it on the page seemed to provide me with a sense of catharsis.”

For all my denials, I was in a state of crisis. I had, in essence, lost the narrative of my life, and as with the countless stories and novels I had started but never taken back up, if I didn’t find a way to engage fully with the gravity of my situation, the narrative would remain unfinished, unrealized.

To the page I went again. The anxiety that had been tensing up my shoulders released itself through my fingers, and I poured all of my doubt and heartbreak and frustration into my protagonist, Harit. I turned an awkward date on which I had gone into a scene in which Harit struggles to connect with a new acquaintance when they go out to dinner for the first time. I turned a night in which I tossed and turned, worrying about my amorous prospects, into a scene in which Harit did so, as well. In reverse, the next time I found myself tossing and turning again, I found comfort in knowing that there was someone else struggling in the same way—even if it was I who had created him. Although I had come to see my depression as a thing to be fought, I still felt protective of it, and I felt that I could honor the truth of my hurt by laying it out in the form of compassion for the kindred spirit I was aiming to create in my writing.

Something about this process allowed me to dispel much of the pain that I was feeling. My first book, I had to remind myself, had included many humorous moments—its theme being that levity could loom just as large as suffering, if not larger—and as I managed to find moments of amusement, of recognizing the joys of life alongside its challenges, I saw my work not as compromised but, on the contrary, all the more justified.

Weeks later, on a Friday evening, I was walking along 16th Street, from the Castro to the Mission, to meet up with some friends at a now-sadly-defunct gay bar. I remember, vividly, the sway of the leaves in the night trees above me, the sweep of the windborne fog across my face, and I knew in that moment that the time I had taken to work out my pain through my writing had afforded me just enough confidence to make my way out of the emotional morass in which I had found myself for so long.

After a short while hanging out with my friends, I went to the bar to get another drink and saw the handsomest man I’d ever seen in my life.

In that moment, it was as if my character were writing me instead of the other way around. I found Harit telling me to say something, anything. I had nothing to lose: I had moved through my feelings of defeat and somehow emerged intact, and why shouldn’t I have the freedom—and courage—to be proactive? So I turned to this disarmingly beautiful fellow and delivered a now-infamous pick-up line (one that should likely never be repeated): “Who are you?”

“In that moment, it was as if my character were writing me instead of the other way around. I found Harit telling me to say something, anything. I had nothing to lose…”

Startled as he may have been by my directness, the fellow answered me, then ended up being my boyfriend for four-plus years. He is now my husband.

Ours was a whirlwind courtship that brought a surfeit of happiness where I had never expected one, yet however wondrous that period was, it was still laced with self-recriminations as I tried, again and again, to deny that I deserved any such joy. I would pick unnecessary fights, throw pointless tantrums, point out the million ways that I couldn’t possibly be worthy of the love that I had found. (I am, after all, a writer—and melodrama can be all too easy to write into your own life.)

Over time, however, I would learn to accept the gift that had been given to me–yet I also felt a responsibility not to forget the lonely person I had been in the past. As I continued to write the character of Harit, I helped him to move past his own limitations, and ours became a symbiotic relationship, my character helping me to chart my own unexplored emotional territory while I was able to give him the chance to transcend his self-doubt.

Years later, when the book, No One Can Pronounce My Name, was finally released and I held a launch party—back in New York, to which I had returned with my beloved—I found myself talking about how loneliness had played a key role in the genesis of the project. In turn, a friend asked me during the Q&A if I thought I would still make it a central theme of my work going forward, now that I was married and seemingly blissful. I knew in that moment, as I had known in the time before then, that yes, I would always feel a calling to give a voice to those who found themselves struggling as I had—and also to show them the hope that might come from pressing forward and finding the strength to persist, whether or not romance was what they wanted. (Lest this piece be read as an instruction to put all your goodwill into finding a man.) I had written the book that I wanted to read even if I hadn’t been fully conscious that was what I had been doing. All along, writing had been the companion, and then the solution, to my own solitude.

Rakesh Satyal is the author of the novels Blue Boy and No One Can Pronounce My Name, the latter of which is now out in paperback. 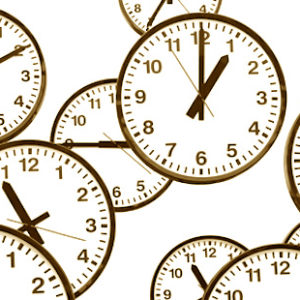 Written into our culture is the idea of the writer as adventurer, or the writer as rake. It isn’t enough that a person...
© LitHub
Back to top