Can you name the bestselling book of 1982? It’s not good. As are most of the biggest bestsellers of the last 100 years • Meet the showgirl who discovered Lolita: Sarah Weinman on the woman who helped Nabokov’s masterpiece find its American publisher • “Black children deserve the most abundant love ever created.” Kiese Laymon in conversation with Brandon Taylor • Why look at art when you could watch TV? On John Berger’s revolutionary art criticism • “The writers working away from the mainstream are often the most exciting ones.” A profile of Brigid Hughes, editor and founder of A Public Space • At WS Merwin’s old French farmhouse, Michael Wiegers surveys the landscapes (and donkeys) of the poet’s life • Richard Beard on writing his brother’s death, four decades later • “Like the ghostwriter, the translator must slip on a second skin.” Ten literary translators on the art of translation • What silent film can show us about writing • “No one has ever offered me any writing advice, nor did I ever ask,” and other revelations from Joyce Carol Oates • The former editor of The Guardian on what it was like to work with Julian Assange to publish Wikileaks • From a thriving literary scene to rent that won’t ruin your life: five reasons a writer should move to St. Louis • “What horrible price do we pay when we go against the laws of nature?” Joy Lazendorfer finds echoes of Frankenstein in the California fires • “I felt myself to be a much more fearful and tender reader at 57 than I was at 20.” Helen Schulman on As I Lay Dying, for today’s edition of The Avid Reader • “Travel writing, by a Nigerian who travels in parts of Africa, is a means of repair.” Emmanuel Iduma surveys the complicated oeuvre of African travel writing • The owners of Point Reyes Books on the limits of categorization, fighting dystopian creep, and the power of a small-town bookstore. Trump’s  radical remaking of America • Can you measure the happiness of your favorite story? • Jay McInerney recommends eight full-bodied novels for the literate oenophile • The Lit Hub staff’s favorite stories from November

In honor of her 75th birthday, we look back at the first reviews of every Marilynne Robinson novel • Helen Schulman on five books that came out of Stanford, featuring works by ZZ Packer, Tobias Wolff, and Ron Hansen • “I will hate you till the day I die”: 9 famous authors who responded to their bad reviews • This week in Secrets of the Book Critics: Ron Slate on Moby-Dick, Cane, and the addiction to visibility • Broken Amazon employees, fugitive slaves, a history of American torture, and more Book Reviews You Need to Read This Week • Our Literature in Translation Columnist Heather Cleary and Open Letter Books Publisher Chad Post talk Macedonio Fernández, Dubravka Ugresic, Mathias Énard, and more • A murderous sibling, a guide to insomnia, and a quest for the hangover cure all feature among the Best Reviewed Books of the Week

V. M. Burns recommends the coziest bookshop mysteries around, perfect for bibliophiles • “Plots are like a disease with me.” Sarah Weinman on Merriam Modell / aka Evelyn Piper, the reluctant icon of mid-century suspense • The year may be winding down for most of us, but for booksellers, it’s just getting started. Here’s a (former) bookseller’s guide to shopping during the holidays • Debut crime writers Kelly J. Ford, Gale Massey, and P. J. Vernon on the #ownvoices movement and breaking into publishing as a queer crime writer• “Is it morally defensible to own a Charles Manson dish towel?” True crime expert Tori Telfer answers this question, and many others, in her new true crime advice column • David Kimmel on discovering a crime in the family, 150 years after the fact • The opulence of the Gilded Age went hand in hand with suffering, inequality, and of course, plenty of murder.Rosemary Simpson rounds up 6 works of historical fiction that use their Gilded Age settings to the fullest • Paul French takes us on a tour through Mumbai’s crime writing scene and asks if Mumbai is, indeed, the most noir metropolis in the world • “I was fortunate to have a job that let me drive fast, carry a gun, and fight a bad guy or two.” Marc Cameron on the experiences that prepared him to continue the character of Jack Ryan • Alex Segura and Monica Gallagher, creators of the new hit podcast Lethal Lit, on crime fiction, audio storytelling, and why we need more powerful heroines • Mimi Wong interviews South African crime writer Imraan Coovadia about spy fiction, afrofuturism, and time traveling while black • From gloomy newshounds to cheerful sinners, the CrimeReads editors pick their favorite stories of 2018 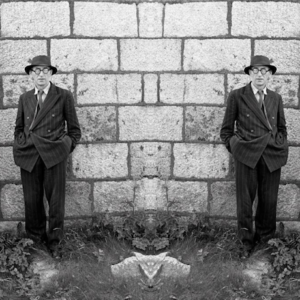 From WS Merwin to the effects of socialism on your sex life, the Lit Hub staff’s favorite stories from November....
© LitHub
Back to top