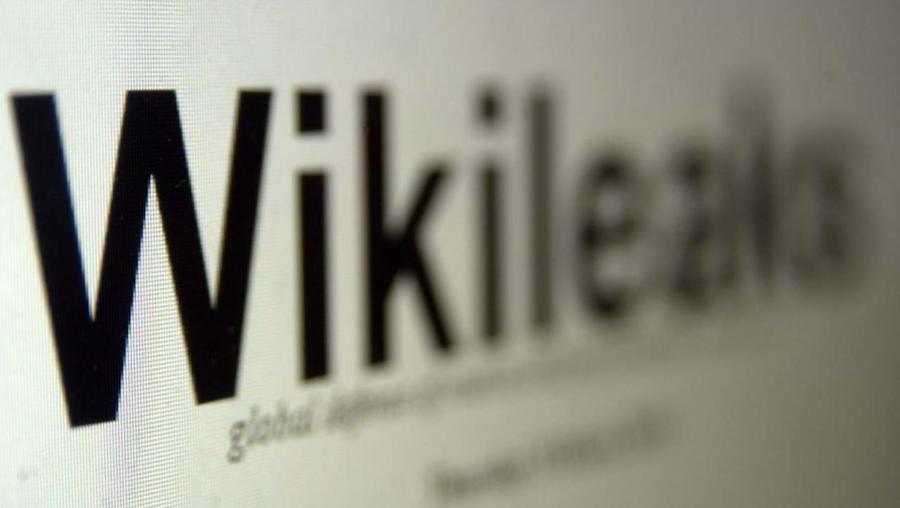 In January 2010, Hillary Clinton, then US Secretary of State, made a rather good speech at the Newseum in Washington D.C. about the potential of what she termed “a new nervous system for the planet.” She described a vision of semi-underground digital publishing—the samizdat of our day”—that was beginning to champion transparency and challenge the autocratic, corrupt old order of the world. But she also warned that repressive governments would “target the independent thinkers who use the tools.” She had regimes like Iran in mind.

Her words about the brave publishing future could well have applied to the rather strange, unworldly Australian hacker quietly working out samizdat methods of publishing the world’s secrets in ways that were beyond any technological or legal attack. Little can Clinton have imagined, as she made this much-praised speech, that within a year  she would be back making another statement about digital whistleblowers—this time roundly attacking people who used electronic media to champion transparency. It was, she told a hastily arranged State Department press conference in November 2010, “not just an attack on America’s foreign policy interests. It is an attack on the international community.”

In the intervening ten months, unnoticed by most of the world at the time, Julian Assange had developed into a most interesting and unusual pioneer in using digital technologies to challenge corrupt and authoritarian states.

Assange had made the journey from anonymous hacker  to one of the most discussed people in the world—at once reviled, celebrated and lionized, sought-after, imprisoned, self-exiled and shunned. He had been catapulted from the obscurity of his life in Nairobi, dribbling out leaks that nobody much noticed, to publishing a flood of classified documents that went to the heart of America’s military and foreign policy operations. From being a marginal figure invited to join panels at geek conferences, he was suddenly America’s public enemy number one. A new-media messiah to some, a cyber-terrorist to others. As if this wasn’t dramatic enough, in the middle of it all two women in Sweden accused him of rape. Oh, and Steven Spielberg’s people were on the phone to the Guardian wanting to buy up the rights to the story. You couldn’t make any of it up.

The media and public were torn between those who saw Assange as a new kind of cyber-messiah and those who regarded him as a James Bond villain. Each extremity projected onto him superhuman powers of good or evil. The saga became even more confused in December 2010 when, as part of his bail conditions, Assange had to live at Ellingham Hall, a Georgian manor set in hundreds of acres of Suffolk countryside. It was as if a Stieg Larsson novel had been passed to the writer of Downton Abbey, Julian Fellowes.

But—despite the tensions and the shouting matches and the disappearances and the threats and the silences—we produced some rather important reporting. As Sarah Ellison’s Vanity Fair piece on the subject concluded: “Whatever the differences, the results have been extraordinary. Given the range, depth, and accuracy of the leaks, the collaboration has produced by any standard one of the greatest journalistic scoops of the last 30 years.”

The series of stories which grabbed the attention of media, politicians and public around the world began on 25 July 2010. At this stage there were three media organizations involved in addition to WikiLeaks itself—the Guardian, Der Spiegel and the New York Times (another collaboration with Bill Keller). We had once again gone to the NYT because a) the quantity and scope of the documents (390,000 reports from Iraq alone) was greater than the Guardian, on its own, could do justice to in the time available; and b) because the US First Amendment protection for free speech might come in handy. Journalists in the US have a much stronger constitutional protection than their counterparts in the UK.

No news organization had, at that stage, ever had to handle such quantities of raw data, and it tested the ingenuity of our systems engineers to build a search engine capable of making sense of it.

On the first day we published 14 pages and the relevant Pentagon cables, which we, along with the other two media partners, redacted. Assange published a very great number of “threat reports.” It was the beginning of a fundamental difference of opinion about the responsibility involved in handling such sensitive material. The three editors felt we were treading on delicate security and ethical eggshells. The logistics—three (and, later, five) publications with different deadlines across three time zones—were complex enough. They became even more complex when we learned that Assange had given some of the documents to other news organizations.

Relations further soured over the continued involvement of the NYT, which Assange despised and which had run an unflattering profile of him. It was the most complicated editorial project any of us had been involved in. Different news organizations had divergent views on the sensitivity of particular regions or cables (the NYT was reluctant to publish material about Yemeni collusion with the US military, for example, whereas the Guardian and later El País felt this was an important story).

Publication came in waves. On 25 July we released our respective versions of the Afghan war logs. The Guardian’s coverage ran over 14 pages—too much for a general reader to absorb, but it was never certain that we would be free to publish a second day’s coverage. We focused  on civilian deaths and a special operations group, Task Force 373, which targeted the Taliban. Assange meanwhile simultaneously published all but 15,000 “threat reports.”

The Iraqi war logs, based on nearly 400,000 reports, were scheduled to run two weeks later on 8 August, though by now relations between some of the media partners and Assange were already cooling. By then we also had access to 250,000 diplomatic cables.

No news organization had, at that stage, ever had to handle such quantities of raw data, and it tested the ingenuity of our systems engineers to build a search engine capable of making sense of it. Once it was up and running David Leigh, the most experienced and tenacious of reporters, was able to get to work—a process he likened to lowering a hook into a pond and seeing if any fish came up. “Within a week or two, it was clear to me that there were about two dozen stories, each of which would normally be the splash story on the front page of the paper.”

An already complicated relationship with Assange became infinitely trickier when he was accused of rape by two Swedish women in the third week of August. Nick Davies made his own enquiries and strongly warned against any assumption that Assange had been set up. He was a partner in the series of revelations, but the Guardian had no obligation to defend him against charges of sexual misconduct, especially as he seemed to be distributing misinformation about what had happened. Quite the reverse.

In October we published the Iraqi war logs, including revelations of torture of prisoners by Iraqi forces; on the use of private contractors in war; and on Iran’s involvement. The format in which we released selected cables enabled the public to search within them.

The secrecy around such publication is double-edged—necessary to protect the security and exclusivity of the material, but in danger of creating a bubble of self-reinforcement.

Nothing about the arrangement was simple. But—after a late-night stand-off in which Assange marched into the office with lawyers at his side blisteringly to denounce us all—we were, sort of, back on track.

By 28 November the publishing consortium—expanded at Assange’s invitation to include Le Monde and El País—had more than 160 articles ready for publication and more in the pipeline. They ranged from revelations about US diplomats spying on UN officials; to Saudi Arabia urging the US to bomb Iranian nuclear plants; to relations between China and North Korea. Each cable the five publishing partners intended to use was subject to redactions. At the height of the operation we had more than 25 editors and reporters involved at the Guardian.

The secrecy around such publication is double-edged—necessary to protect the security and exclusivity of the material, but in danger of creating a bubble of self-reinforcement. At once stage I asked our columnist (and former Times and Evening Standard editor) Simon Jenkins to read through the stories we’d prepared just for a reality check. He’d not been involved in any aspect of the editing, and I wanted his frank assessment of the stories and any risk they might pose. His verdict: we had no choice but to publish.

We learned much from each other. I was nervous when the NYT told us they would be going to the White House for comment a week before publication. In the UK, few newspapers would consider doing that for fear of injunction. In the US, where a newspaper cannot realistically be injuncted, a more grown-up dialogue between state and media is possible. This was a lesson which was lost on the British authorities—up to, and including, the subsequent Snowden reporting.

We published. The sky did not fall in. The opponents of publication made repeated assertions of the harm caused by the release. Some years later, I was sitting with a senior intelligence figure as he predicted grave consequences of the Snowden revelations. Wed have blood on our hands, he told us.

“But you argued that over WikiLeaks,” I protested. He waved his hand dismissively. WikiLeaks was insignificant.

“But that’s not what you said at the time!” 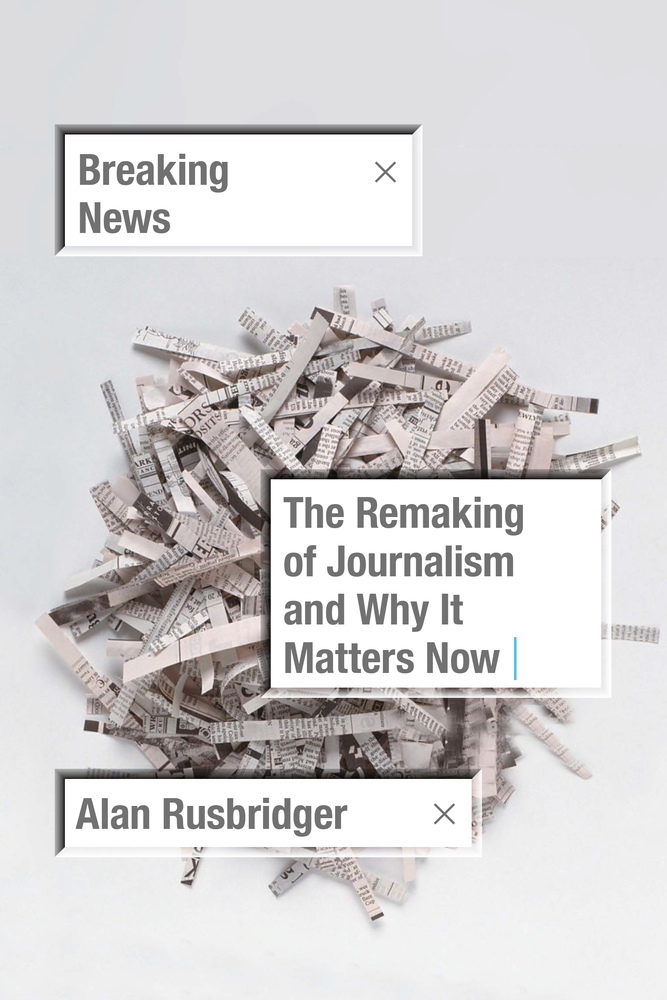 Alan Rusbridger was editor in chief of Guardian News and Media from 1995 to 2015. He is the author of Play It Again: An Amateur Against the Impossible and Breaking News, and is currently chair of the Reuters Institute for the Study of Journalism and principal of Lady Margaret Hall, Oxford University. 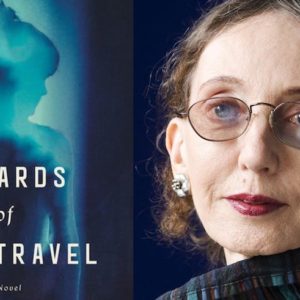 Joyce Carol Oates newest book, Hazards of Time Travel, is available now from Ecco.  * Who do you most wish would read...
© LitHub
Back to top
Loading Comments...