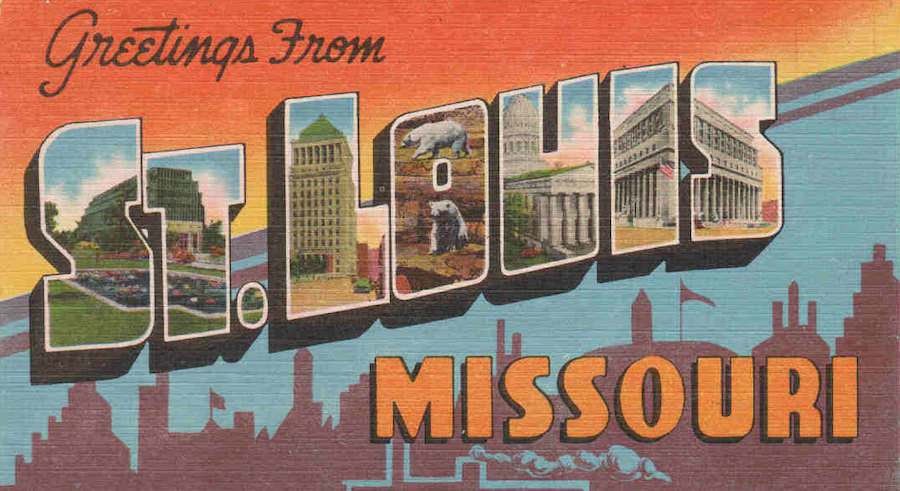 I collect hometowns, having lived long years in Boston, New York, and Los Angeles, each time putting down roots that grew into abiding circles of friends and colleagues. You might say I’m a connoisseur of hometowns. St. Louis, where I’ve lived since 2016, is the first one that I explicitly chose to nurture my life as a writer. I moved here after being accepted into the MFA program at Washington University in St. Louis, where I now teach. While the program provided a welcoming, built-in community to help ground me, I soon discovered the diverse and vibrant literary scene beyond my campus, and how St. Louis can help make a writing life possible—and revelatory—in ways that larger and more expensive cities often cannot.

I.
Literary Legacy and Community

St. Louis is endowed with a proud literary heritage as the birthplace of Maya Angelou, William Burroughs, Kate Chopin, T.S. Eliot, and Naomi Shihab Nye; and as the onetime home of Marianne Moore and Ntozake Shange. Of the 140 St. Louisans honored with a star on the city’s Walk of Fame on Delmar Boulevard, 19 are poets and writers. You can also pay your respects to Burroughs in St. Louis’s elegant, historic Bellefontaine Cemetery; and to Chopin and Tennessee Williams in Calvary, the Catholic cemetery next door, Williams’s family having defied his explicit wish to be buried at sea.

Today’s literary scene, very much alive, is anchored by several beloved independent bookstores including Subterranean and Left Bank, which organizes the annual BookFest St. Louis along with a vibrant year-round reading series. Bestselling authors on tour often touch down at St. Louis County Library, and nationally renowned poets at the Pulitzer’s 100 Boots Poetry Series. Home to some well-regarded national literary magazines including December, Boulevard, and River Styx, and to Dorothy, a small but mighty press dedicated to literary fiction written by women, the city also celebrates indie publishing with the annual St. Louis Small Press Expo. And our Regional Arts Commission provides direct support to writers and artists in the form of RAC Artist Support Grants up to $3,000 each.

If time is one of a writer’s most precious resources, St. Louis offers a wealth of it. Part of it is fewer distractions, another part of it is scale. As a Los Angeles transplant, I quickly discovered that each day here has more hours in it for writing because you don’t have unlimited entertainment options and you’re not wasting time plying the freeways, sitting in traffic, or finding parking; nor are you waiting for trains and buses. Fly into St. Louis and a straight shot on the Red Line will take you downtown, if that’s where you want to go, in half an hour. If you do drive, everyday trips might take 10 or 12 minutes, and I have friends here who forego car ownership altogether, opting for bicycle or public transit.

This unusual map vividly illustrates how small-footprint St. Louis would fit several times over inside sprawling LA—so would Boston and Manhattan. But average monthly rent for a one-bedroom apartment in those three former hometowns of mine is now over $2,000, $2,800 and $3,700 respectively, compared to just over $800 in St. Louis. The lower cost of living significantly reduces financial pressures on writers without a full-time job or multiple roommates.

III.
No- and Low-Cost Pleasures

Should you crave gainful distraction, you’ll appreciate the city’s world-class attractions with free admission, from the encyclopedic St. Louis Art Museum to the equally encyclopedic St. Louis Zoo. On a whim, at no charge, you can pop in to visit the Kiefer collection or kibitzing kangaroos. You’ll also find free concerts, affordable movie screenings ($5!), and welcoming faith communities.

The city is a feast for architectural history buffs, from Gilded Age grandeur to Eero Saarinen’s modernist masterpiece, the Gateway Arch. And if your exercise breaks from writing include jogging, biking, or simply rambling like Thoreau, you might become addicted to fecund Forest Park, 450 acres larger than New York’s Central Park. Coming from Southern California, then parched after five years of drought, I remember spending my first weeks here drunk on green. Forest Park’s fin de siècle European flair comes by way of the 1904 World’s Fair that took place on its site, but my favorite parts are the wild savannahs and maze of forest trails.

With an identity and a cuisine equal parts Western, Midwestern, and Southern, St. Louis boasts a vibrant cafe and gastropub culture, and—as a city surrounded by agriculture—a locavore ethos with ever-expanding organic and vegan offerings.

My friends and I started an informal gastronomy club to sample the extraordinary array of restaurants emerging out of St. Louis’s numerous immigrant communities, including Vietnamese, Korean, Chinese, Indian, Brazilian, Ethiopian, Ugandan, Moroccan, and Middle Eastern. A large wave of Bosnian refugees settled in here in the 1990s, now forming the largest Bosnian community outside of Europe. The city’s growing Muslim community has been joined, since 2014, by close to 70 Syrian refugee families. I have met a few of them through Welcome Neighbor STL, initiated by a local small business owner to bring St. Louis residents and new arrivals together over dinner while raising money for the families.

But barbecue and beer still reign supreme. While home to behemoth Anheuser-Busch Brewing Co. (since 1854), St. Louis can also quench your thirst for craft beers, with 81 microbreweries and counting. Similarly, an array of family-owned BBQ joints entice with their own secret recipes.

A thousand years before European contact, the fertile Mississippi River Valley was home to a thriving, architecturally advanced indigenous urban settlement. Just eight miles from St. Louis, the Cahokia Mounds comprised what was then the largest North American city north of Mexico. Today, it’s a UNESCO World Heritage Site and new discoveries continue to be made, as I learned when I attended an archaeologist’s lecture at the Cahokia Mounds State Historic Site, standing in the longest line I have yet encountered since moving here, one that snaked out of the building like at a rock concert. I was reminded yet again, as a coastal transplant to the Midwest, about the many histories of which I was ignorant until moving here.

Another stark example of things I did not know is the region’s long history of racial violence that long predates the police killing of Michael Brown. In 2014, the entire nation witnessed the streets of Ferguson erupt in anger and mourning and demands for justice as local activists propelled the Black Lives Matter movement into wider consciousness. Only after coming to St. Louis did I learn in an American Studies seminar that the Illinois city of East St. Louis, just over the bridge, was the site in 1917 of one of the most brutal manifestations of white-led mob violence against black citizens in US history. (In July 2017 my professor and I joined East St. Louis residents in their moving centennial commemoration, which went virtually unnoticed in the media.)

Like a number of American cities in recent years, St. Louis in 2017 removed from public space a controversial Confederate monument—the towering Soldiers Memorial erected in Forest Park 103 years earlier by the United Daughters of the Confederacy—one of the first official acts of our newly elected mayor. This year, Ferguson appointed its first black police chief and Mike Brown’s mother Lezley McSpadden announced her run for Ferguson City Council. Meanwhile a Black arts renaissance is flourishing.

Despite signs of progress, St. Louis remains a divided city, marked by real estate redlining, targeted disinvestment, racial profiling and, far too often, violence. Last year, noting that African Americans in Missouri are 75 percent more likely to be stopped and searched by law enforcement officers than Caucasians, the NAACP issued an advisory for African American travelers, visitors, and Missourians to “exercise extreme caution” when traveling in the state.

Every place bears the weight of its history, and these are the realities here. St. Louis makes me pay closer attention to these realities—and to my privilege—than other places I’ve called home. Living here, as a writer, is a lesson in how much there is both to learn and to savor, how many stories and people still to connect with. Whether you come here for school or to settle down, you become part of a struggle in progress, wounds old and new still healing, in a culturally thriving city still in an ongoing process of becoming.

Sylvia Sukop completed her MFA at Washington University in St. Louis where she is the 2018–19 Senior Fellow in Creative Nonfiction. Previous fellowships include PEN Emerging Voices, Lambda Emerging Writers, NewGround: A Muslim-Jewish Partnership for Change, and a Fulbright to Germany. Her work has appeared or is forthcoming in the Journal of Lesbian Studies, Waxwing, Creative Nonfiction, and The Southeast Review, and in the anthologies Emerge (Lambda Literary), LAtitudes: An Angeleno’s Atlas (Heyday), Strange Cargo (PEN USA), and They Said: A Multi-Genre Anthology of Contemporary Collaborative Writing (Black Lawrence Press). She is currently completing her first book, a memoir. 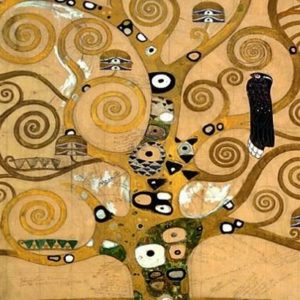 Nature has its necessity, its direction, its force. A flower can’t suddenly stop and decide not to bloom. A child...
© LitHub
Back to top