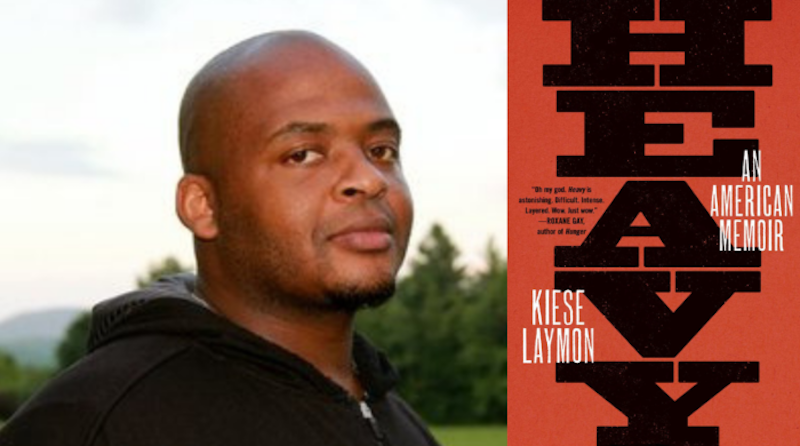 Kiese Laymon: Surviving the Failures of Others

The Author of Heavy in Conversation with Brandon Taylor

Kiese Laymon’s Heavy first appeared on my horizon via a series of separate Tweets from various writers I follow. My first thought was immediately, Oh, that is going to be an event. Laymon is one of those writers whose reputation precedes him as a fierce and brilliant critic, as a generous and rigorous teacher, and as one of the brightest minds of our time. His previous two books were a novel, Long-Division, and an essay collection How to Slowly Kill Yourself and Others in America, but right from the beginning, there was something different about Heavy. By all accounts, this book was in some ways more personal than his other books. It is a memoir of rare and remarkable vulnerability that often left this reader in awe. It is at once a personal history of a family, of a life, of a body, of a country. It swings between buoyant highs and gutting lows, but I don’t think it sacrifices an ounce of truth for drama or narrative convenience. Its honesty is arresting. This book will endure.

When I was offered the chance to ask Laymon some questions, I hesitated. It is not an easy book, though Laymon’s writing is lucid and crisp, with a natural elegance to it. The difficulty of this book lies in the complexity of the human heart, in the difficulty of life itself. And it seemed to me like the sort of thing I could mess up quite easily. I was also afraid of asking him unworthy questions. But I said yes because it’s not every day you get to ask Kiese Laymon about his new book.

And what I found was what I should have expected to find all along. He is generous in his answers. He is willing to engage. He takes your questions seriously, and you feel, when he swings the brilliant light of his attention and curiosity over to you, illuminated, better and smarter than you ever thought you could be. Heavy is a remarkable book, and it’s my pleasure to share this conversation with you.

Brandon Taylor: One of the most stunning elements of Heavy is the way that weight is tracked so carefully throughout. There are some sections that deal explicitly with the body (body dysphoria, fatphobia, disordered eating, exercise addiction), but it seems to me that in every section, in every part of the book, there is an awareness of your body. What it can do. What it cannot do. How others perceive it. How you perceive it. Could you speak to how this element arose in the book?

Kiese Laymon: That’s a hard question to run from, Brandon. I wanted my mother, the reader I cared the most about and the reader who taught me to write, to see the distinctions between my body and my weight and my perception and how I was perceived. My mother said so many loving things to me in my childhood. I remember a lot of those things but nothing she said to me burned as orange-red as when she was in a hurry to take her body to meet a man who was abusing her, and she told me to get my fat ass out of the car. I literally didn’t know she saw my body, my fat, the way I saw my body and my fat. I always thought, in this weird way, I was safe in her perception—if nowhere else—until then. And sadly, safe meant not fat.

BT: There were times in reading this book that I had to set it aside because it felt like I was walking over my own grave. There are things in this book that of course are particular to your family but which also feel particular to my family. I think sometimes it feels like the worst thing you can do in a Southern black family is tell other people how it was to be in that family. There’s sometimes a feeling of transgressing. And of course it’s such a difficult thing to write about people you love as you experienced them. Can you talk a little bit about the challenges and the concerns you expected to encounter in writing about your family and maybe some things that came up that you didn’t expect?

Black children deserve the greatest, most abundant love ever created. That should be where our imaginations of what’s possible start.

KL: That’s tough. So my mother and my family were with me, in a way, while I was writing this book. I was talking with them, asking them about their memories. But you know how writing is. At the end of the day it’s just you and words and spaces and memory. So I wished I could have been around them more physically when I was actually writing, like in the same room. That would have made it all less scary. I didn’t want that book to hurt anyone. But I was tired of running from who I was, who we’d been and what the nation really is. So I knew my family would be maybe proud, but I also thought they’d call each other and say stuff like, “That nigga really put that shit out?” Actually, maybe they do that and don’t tell me.

BT: I think a beautiful thing about this book is how vulnerable you are as you wrestle with the ways that the world was brutal and unfair and ugly to you and at the time, you wrestle with the ways that you were brutal and ugly and unfair to others, even when you didn’t mean to be. I think there are several moments in the book where we can feel a younger version of you pressed right up against something that he doesn’t have language for or perspective, and so he turns on himself. It’s rendered with care and grace and love. But it couldn’t have been easy, necessarily, as the writer to put all of that on the page. The mess of growing up. Was it difficult to write about versions of yourself who didn’t have the benefit of the perspective or of language you have now? And if so, how did you go about that?

KL: It took a while but once I exorcized every part of me that wanted a neat memoir rooted in “progress” and “heroes” and “resolution” and “respectability” I felt capable of publicly accepting the times in my life when I knew right from wrong and chose wrong because it would hurt someone else more than it would hurt me. And there’s more to writing and reckoning than that, but we can’t avoid that if we want to do this kind of writing. Sometimes I didn’t know the difference between love and terror, but sometimes I did and I chose to do stuff that terrorized other folks. And often I chose stuff that terrorized myself. I needed to start there if I was going to move anywhere else.

BT: I don’t think I’ve ever read a better or more accurate portrait of the genius wit of young black boys than this book. Black abundance is perhaps the best phrase I’ve read all year. And meager, I’ll never be the same. I think about the murder of Tamir Rice, and I think about the almost refrain of this book, your mother fearing that you’re headed for an early death. This perpetual shortening of black childhood. These seem to be in tension in this book. What are your thoughts about black childhood, particularly in the cultural imagination?

KL: I knew as early as 12 that I would get beaten sometimes for other people’s failures. If my mother’s partner failed and hurt her, I was more likely to get beaten and disciplined. If my teachers failed, I was more likely to get beaten and disciplined. So we have to not just broaden our cultural imaginations but really sift through why we want to believe some of what we want to believe about what black children actually deserve. We deserve the most abundant, messy, thorough love ever created from the people close to us and policies that shape the lives of those people. We get the opposite under the belief that black children will recover. We might keep going but we don’t recover. We take all that shit with us. Black children deserve the greatest, most abundant love ever created. That should be where our imaginations of what’s possible start.

KL: That’s a great question. I’m old. And I see young writers doing what I never did. They’re building vibrant, rigorous writing communities, and they’re asking for help. That’s crucial. I also think it’s crucial to share whatever you have with the members of your communities. So please share and revise and ask for help and write the shit you’re scared to write when you’re ready. Take care of yourself and your people before and after you leave the page.

BT: I think this book will provide language to many people who maybe didn’t have language for thinking about and through their trauma, their fear, and their pain. That seems like one of the reasons one might sit down to write a book like this. Another reason that comes to mind is that this book was necessary in some way for you to write. But since I have you, could you speak a little to why you wrote this book. And what you thought you were writing as you set out to write. Because so seldom do authors end up where they think they’re going. And maybe could you also talk a little bit about how it feels to have this book in the world. I, for one, am so glad it is out there.

KL: I thought I was initially writing a weight-loss memoir. I wrote that memoir. It was corny, sentimental and terrible. Then I wrote what I always wanted to write. I wanted to write a memoir that critiqued the American memoir, while playing with time, while directly addressing my mama, while talking about how words and sounds kept so many of our black southern selves alive and questioning, while refusing the trap of deliverance, while lifting up and looking under my particular black southern family. I wanted to not be afraid of our bodies any more. I did a lot of what I wanted. Not everything. But a lot. I’m so happy it’s over. And I get scared everyday that people I love are going to be mad at me about the book. My family is finally beginning to sit and sift through who we’ve been. So that’s good. But I’m glad the writing of that thing is over. I don’t think my body was ready for me to write that book. I’m glad the writing is over. 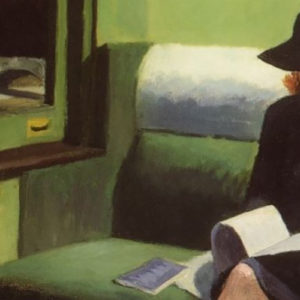 As the year draws to a close, some of us like to look forward, and some of us backward—and some way backward. Last month,...
© LitHub
Back to top