TODAY: In 1866, anarchist Voltairine de Cleyre, known for being a prolific writer and speaker, and opposing capitalism, the state, marriage, and the domination of religion over sexuality and women’s lives, is born.

“This distinction between ‘entertainment’ and ‘literature’ was not meaningful, not at the highest levels.” George Saunders on Gogol, Johnny Tremain, and following the magic • How Virginia and Leonard Woolf remembered their war dead: a look at one of Hogarth Press’ earliest printings • Herman Melville Did a Thing, or: A 100% super-real artifact of self-promotion from the author of Moby-Dick • Eight short stories about long-distance running to read when you don’t feel like actually running a long distance • The adaptation of Elena Ferrante’s My Brilliant Friend is exactly what we need right now: slow TV • On the tenacity and bravery of Marie Colvin, legendary war reporter • Co-parenting with Lord Byron was as weird as you’d think it would be • D

o women have better sex under socialism? Kristen R. Ghodsee on the inextricable tangle of sex, money, and women’s independence • Marina Benjamin’s adventures in insomnia • “He was not an illustrator, nor was he a filmmaker; he was a writer and, importantly, a reader”: Tyler Malone, Rion Amilcar Scott, and Nikesh Shukla remember Stan Lee • Putting the “author” back in “authority”: Ralph Ellison, Toni Morrison, Vladimir Nabokov and others unpack their own famous works • “Wouldn’t it be great to directly perceive the warping of space-time?” Astronomer Chris Impey anticipates our telescopic desires • Write a really bad first draft, and more advice from the National Book Foundation’s 5 Under 35 • Samantha Harvey on the melancholy of reverse narratives • Announcing the winner of the Restless Books New Immigrant Writing Prize • Jonathan Franzen’s 10 rules for novelists, only some of which make us sad • Huda Al-Marashi on her parents’ arranged marriage, and why she wanted something different • “Hatred could not justify child murder, but fear could.” How America remembers Emmett Till • Who’s afraid of communist writers? On the CIA-Soviet culture wars that shaped American art • When Amy Hempel’s dog was briefly reincarnated • On Fiction/Non/Fiction, Edmund White and Lit Hub’s own Emily Temple discuss literary feuds, social media-as-equalizer, and our appetite for drama • Nimmi Gowrinathan on the myth of Stockholm Syndrome and women guerrilla fighters

10 iconic WWI novels for the armistice centenary, from All Quiet on the Western Front to the Regeneration trilogy • From Goodbye, Columbus to The Stories of John Cheever, Karen E. Bender talks about five short story collections that shaped her work • This week in Secrets of the Book Critics: Los Angeles author and critic Steph Cha on Raymond Chandler, Lovecraftian fiction, and pans vs. positive reviews • Superior socialist sex, Franzen’s fowl friends, and more of the Book Reviews You Need to Read This Week • From climate change to car crash sex: looking back at 5 classic J.G. Ballard novels • Michelle Obama’s memoir, Jonathan Franzen’s essays, dispatches from the opioid crisis, and more all feature among the Best Reviewed Books of the Week

“It’s an accepted fact that all writers are crazy; even the normal ones are weird.” Remembering William Goldman’s brilliant screenwriting career • Ellie Alexander recommends five boozy mysteries to sip on late into the evening • Time to brush up on your Golden Age classics with Neil Nyren, as he takes us on a tour through New Zealand crime writer Ngaio Marsh’s life and work •  Gabino Iglesias on the 10 weirdest crime novels you probably haven’t read • From Sherlock the outsider, to Sherlock the community builder, to Sherlock the literary pastiche, a look at the many interpretations of Conan Doyle’s ever-popular character • “I think your own instincts will tell you when it’s time to run.” And other very good advice from Liane Moriarty • Emily Littlejohn recommends 7 mystery novels that seamlessly blend fairy tales and felonies • From mysterious hotel deaths to spies in the cold to scandals in Scandinavia: your guide to November’s essential true crime books • Crime and the City goes to Edinburgh and celebrates a long and robust crime fiction tradition that’s more than just Rebus • From the 1930s to the present day, J. Kingston Pierce delivers a brief history of the many and dogged reporters of crime fiction • Crime writers Amy Stewart and Molly Tanzer talk historical fiction, murder mysteries, and present-day politics • Lawyer and crime writer Allen Eskens on capturing the complexities of addiction in crime fiction • Radha Vatsal on The Woman in White, the sensation novel, and the origins of the modern psychological thriller • Get started on your Thanksgiving binge-watching early, with this guide to the best crime cinema new to streaming • MR Carey takes a look at which genres play well with crime fiction—and which are the trickiest to combine • The human condition is the greatest mystery of all: an interview with David Grann

Glimpses of a Transformative Primary School in Johannesburg 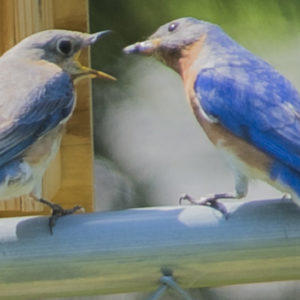 Yesterday, we published a lot of great pieces that probably not that many people read because they were too busy talking...
© LitHub
Back to top