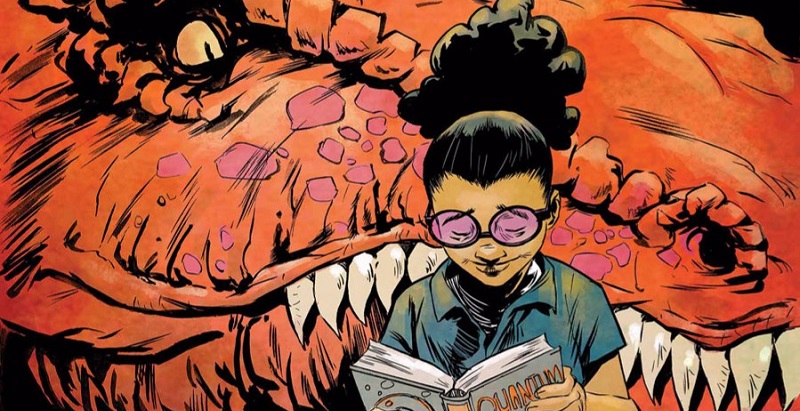 This is how my son became pen pals with Stan Lee:

I remember the night as being unusually dark, but that’s probably an invention, part of the story I tell myself. A couple days previous we had somehow elected a beast to lead us. A villain. A real life Dr. Doom. I move sluggishly this day. Like everyone else around me I’m in the throes of devastation. The world, I knew, would soon be pulled off its axis and we had no idea how bad unmoored would feel. My book was new to the world and a book new in this world is in need of promotion. I had been scheduled to read at an anarchist bookstore in Baltimore. It was a reading I was excited about. I dig anarchist bookstores. This night I can scarcely find the energy to drive up the highway. I drive though and when I get there I find that most people have better things to do than listen to me read my fiction just days after the great devastation.

There were some people who were really excited about your reading tonight, the store manager tells me. All those people are at the protest.

I read for about an hour to empty seats, a store patron who wandered over to be polite and a friend who dipped in after work. I’m trying and failing to conceal that my national sadness is making it impossible to take joy in reading my work as I usually do. When the excruciating hour is finished I wander over to the bookshelves and notice a comic, Moon Girl and Devil Dinosaur, that I had meant to buy for my six-year-old. It’s about a little black genius girl and her T-rex sidekick. Lunella Lafayette is the smartest person in the Marvel Comics Universe, not Bruce Banner, not Mr. Fantastic, not Tony Stark himself is more brilliant, but because she is a little black girl, no one listens to her. I knew my little superhero, who sincerely believes he is the smartest kid in the universe, would feel a kinship to this brilliant little black girl.

I couldn’t wait to put the comic into his hands and then I remembered a week or so back when my son read an article on Stan Lee in Parade magazine with a pen in his hand studiously marking the pages.

What are you doing? I ask, confused. The boy frequently perplexes me.

The boy is, if anything, a satirist who finds his father as the ripest target for his comedy. The first joke he ever told was pointed mockery of his old man and I couldn’t have been prouder. It was my habit at the time to pore over stacks of student papers and studiously mark them. And after my son crossed out and circled Stan Lee’s words, he disappears and returns with an envelope. I direct him to get into the shower.

To Stan Lee Marvel Comics, he writes on the envelope.

What are you doing now? I ask. I thought you were getting in the shower.

Daddy, can you mail this to Stan Lee, he says.

That’s not even how you address—Fine, I’ll mail it. Get in the shower.

I knew my little superhero, who sincerely believes he is the smartest kid in the universe, would feel a kinship to this brilliant little black girl.

I slip his letter into my backpack and forget about it until that moment in the aisle of the bookstore thumbing through the adventures of Lunella Lafayette, a superhero I would have loved to have existed when I was six.

The next day I find an old Marvel Comics letterhead online. What would Stan Lee say to my boy? I ask and then I imagine his gravelly voice in my head; I channel all the Bullpen Bulletin letters he wrote in the back of the comics I read in my youth. I start to type: Thank you for grading my article. I found your marks to be lovely… Keep drawing and telling stories and be a responsible kid. Like my friend Spider-Man says, “With great power comes great responsibility!”

And one of the great correspondences of our time is born.

There’s an argument against this type of parental subterfuge that I’m not unsympathetic to. Why set up your child to accept deception and fantasy and all manner of magical thinking? It’s simple to me though. The world is racing to show the face of its ugliness to my children. For the moment of childhood, it’s a small good thing to help kids feel as if they can step from boredom or anger or sadness into a comic story or a fable or a fantasy. As Chris Van Allsburg writes in a note to readers of The Polar Express of his childhood belief in Santa Claus, such enchantment is “[t]he exquisite, almost unbearable anticipation of a fairy tale coming to life…” Bring on Santa Claus, flying reindeer and pen palships with world famous comic creators. My son talks about his friendship with Stan Lee as if it’s the most ordinary occurrence for a (now) eight-year-old child to exchange letters with the legend who created the Hulk. The fantastic as the mundane.

When I think of truly magical moments from my childhood, I think of my mother introducing me to comic books when I was about five. Just dropped Archie, Batman and Superman off on my bed and left me to disappear into adventure. Later, I stopped reading Archie and DC Comics and gravitated to the Marvel Universe shaped in large part by the imagination of Stan Lee. Spider-Man could stick to walls and lift trains, but neither his webbing nor his super-strength were a match for his insecurity. Bruce Banner may have been a genius scientist, but his brilliance and ambition turned him into a monstrosity and there was nothing to be done about that. Just got to live with it, I guess, and manage it somehow. Who doesn’t feel like someone special with a wound? Stan Lee’s creations were me and I spent a significant amount of my youth in and out of the comics shop arguing about who was the greatest X-Man (it’s Wolverine).

The world is racing to show the face of its ugliness to my children… it’s a small good thing to help kids feel as if they can step from boredom or anger or sadness into a comic story or a fable or a fantasy.

When I came to create, I invented the town of Cross River, MD, a world, a universe where characters from discreet stories could interact across adventures. It mimics the way I think, I often say, and it does, but that way of thinking derives from the Marvel way designed partly in Stan Lee’s mind. I give credit to Sherwood Anderson and Gloria Naylor and them for my world—and they do deserve credit—but before I discovered their work I was reading about Spider-Man showing up in Morbius’s life and Morbius causing havoc in Ghost Rider’s book.

Well, the moment I feared since beginning this letter exchange came and the storyteller is gone from the world. He was an elderly man and that’s what elderly men tend to do. My wife warned me that one day soon I’d have to explain away the hero’s death. My son, the Spider-Man aficionado, Shuri fan and friend to Stan Lee, spent the past two years trading letters with his, and my, hero—each ending with Excelsior! He’d excitedly rip open the manila Stan Lee envelope whenever it came in the mail, on his birthday or just because. It was only fair for Stan Lee to offer a goodbye.

I sat and again filled my head with that gravelly but melodious voice. What’s the lasting thing Stan Lee would want my boy to remember? As if possessed I began to type:

I want you to always work hard to be creative to write and tell the best stories. It’s what I did. Don’t let anyone stop you from dreaming up fun new heroes and worlds. Dreaming is the best thing that we do. When things seem dark we have the ability to dream of better days and better ways. Then we can make a story out of it and the best parts of those stories become the real deal. Some people say that dreaming is baby stuff, but you and I know the truth…

Rion Amilcar Scott’s short story collection, Insurrections (University Press of Kentucky, 2016) was awarded the 2017 PEN/Bingham Prize for Debut Fiction. His work has been published in journals such as The Kenyon Review, Crab Orchard Review, and The Rumpus, among others. The World Doesn't Require You, his sophomore story collection, is forthcoming from Liveright in August 2019.

12 Writers on Their Own Famous Books 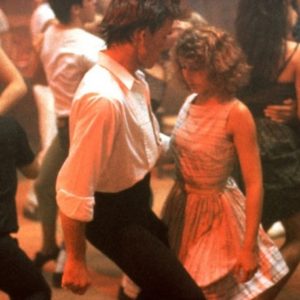 Tonight in the lesbian retirement community where I spend the winter I was flipping the TV dial and happened to come across...
© LitHub
Back to top