My Brilliant Friend is the Kind of TV We Need Right Now: Slow

The HBO Adaptation of Elena Ferrante is a Refreshing Change

The most anticipated literary television event of the season—and maybe the year—has to be HBO’s eight-episode mini series adaptation of Elena Ferrante’s My Brilliant Friend, the first book in her Neapolitan series, and the original germ that gave you and everyone you know a bad case of “Ferrante fever” a few years back.

But apparently, when the first two episodes premiered at the Venice Film Festival, all that eager anticipation quickly turned to “general sighing” and widespread boredom. “To say the advance press screening was a muted affair would be generous,” Emily Yoshida wrote in Vulture. “I witnessed more walkouts throughout the two hours than I did during Luca Guadagnino’s bloody, polarizing Suspiria.” She wondered if the problem had something to do with the unpracticed young actors (Elisa Del Genio and Ludovica Nasti) but wrote that “[director Saverio] Costanzo’s direction is so ponderous and slow that I have to wonder how much of a difference it would make.”

I have now seen the first six episodes of My Brilliant Friend, and I can tell you: it is slow. But its slowness is part of what makes it great television. And for the record: I found all four actresses to be phenomenal, especially for being untrained, but also probably because of it. Gaia Girace, who plays teenage Lila, is particularly striking; it’s hard to look away from her when she’s on screen, which surely tracks with Ferrante’s vision.

The show, overall, is very loyal to its source material—it had to be, lest the fans revolt—and so let’s be real: the book is also slow. I don’t mean this as a criticism. My Brilliant Friend is slow, particularly at the beginning, because it is dealing with the minutiae of children’s lives. It has lots of characters whose names and ages and relationships to one another you keep forgetting. It is a thorough, detailed account of the consciousness of one girl living in relative poverty. Like Knausgaard’s My Struggle, with which Ferrante’s works are often paired as an example of “autofiction,” the slowness is part of the point. It’s what makes it feel like life.

But there’s also something about Ferrante’s manner of telling that creates slowness. Even when there are dramatic incidents, in both the book and in the series, their register is only slightly elevated—in part because the daily life in the neighborhood is already so difficult for so many (this is what happens when your father throws you out a window because you want to go to school and you and everyone you know basically accepts this as acceptable and even routine), and in part because everything that happens lives explicitly under the cloak of memory. The adult Elena decides what gets weight and what doesn’t, and she is a remarkably even storyteller—except, notably, when she’s talking about Lila.

We may have hyped the Neapolitan series into exalted oblivion, but these books aren’t traditional page-turners. Which is a good thing. We have enough page-turners.

For instance, in one of the most visually striking scenes in the show, a fireworks competition between two New Year’s Eve parties on opposing roofs—the Carraccis’ (where Lenù and Lila and their families are) and the Solaras’—transforms almost immediately into a hazy, nightmarish memory, one face bleeding into the next, the sulfur coloring the air. It’s not clear what’s happening, but what is clear is what it feels like—exactly how you represent a memory of an event like this one. It’s a metaphoric battle that only Lila truly feels—until, out of fireworks, one of the Solaras starts shooting a gun at the Carracci party. Everyone hurries away, but this violent turn is barely remarked on. The focus is on what the moment represents, not what it is. This too is true to the original text. The end of this scene as Ferrante wrote it (and Ann Goldstein translated it) goes like this:

But it didn’t last; it was broken by the rising cry of a child in the distance, shouts and insults, cars advancing through the streets littered with debris. And then we saw flashes on the Solaras’ balcony, sharp sounds reached us, pah, pah. Rino shouted in disappointment, “They’re starting again.” But Enzo, who immediately understood what was happening, pushed us inside, and after him Pasquale, Stefano. Only Rino went on yelling vulgar insults, leaning over the parapet, so that Lila dodged Pasquale and ran to pull her brother inside, yelling insults at him in turn. We girls cried out as we went downstairs. The Solaras, in order to win, were shooting at us.

That’s the end of the chapter; the next one begins: “As I said, many things about that night escaped me,” and goes on to worry about Lila.

This is all to say that I don’t know what the people who walked out expected—we may have hyped the Neapolitan series into exalted oblivion, but these books aren’t traditional page-turners. Which is a good thing. We have enough page-turners. When I read My Brilliant Friend I had a similar experience to when I read the first Patrick Melrose novel: I loved it, and I wanted to keep reading, but I couldn’t have told you exactly why. I couldn’t quite pin down the appeal. The plot was not exceptional. The prose was not overtly artful, or overtly artless. There was simply some truth in there that kept me interested.

This is not the case with most of the television I watch, and even the television I love. RuPaul’s Drag Race and The Good Place and BoJack Horseman (just to use three of my favorite current programs as an example) are larger-than-life, mile-a-minute shows, filled with color and capers and puns and enormous, existential quandaries. Most shows these days are—they’re designed to keep you glued to your seat, so you’ll still be entrenched there when it comes to commercial time.

So look, I get it. We’re not used to slow TV. We’re not used to slow anything anymore. And this show is so slow it has subtitles. I mean, when’s the last time you saw a television show with subtitles? I know: it’s hard to read a television show. That’s not what we come to television for. How are we supposed to also scroll through Twitter or our group text, because one screen is never enough, if we have to read the show we’re watching? Reading is for books! Well, yes. But you might want to bone up on your TV-reading skills. My Brilliant Friend is HBO’s first ever series to be shot in a language other than English—it was produced in conjunction with Italy’s RAI network—but it won’t be the last: they have an Israeli drama, filmed in Hebrew and Arabic, as well as a Spanish-language comedy in the pipeline.

For me, there is something deeply refreshing about the kind of attention the subtitles require from the viewer, a kind of attention not demanded by any other popular show on TV right now. You have to keep looking, even though there are a lot of long shots where no one says anything, and where in the book, you’d been hearing Elena’s thoughts. You also have to spend time being fully in the world of the neighborhood, lush in its bleakness, and of Ischia, lush in its lushness. You begin to notice things—facial tics, background space, the lighting. While watching, I thought often of Luca Guadagnino’s recent adaptation of André Aciman Call Me By Your Name. The adaptations faced a similar struggle—how to adapt a novel that relies heavily on the complex interiority of an outwardly quiet first-person narrator—and a similar solution: rely on silence, atmosphere, and acting.

Of course, the whole show isn’t slow: there is incident, and more importantly, there is emotion, some of it intense and poignant. As in the books (and, not for nothing, as in life), the stakes get higher as time goes on, and the weight of what happens, like what happens on Ischia with Donato Sarratore, is all the more resonant for the space that surrounds it.

Can slow TV save us? Probably not. But for now, this show is a good, temporary antidote to our distracted, impatient, binge-reliant viewing culture. So are books, by the way. But you knew that already.

So, Do Women Have Better Sex Under Socialism? 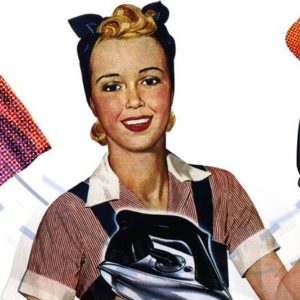 So, Do Women Have Better Sex Under Socialism?

When I was in my twenties, a dear friend of mine, whom I will call Lisa, worked in human resources for a large corporation...
© LitHub
Back to top