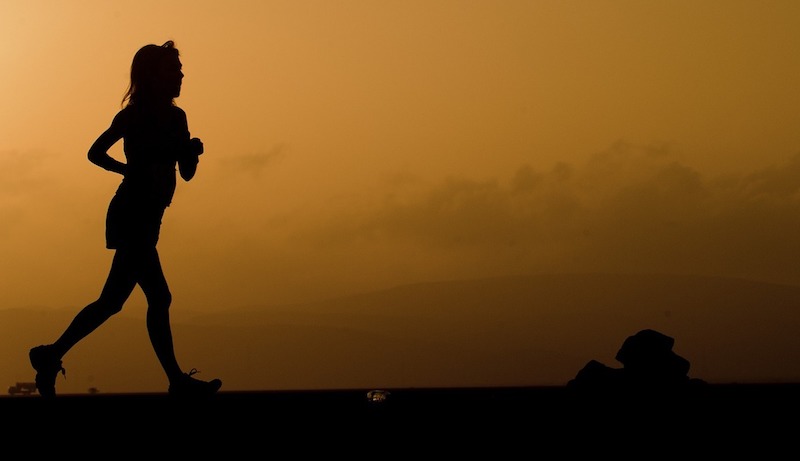 Actually Running is Hard. Read These Stories about Running Instead.

One of my favorite poems by Emily Dickinson, “I like to see it lap the Miles,” captures what I feel about long-distance running as a dual means of grounding and detaching from our perceived limits of the body. Though Dickinson’s poem is about a train, the speaker circles the machine-like way in which a distance runner must also detach and steel herself against her unknowable destiny, as she “lick[s] the Valleys up / and Stop[s] to feed [herself] at Tanks… docile and omnipotent / At [her] own stable door.”

Like a moving train, a distance runner is made subservient and powerful by her own will, all those grueling miles she spends alone on the road, enduring her pain to the point of ecstasy. I think this is true of the best writing too, the kind that knows how to subsume and enthrall us at once, streaming with a language that feels as vivid and concrete as it does illusory and untouchable. Here are eight stories that defy time and distance as a concrete, measurable object; each story pushes the mind out of its imagined borders, testing its thresholds, asking us to love what we cannot place. 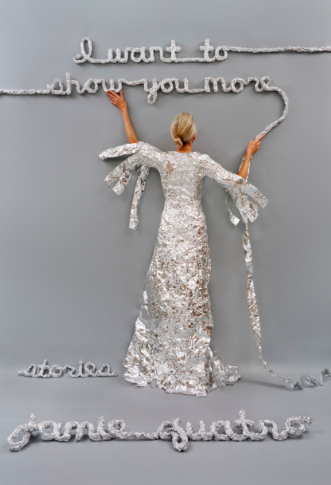 “Ladies and Gentleman of the Pavement” by Jamie Quatro
(I Want to Show You More, Grove Atlantic, 2013)

Though the opening feels familiar to any regular runner—“I’m in Start Corral Three”—Quatro’s story enacts the strange dreamscape of the Chickamouga Battlefield Marathon somewhere in Georgia. The unnamed narrator, like everyone else running, has been assigned a statue to carry into the finish, and the problem is not the weight or size of the statue, but each runner’s relationship to it. The statue represents the denial of pain, and the narrator tries to confront her pain to find some relief, that moment when her “senses open up and [everything can be taken in]—telephone wires silhouetted against blue sky, layered bark on the trunk of a tree…by mile ten I can no longer feel my feet touching the ground.” Quatro reminds us that the marathon is never about finishing so much as it is about being viscerally in our bodies, for as long as it takes to separate from our suffering. 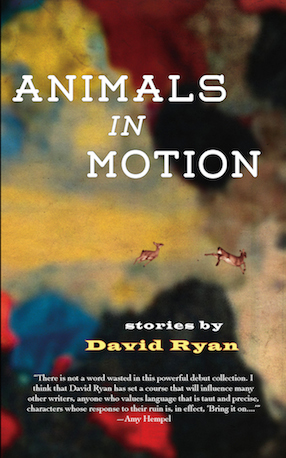 “The Runner” by David Ryan
(Animals in Motion, Roundabout Press, 2014)

“The Runner” is a work of lyric brilliance as it circles a father’s love for his daughter as she learns to walk, and eventually run, surpassing him. But then he suddenly loses her. His ten-year-old daughter dies of an unknown cause, and we experience the reversal of nature as an ordered, measurable thing hurled onto his running body; he feels his legs “chopping off” like trees whose branches are like “capillaries” spreading through “the poison hard sun.” Yet the man still runs on for his daughter, chasing after his pain, circling it in his heart as the language circles and searches to overcome his grief. The story traces the shape of loss, almost like a spinning orbit beating past death and into the mythic depths of a father’s love for his child, becoming a map of their shared “constellated memory.” 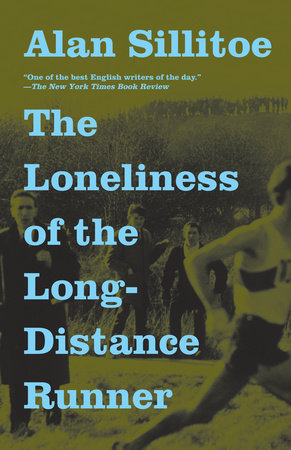 A classic for every literary runner’s anthology, this story affirms distance running as a journey through which linear time and any outside measures of achievement cease to matter. The story’s hero, a reform-school cross country runner articulates the moment when time ceases to exist as “the most wonderful minute because there’s not one thought or word or picture of anything in my head…I’m empty, as empty as I was before I was born.” We watch the runner’s layered consciousness unfold through his morning runs, an act of resistance against being made an object for the masses, through the private experience of emptying his thoughts, and freeing himself from his past, certain of his running process as the “only honest and realness…in the world.” 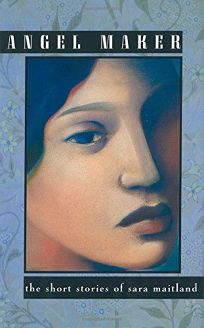 A feminist spin off Sillitoe’s classic, Maitland’s story delights as often as it surprises. It is told from the points of view of two lesbian lovers—one takes the shape of the love letter, and the other occupies the duration of a marathon and runs stream-of consciousness. The runner’s thoughts embody the length of the marathon, as she searches for the “wise animal” state that will make her mind and body one. Meanwhile her distant lover grapples with her own jealousy over the other runners her lover is racing alongside; she fantasizes over her lover’s bod, her “yard of leg… miles and miles of tight, hard, thin muscle”—but at the same time, she wants the reason for her desire to be more than sex; she wants to love her lover for the reasons that she runs: “her endurance, perseverance, [and] acceptance” of extreme pain. The race ultimately paints love as immeasurable distance between the mind and the heart, and endless test of what it takes for two drifting souls to merge. 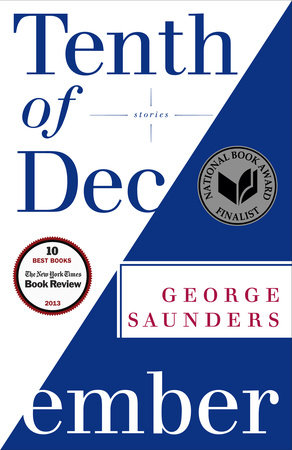 I adore everything about George Saunders and this collection, but the opening story, “Victory Lap,” is my favorite. While it isn’t packed with running scenes, the unlikely hero Kyle Boot is an endearingly awkward cross country runner… a skeleton with a mullet,” as described by Alison Pope, when she sees him running through the neighborhood. When the story takes a violent turn, we are saved by Kyle’s runner impulses, the moment he chooses not to heed his father’s authoritarian “directive” and charges across the lawn with a geode to save Alison. The narrative chases the victory lap around Kyle’s mound, this counter narrative that preserves our sense of humanity in spite of the story’s totalitarian stakes. 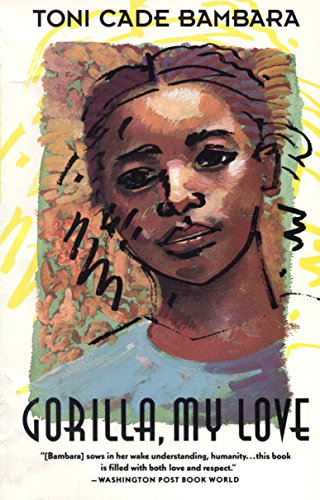 Every time I read Toni Cade Bambara I am emboldened by the fearlessness of her voice, or the way in which she so fully and unapologetically enters each one of her characters. “Raymond’s Run” follows Hazel Parker in her quest to win first place in the fifty-yard dash on May Day. Just before the start gun goes off, she narrates the surreal beginnings of every race: “I always feel like I’m in a dream, the kind of dream you have when you’re sick with fever and feel all hot and weightless.” It is her form of escape from what she can’t control of her life, yet she learns that the point of the race is not to outrun her shame and her guilt, but rather to embrace that truth as honestly as she can, in running for her troubled brother, Raymond, and affirming the devotion of their shared love. 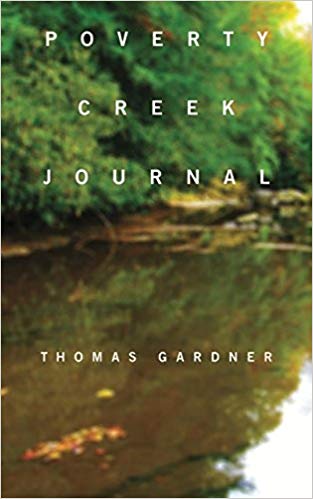 This is one of the most beautifully rendered pieces about running I’ve encountered under fifty pages. On the surface, Poverty Creek Journal is a daily running log in lyric prose, but it soon offers a meditation on the articulable nature of the human experience. After the narrator suddenly loses his brother, we follow his thoughts through nature, his mind wandering to integrate the strength and frailty of the body as he runs. Gardner’s luminous insights on running are often breathtaking. He likens running to “half sleep, when you’re awake in a way, but aware of dreams passing in a kind of un-retraceable wandering….the turning colors passing through me… no real way to put any of this into numbers, mile after mile streaming through me.” We escape with Gardner away, from the finitude of miles and the illusion of stasis through his will to observe and gradually integrate loss into his body. 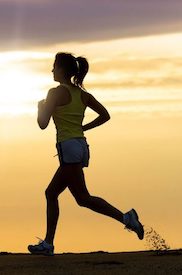 “Running Alone” is a masterpiece of the short form; in less than twenty pages Marcus threads together three disparate perspectives across the Porter family. Hunter Porter must race for a national cross country title the same moment his mother Irene is undergoing a surgery to remove a malignant stage IV breast tumor while his father Albert runs around the hospital, trying to give his son all of the strength he will need to test his limits despite Irene’s uncertain future. The simultaneity of their experience is relayed through the duration of Hunter’s cross-country race, tested the instant he falls from a state of timeless euphoria and must come to terms with his suffering, digging to push every ounce of himself through the last three hundred yards; he hits the wall, as if he’s become “some hopeless mass of rock hurtling through space.” Though we never learn whether Hunter wins or loses the title, we witness his attempt to give everything he has for his mother: this act of love that can endure, and ultimately transcend, his family’s unknowable fate.

Jaclyn Gilbert received her MFA from Sarah Lawrence College and BA from Yale University. She is the recipient of a research fellowship from the New York Public Library, a contributor to the Bread Loaf Writers' Conference, and her work has appeared or is forthcoming from Post Road Magazine, Tin House, and Lit Hub. Late Air (Little A, 2018) is her first novel.

Herman Melville: How to Promote Your Future Classic About Whales 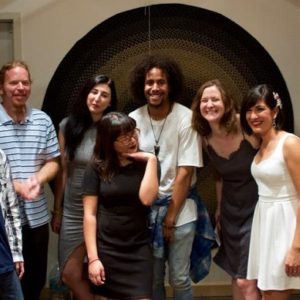 Las Vegas doesn’t have a longstanding reputation as a literary city, but its status is growing. In 2017, the Beverly Rogers,...
© LitHub
Back to top
Loading Comments...