Elifi Batuman asks, “Why am I taking pointers on lesbian sex from Louis CK?” • Read an excerpt from Nell Zink’s new novel, Avalon • Lily King on the childhood recipes we carry with us • A.J. Bermudez considers writing and mourning • Xu Xi reflects on the transnational literary life • On Jane Austen, Kazuo Ishiguro, and the unhappy happy ending • Robbie Quinn on becoming his wife’s writing partner at the end of her life • Nicole Melleby on writing for young queer readers • Elizabeth Hardwick on the capable coolness of Faye Dunaway • How Virginia Woolf helped Diana Goetsch write a trans memoir • Gabe Montesanti recalls a pivotal meeting with the late George Hodgman • Ben Westhoff investigates a dear friend’s murder • Two essays about life in wartime Ukraine • How Shakespeare engages with Buddhism’s dukkha • Andrea Marcolongo on running to live and running to write • Behind the creation of the first female superhero comic • Nikole Hannah-Jones and Gio Swaby discuss portraiture that uplifts Black women • What can dogs teach us about courage? • Lisa Russ Spaar on publishing her debut novel in her sixties • Sarah McCoy in praise of the literary happy ending • Why Primo Levi’s work was rejected in post-war Italy • The treacherous world of New York City real estate • When London got the Marilyn Monroe fever • “I felt betrayed by a place I had wanted to be in for so long”

Frances Ha is All Grown Up

Sisters of the Snake by Sasha Nanua and Sarena Nanua, Read by Soneela Nankani 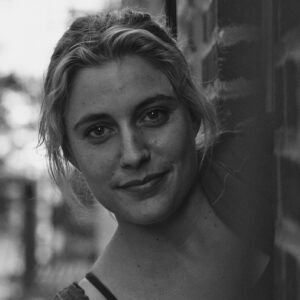 Frances Ha is All Grown Up

I wrote a version of this essay, about the Noah Baumbach-Greta Gerwig film Frances Ha, when I was 21 years old. It was 2013,...
© LitHub
Back to top