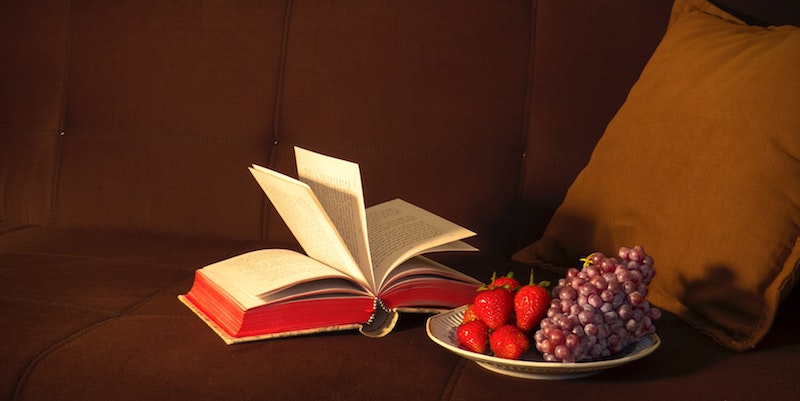 Sarah McCoy on the Restorative Catharsis of a Happy Ending

Our communal obsession with fairytale endings transcends generations, geography, languages, and the rise and fall of romantic cynicism. I argue that there’s something in our human DNA that seeks the Happily Ever After (HEA).

Sure, we dress it up in different names: the American Dream, Shangri-La, Garden of Eden, Elysium, Mecca, Heaven, Zion, Avalon, Valhalla, and the list goes on. Proof that this isn’t a new fixation. It’s had time to develop multiple personalities. A wide selection of fabled roads lead to HEA. Along the way, it has gained an incalculable following of true believers. Or, at the very least, those who want to believe. I’m one of those, even in my firm resolve that HEA are not possible in the real world. For that reason, fiction proves the only plausible solution.

Historically, storytellers like myself have been addressing the HEA doctrine with every narrative we spin. According to researchers, these fairytale endings can be traced as far back as the Bronze Age, long before literature had even the language to describe itself.

For example, take a HEA that we all know and love: Beauty and the Beast. Penned by French author Gabrielle-Suzanne Barbot de Villeneuve, the story was published in 1740 and is among our oldest of HEAs. Since publication, it has been retold again and again from the 18th-century salon readings to 2017’s Disney singalongs. Some of the characters have changed. A dancing candlestick was added in recent case. But the HEA ending has remained the same for hundreds of years. The prince is saved from his cursed beast-hood by the love of a kind-hearted maiden. The maiden gains a magical kingdom and a devoted prince for loving the unseen spirit over the outward appearance. Cue Angela Lansbury as Mrs. Potts singing, “Tale as Old As Time.”

We might balk at the sentimental flamboyancies, but we won’t reject the deep feeling of contentment we’re left with. But why?

That’s what I ask myself when I sheepishly pass over poignant, gritty novels and my fingers linger on the spines of ones that promise—*gasp*—a happily ever after. But that’s the thing with HEAs. They actually aren’t all Cinderella and Prince Charming dancing on clouds to an orchestral curtain close. Those fill a certain emotional craving, too. There are as many variations of the HEA story as there are definitions for their fundamental descriptors: happy, ever, and after. The meaning is dependent on the interpretation and what we each want to believe those words signify.

I think we might incline toward literary HEAs because readers can’t control the events in their real lives. If we’ve learned anything over the past few pandemic years, it is that the world is relentlessly unpredictable. Chaos will always be just outside our door and all around us, but the HEA provides a sanctuary. In this fictionalized realm, we are protected. There is an omniscient narrator that promises to captain us through the storms to tranquil seas. Which means the HEA is stress-relieving.

Some might (and many do!) claim that these kinds of books are a form of self-care healing. Our minds are put on cruise control. It’s a joy ride through the pages. We meet characters, fall in love, fight, cry, laugh, and more. We have permission to feel all the emotions knowing that happy is the ever after destination. That’s greatly appealing. Real life can never give us that assurance.

There are as many variations of the HEA story as there are definitions for their fundamental descriptors: happy, ever, and after.

Years ago, my mother said to me, “Life is too short to read books that make me feel worse. I read to feel better.” At the time, I was in my English graduate program. Deep diving into Gustave Flaubert, Cormac McCarthy, F. Scott Fitzgerald, Leo Tolstoy and the like. I think I argued with her something to the effect, but that’s not reality! And she candidly answered, “Exactly.”

A couple decades older now, I see the truth of what she said. I still love Flaubert, but I’ve developed great respect for HEA books, too. I need them as much as I need Madame Bovary to make wild love, spend all her fortune, eat the arsenic and die. It’s cathartic. Once again, we circle back to the most ancient of storytelling. The Greeks defined it. Catharsis: the purification and purgation of emotions through dramatic art; renewal and restoration through extreme emotional states. I’d say that for the modern person, one of those extreme emotional states is happiness. It’s psychologically restorative to feel catharsis through the (yes, yes, unrealistic) extreme happiness of literary characters.

When I sat down to write the ending of my new novel Mustique Island, I wrote four vastly different endings. One pre-pandemic. One during quarantine. And two in the aftermath. Each one altered the narrative arc of the book resulting in four massive but imperative rewrites. The world had changed entirely. I had changed. Everyone around me had changed.  The relational contract between author and reader had changed.

The family saga I had written about a mother and her daughters hadn’t been a HEA. In fact, it had been utterly tragic in the first and second drafts. I’m talking rip your heart out, drowned kittens, dead butterflies tragic. But I didn’t want to read that kind of book anymore.  One of my writing rules is that I cannot be so wed to my own scribblings that I neglect to see the flaws. That’s Narcissus’s story… and not a HEA. So, I shredded hundreds of pages, rewrote, shredded some more, and rewrote again.

I didn’t aim for a HEA. Technically, Mustique Island isn’t one as defined by the genre. That requires a solid romance plot, which it does and doesn’t have. Each of the protagonists (Willy May, Hilly, and Joanne) yearns for someone to love and moreover, someone to love them as complicated, transformative women. I’m not spoiling anything by saying that their endings provide that.

Allowing them to have those satisfactory conclusions didn’t just feel right on the page, it carried over into my reality. It gave me hope that maybe I too am worthy beyond my beastly attributes. Maybe my own HEA is attainable. And isn’t that the purpose of art? To share a meaningful emotional ever-after with those we love.

That’s something to celebrate. That’s a book I’ll pick up time and time again. 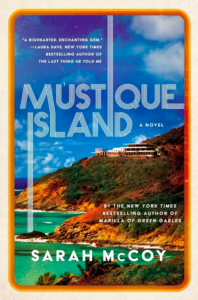 Sarah McCoy is the New York Times, USA Today, and international bestselling author of the novels Mustique Island, Marilla of Green Gables, The Mapmaker’s Children, The Baker’s Daughter, a 2012 Goodreads Choice Award Best Historical Fiction nominee, the novella “The Branch of Hazel” in Grand Central , and The Time It Snowed in Puerto Rico. Her work has been featured in Newsweek, Write or Die Tribe, Real Simple, The Millions, Your Health Monthly, Huffington Post, Read It Forward, Writer Unboxed, and other publications. She lives with her husband Doc B, an orthopedic sports surgeon, dog Gilly and cat Tutu in Winston-Salem, North Carolina.

The People Who Show Up for You: A Reading List of Unconventional Families 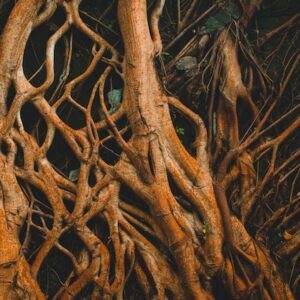 I sit in an Adirondack chair and watch as my one-and-a-half-year-old granddaughter runs over to a nearby garden bed clutching...
© LitHub
Back to top
Loading Comments...