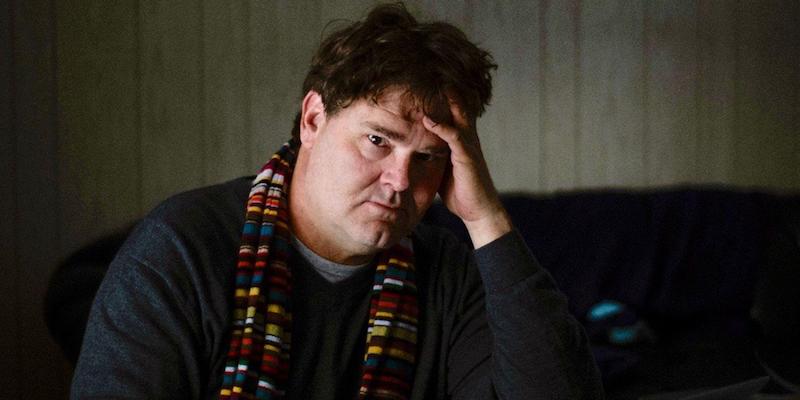 Gabe Montesanti on Her Friend and Mentor

I first encountered George Hodgman’s work the year before I entered an MFA program in nonfiction. I’d recently run away from home and was living with my girlfriend in Bowling Green, Ohio, while she finished her master’s degree in math. I applied to twelve programs—from Fairbanks, Alaska to South Florida and everywhere in between.

On my visit to Washington University in St. Louis, the institution I wound up attending, my soon-to-be mentor Kathleen Finneran took me on a drive around the city. I longed for knowledge about the city, its gated neighborhoods and difficult history; I yearned for her to tell me how to best pursue the writing life.

“You should read Bettyville, by George Hodgman,” she told me. She didn’t disclose anything else about the book or who Hodgman was: I would discover all of that on my own.

We were too broke to afford anything inessential, living by the skin of our teeth, so I checked out Bettyville from the local library. I started and finished the book in the tiny, twin bed I shared with my girlfriend. Like me, Hodgman was from a rural midwestern town and was gay. It was my first time reading anything about Missouri: the place where my own memoir would eventually be set. Afterward, I jotted down my thoughts in my journal. Please let me one day write a book as beautiful and gutsy as this one.

If all had gone according to plan, I would have been just like the many lucky readers out there who fell in love with Hodgman’s work: moved, inspired, graced by a storytelling master. But the plan changed. It just so happened that one of our visiting writers had to cancel at the last minute, and my professors managed to secure Hodgman in her place. The gig involved a dinner at a fancy French restaurant, a reading, and individual meetings with everyone in the nonfiction MFA program after reading a selection of their work. Because my advisor knew how much I loved Hodgman’s work, I was asked to introduce him at the reading and accompany them to dinner.

The piece I had sent Hodgman to read was an essay that originated from a prompt I had been given in class: Visit a place that makes you uncomfortable. I had chosen to go to a strip club in East St. Louis. There was nothing particularly remarkable about the club—the surprise of the essay was that something about the place had felt familiar. It bore remarkable similarities to the dilapidated, grimy roller rink where I played roller derby on the west side of the river.

“Roller derby?” These were George Hodgman’s first words to me in our private conference. He extended his hand and gave mine a brief shake. “You’re the roller derby girl? Jesus Christ, we need to talk.”

My first impression of George was that he looked incredibly kind. A large, black Labrador slept at his feet. I bent down to stroke the dog, and when I found my seat, I could hear my heart beating in my eardrums.

“I’m going to be honest with you,” he told me. “This isn’t a comparison piece. We don’t need the strip club. What we need is more of this wild-ass roller rink.”

Standing in front of George Hodgman and a packed room, something in me shifted. Hodgman’s words floated back through my mind: You have a book here.

I could feel my face reddening. “Yes, he watches us skate. Sometimes I forget how strange it is because it just seems normal to me now.”

George nodded, scanning me up and down. “Well, people are going to love this, just love it,” he said. Then, setting down the essay, he looked me directly in the eyes and said seriously, “You have a book here. You know that, don’t you? You have a whole goddamn book here.”

It’s difficult now to articulate exactly what that felt like. My stomach dropped and my heart swelled. I mentally etched those words into my mind. George Hodgman thinks I have a book.

“It’s original, it’s fresh, it’s heartfelt…” His sentence trailed off as he picked up my essay again. “And St. Louis is the perfect setting for a project like this. It just is. Has a certain scrappiness to it. I can tell you do, too.”

Before our meeting concluded, Hodgman made me promise I would start taking notes like a journalist. “Go out and buy a little notebook and don’t drive away after roller derby practice until you write down everything that happened,” he told me.

Later, after he was gone, I would regret not asking him if that is what he did. I didn’t ask him anything about what it was like to write Bettyville, or anything about the publishing process. I had simply been too stunned and overwhelmed. Where were the notebooks he kept, the quotes he jotted down about his mother—and did he know they’d come in handy? Did he understand that what he was doing was writing a memoir?

Our dinner would’ve been the perfect opportunity to ask these kinds of questions, but instead, we discussed his stints at Talk Magazine and Simon & Schuster. As the dinner progressed and the time grew closer for me to introduce him at his reading, my nerves started mounting. When we entered the lecture hall together, I was visibly shaking, which was uncharacteristic for me. Hodgman sat down in the front row and the room quieted.

“Entire anthologies have been written about what it means to leave New York,” I began. “Reducing Hodgman’s memoir Bettyville to a story about leaving New York is grossly simplistic, but that is how his tale starts. A flight back to Paris, Missouri, population 1,200. A quiet house. A mother who is suffering from dementia but whose strong-willed personality persists. And to top it all off, Hodgman confesses in the opening pages, ‘Caring for things—flowers or people—has never been my strong point.”’ The audience chuckled, which emboldened me. I stood up a little straighter.

I went on to describe Hodgman’s humor, his openness about his orientation, and ended with a quote I had underlined and dog-eared back in Bowling Green when I was reading Bettyville for the first time. “The thing about being a watcher is this: You are never really a part of things, especially if the person you must watch is yourself, always, just to make sure no one ever really sees you.” That line had seemed to reach within me and snag on a memory of a friend’s eighth birthday party, her father pointing to all the girls and telling them who they were. “You’re the class clown,” he said to one girl. Then, gesturing towards another, “And you’ll probably be president someday.” When he got to me, he hesitated. “And you—you’re the wallflower. You’re the watcher.”

It had always stuck with me, this stranger’s assessment, and would float back into my mind throughout my adolescence: times I chose to observe rather than participate, moments I tried to make myself so small I’d be invisible in the wake of my family’s dysfunction, or times I felt the confines of the closet to be most suffocating, before I got the courage to come out. Now, in my young adulthood, it was Hodgman’s words that dogged my every step. For years, I had made sure no one ever really saw me. Was that still what I wanted?

Standing in front of George Hodgman and a packed room, something in me shifted. Hodgman’s words floated back through my mind: You have a book here. You know that, don’t you? You have a whole goddamn book here. Hodgman saw me, and I wasn’t afraid. Hodgman believed in my potential to be seen.

I don’t remember the applause after my introduction, or Hodgman’s reading, or how I said goodbye. What I do remember is the color of the journal in which I started taking notes of my roller derby days and the sound of my leg breaking on the track a few weeks later. From my recovery bed, I composed an email to George Hodgman that I never sent “I can’t skate anymore,” I wrote, though what I meant was more a plea: Is my only story already over? Do I have anything else to say? I can’t say for certain, but he probably would have predicted what I found to be true: breaking those bones led to a reckoning. I needed to contend with the trauma I had yet to put down on paper. My writing voice hadn’t broken with my leg.

After I graduated, I found representation for my book and was offered a writing residency at a center in Nebraska. I read Bettyville for a third time during my stay. It was there I realized Hodgman hadn’t just given me a belief in myself, but a tangible design for writing—like him, I could transform my essays into chapters with a chronological thrust forward. Like him, I could transform myself into someone who was a watcher at heart but was also willing to step out of the shadows.

George Hodgman died in July, 2019, less than a year before I sold my memoir to The Dial Press. We were Facebook friends; he was on my list of potential blurbers. Would he have remembered me? I think now about how I would reintroduce myself. “I’m the roller derby girl,” I would say. “We met at Washington University in St. Louis. You told me I had a book, and it turns out you were right.” 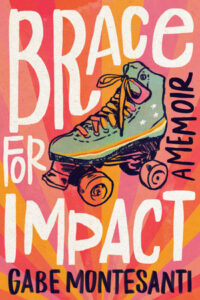 Gabe Montesanti’s Brace for Impact is available now via The Dial Press.

Gabe Montesanti is a queer Midwestern roller derby player. She earned her MFA in creative nonfiction from Washington University in St. Louis. Her piece “The Worldwide Roller Derby Convention” was recognized as a notable essay in The Best American Essays. She lives in St. Louis with her wife.

Field Notes on How to Build a Diverse Democracy in America 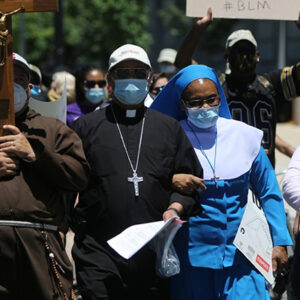 Field Notes on How to Build a Diverse Democracy in America