Lynne Cox on the Daring Feats of a Flying Newfoundland

Sitting at home at my desk, I was watching a video on my computer unlike anything I had ever seen.

Beneath the hazy blue Italian Alps on a strip of green grass beside the aqua waters of Lake Iseo, a long line of dogs on leashes waited restlessly beside their owners. There were soft-coated golden retrievers, enormous Newfoundland dogs, athletic yellow, chocolate, and black Labradors, sturdy spaniels, and alert German shepherds.

The dogs started barking wildly when they saw a black Newfoundland wearing a bright red swim vest break from the line, pulling two men with her. One man was wearing a red full-length wet suit and the other was in dark shorts and a T-shirt. They were holding a handle on top of the Newfoundland’s harness and steering her toward a wide patch of grass. Despite her size and heavy body, she was light-footed and running quickly, and she sprinted when she saw a helicopter circling overhead.

The yellow and red helicopter began its descent. The air was filled with the roaring, thumping, and whining of the helicopter’s rotors, overpowering all other sound.

As the helicopter touched down, two people in red wet suits climbed out of the passenger compartment and stood on a wide metal step. They crouched down, leaned forward as if they were preparing to jump out.

Gusts of wind from the rotors smacked the dog’s face, tossed dirt into the air, and blew her fur back. The deafening noise from the helicopter was painfully loud, but the Newfoundland was not deterred. She was completely focused. She ran in step with her escorts and knew exactly what to do.

Two meters from the helicopter, she leaped into the air. Her escorts lifted and hoisted her toward the helicopter door and the two people on the helicopter step caught the handle on her harness and strained to lift her on board.

Immediately she moved into position. She turned around in the passenger area and stood on guard between the two people in wet suits. One of the crew spoke into a radio giving the all-clear signal.

As the helicopter lifted off, the Newfoundland leaned out the door and watched the land drop rapidly below her. Quickly, people and dogs became black dots on the small green rectangle.

I shifted in my chair, curious about what they were doing and where they were going.

As the helicopter climbed higher into the sky, the dog’s mouth was opening and closing. She was tasting the air. Her nostrils were moving in and out quickly. She was smelling the air for clues as she was hunting with her crew.

The helicopter climbed quickly into the blue sky spotted with puffy white clouds and banked over the deep dark waters of Lake Iseo. The pilot flew over a large white rescue boat and turned along the shoreline. The Newfoundland dog and crew continuously scanned the craggy shore and water below.

Small fishing boats plying through the rippled water dotted the lake. A few sailboats drifted slowly across the water in the warm breeze. Ferries cruised to and from the large islands below. In the hazy distance small villages built in the Middle Ages clung to hillsides and spread out along the lake’s shore. Soft white, pastel-yellow, saffron, orange, ocher, and cream-colored buildings reflected in the lake in wavering pools of color like an Italian impressionist painting.

Something was moving below. The Newfoundland spotted it first and signaled the crew with a deep bark and a tug on the harness. A man about two hundred meters from shore was splashing wildly. It looked like he was struggling to keep his head above water.

Most dogs are terrified of loud noises. They cower, hide, or run away. But this wind-battered Newfoundland was not concerned. It looked like she loved to fly.

The pilot lowered the helicopter. The dog looked at her human partners to make sure they were ready. While still high in the air, the dog leaned out of the door. The crew adjusted their grip on the dog’s harness and held her tightly. She leaned farther, pulling them almost out the door. Barking and stomping her front paws, she alerted them that there was someone in the water in distress.

The crew restrained her so she would not jump too soon, but she continued to lean forward. It did not matter that the helicopter was too high off the water; she was prepared to leap. When the helicopter was about three meters above the surface her owner jumped in and the crew launched the dog. The Newfoundland flew through the air, dropped rapidly into the water, hit the surface hard, and disappeared.

A few seconds later, she popped up in the rotor wash. Stinging spray hit her in the eyes and face, but she had a position fix on the man in the water. Somehow, she paddled quickly to her owner and they swam to the victim through large waves created by the whirling helicopter blades.

The dog swam beside the man, turned, and offered her harness. He held on to the handle, and with the owner supporting him, the Newfoundland pulled them both four hundred meters to shore.

When they touched the sand, the struggling man stood up, smiled, and thanked the dog. They climbed from the water onto the beach. The owner took the dog’s head in his hands and praised her for a job well done. They were both grinning.

Replaying the rescue video on my computer, I wondered how a dog could do such an unnatural thing. Not only did the Newfoundland jump from a great height, she had to leap from a moving helicopter. She was a large dog and she hit the water hard. It exploded around her. She must have felt the sting of it. She dropped below the surface and had to hold her breath. I wondered how she did it without getting water up her nose. It all looked so simple, but that happens when one prepares perfectly, when one is ready physically and mentally for the task at hand. Still, I wondered if this Newfoundland dog had been born with this courage or if she learned how to be brave.

Courage is something that is revealed when one is faced by adversity. It may originate from somewhere in the heart, and often we find courage by working through fear. I’ve always wondered if the ability to be courageous is something that is born within us, something that emerges at the moment we need it, or if it is what we learn through taking on life’s challenges. That dog was courageous and I had to find out more about her.

Looking at the video a third time and stopping it here and there, I watched for the dog’s hesitation. Was this something she wanted to do or was she being forced to do it? I realized that she did not hesitate once. 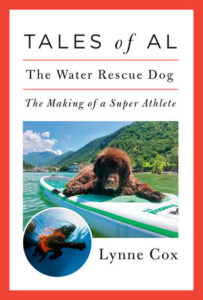 Excerpted from Tales of Al by Lynne Cox. Published May 24, 2022 by Alfred A. Knopf, an imprint of The Knopf Doubleday Publishing Group, a division of Penguin Random House LLC. Copyright © 2022 by Lynne Cox.

Lynne Cox was born in Boston, Massachusetts, and grew up in Los Alamitos, California. She set open-water swimming records all over the world, swimming without a wet suit. She was inducted into the International Swimming Hall of Fame. Her articles have appeared in many publications, among them The New Yorker, The New York Times, and the Los Angeles Times Magazine. Cox lives in Long Beach, California.

Is The Godfather the Greatest Story of US Immigration Ever Committed to Film? 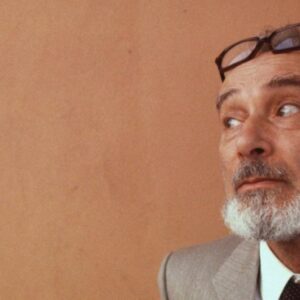 Looking back over cuttings of reviews, leafing through old newspaper and magazine articles, rereading the cultural climate...
© LitHub
Back to top
Loading Comments...