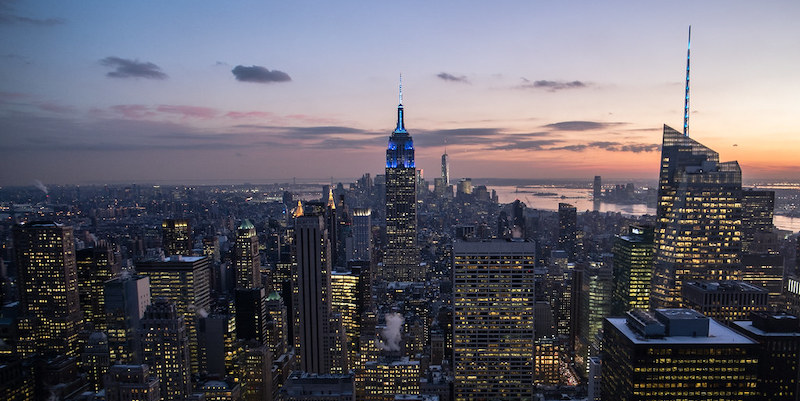 From Big Wins to Financial Disasters, Adam Piore Recommends Some of His Favorites Tales of Big Money Life

New York City has always been a magnet for the world’s most ambitious, creative and megalomaniacal. Some end up in the psychiatric emergency room of Bellevue. Others build skyscrapers.

Which is why books about the city’s most storied individual buildings (my favorite books at least) are never just about a lifeless piece of “real estate.” The most memorable New York City real estate books are also about the crazy, eccentric, larger than life characters the city has a habit of attracting. The building of properties in question are simply the embers that ignite their grandiose ambitions. And when you break the story down, the quest to win, build, or buy these concrete prizes constitutes the same kind of archetypical human dramas you find in many good stories—ambition, ego, hubris, failure, redemption. (Along with divorce, physical altercations, lots of yelling and fortunes won and lost).

My book, The New Kings of New York, is about some of these larger-than-life personalities. Steve Ross, who owns the Miami Dolphins and built the Time Warner Center and Hudson Yards; Arthur and Will Lie Zeckendorf, dynastic scions whose opulent condo on the Park was so successful fellow developers named it “Limestone Jesus”; Kent Swig, whose epic spending spree ended in epic calamity; and his irascible father-in-law Harry Macklowe, the meanest, most charming octogenarian in the city.

Of course, the real hero of many of the best real estate stories (certainly it is in my book) is often the most fascinating, enigmatic, famous character of all: New York City itself.

There are plenty of good yarns about some of the city’s most iconic properties, and the big personalities behind them. Some of them even chronicle the additional exploits of some of the characters mentioned above. Here are a few of my favorites. 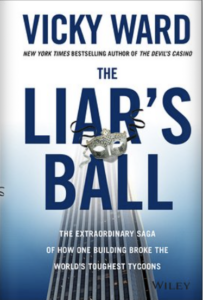 Vicky Ward, The Liar’s Ball: The Extraordinary Saga of How One Building Broke the World’s Toughest Tycoons
(Wiley)

Ward, a bestselling author and former Vanity Fair contributing editor, is a masterful storyteller.  In Liar’s Ball, she recounts the antics surrounding the ownership of midtown Manhattan’s famous GM building, a luxury office tower and hedge-fund haven across the street from Central Park that long commanded the highest rents in the city and attracted the desire of some of the city’s biggest egos. Its owners included, among others, Donald Trump and the aforementioned Harry Macklowe, who bought it with almost no money down, unlocked tens of millions of dollars in value—and then lost it all when he offered it up as collateral in a ruinous deal to buy a $2 billion portfolio of midtown office portfolio with just $50 million of his own money, at the height of the 2008 real estate bubble. 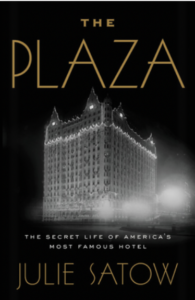 Julie Satow, The Plaza: The Secret Life of America’s Most Famous Hotel
(Twelve)

Satow’s book is epic in scope, tracing the illustrious history of a hotel that was synonymous with luxury and glamour through many generations. This book has it all—The Plaza’s Gilded Age birth in 1907, when its hallowed halls were inhabited by the likes of the Vanderbilts, Astors. and Morgans. The roaring 20s and the Jazz Age—those giddy good times before the fall when a young F. Scott and Zelda Fitzgerald took a drunken dip in the fountain outside. (Ernest Hemingway once joked that when Scott died his liver should go to Princeton and his heart to the Plaza.)

And the famous institution’s role during the dawning of the second Gilded Age: you can read about the condo conversation plan in the early aughts, when a mysterious Russian oligarch, famous for surviving a car bombing in a Kremlin parking lot, paid a record price for the hotel’s largest penthouse. And, once again, the ubiquitous Harry Macklowe and his soon-to-be-divorced wife of 57 years, who also purchased a pair of units, moved in, and muscled onto the condo board. Along the way, you’ll read about a cold-blooded murder, a disgraced Indian tycoon who ran the hotel from a maximum-security prison cell 7,000 miles away in Delhi, and the real story behind Truman Capote’s Black and White Ball. 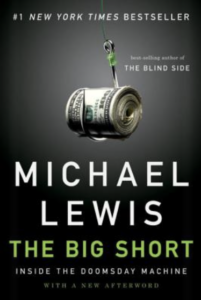 This book isn’t about the buildings themselves; it’s about the banking system and the speculators who helped inflate the 2008 subprime real estate bubble. Its main characters are a handful of savvy, eccentric investors who saw what was coming, and were willing to bet against everyone else—even when everyone around them told them, repeatedly, they were crazy. Such stubborn “craziness,” (others call it “vision”), is often what animates the most audacious and successful plays in the New York City development world (as well as some of the most calamitous and spectacular failures).

Which is why I consider The Big Short a spiritual cousin to my book, The New Kings of New York. It centers on the larger-than-life characters with the audacity to risk everything on an “investment thesis” no one else can see, it chronicles their eccentricities, and it puts you in the room with them as they navigate a very harrowing financial situation that tests the strength of their resolve (a common occurrence in the best real estate stories). 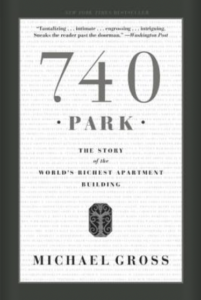 For almost a century, 740 Park Avenue has been the most high-status address in New York City for a certain segment of the population—namely fabulously wealthy, powerful people, rich and well-connected enough to get past the snootiest coop board in the city.  Gross takes his readers inside what some call the “most lusted-after” addresses in the world, detailing the bathroom marble choices, ceiling heights, and capacious closets in almost pornographic detail. The book also offers up plenty of juicy anecdotes involving Vanderbilts, Rockefellers, Bouviers, Kochs, and Schwarzmans. Through the building and its inhabitants, he chronicles the shifting society scene along with the pretensions and dramas of the city’s ultrarich. 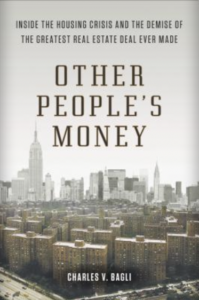 Charles Bagli, Other People’s Money: Inside the Housing Crisis and the Demise of the Greatest Real Estate Deal Ever Made
(Plume Books)

Former New York Times reporter Charles Bagli chronicles the genesis and unraveling of one the city’s most notorious real estate fiascos—the 2006, $5.4 billion purchase Stuyvesant Town-Peter Cooper Village by Tishman Speyer Properties and BlackRock. The buyers planned to turn a profit by transforming the massive 80-acre complex with its 11,250 apartments and 110 buildings, long a middle-class oasis inhabited by the city’s firemen and teachers, into higher-end market-rate housing that would appeal to the influx of young, well-paid professionals moving to the city.

Longtime tenants fought back, claiming they were being harassed and illegally forced out of their rent-controlled apartments to make space for better paying new arrivals. The battles at Stuy Town became a rallying cry for those fighting to preserve the city’s limited stock of affordable housing and would help feed the populist backlash that would eventually lead to the election of progressive Mayor Bill de Blasio. 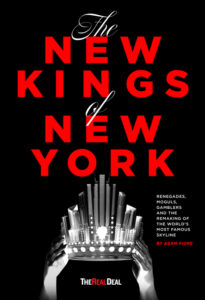 The New Kings of New York by Adam Piore is available via Real Deal.

Adam Piore is an award-winning journalist. A former editor and correspondent for Newsweek Magazine, his narrative features have appeared in Conde Nast Traveler, GQ, Nautilus, Discover Magazine, Mother Jones, Playboy, Scientific American, the Atavist, BusinessWeek, and many others.

WATCH: Kyung-sook Shin in Conversation with Her Translator Anton Hur

Why Elif Batuman’s Been Thinking About “Compulsive Heterosexuality” 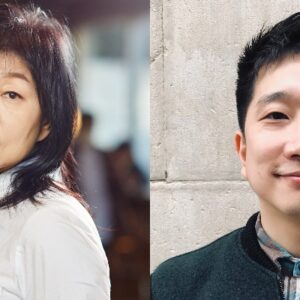 WATCH: Kyung-sook Shin in Conversation with Her Translator Anton Hur

Greenlight is honored to welcome to the virtual stage—calling in live from Seoul, Korea—celebrated Korean author Kyung-sook...
© LitHub
Back to top
Loading Comments...