TODAY: In 1938, Russian author and playwright Lyudmila Petrushevskaya is born.

What is the right poetry collection for you? A complete guide that may or may not be more accurate than astrology • Thomas McGuane talks to Téa Obreht about ranching, writing, and deciding not to live the “literary life” • Ursula K. Le Guin, editing to the end: on collaborating with a literary icon • Jane Austen’s concerns about the practicalities of marriage are as relevant today as they ever were • Heather Abel wonders if summer camp made her a liar—which is to say, a novelist • Karl Taro Greenfeld on coming to terms with being a “minor” writer • We all have our favorite Sherlock Holmes stories, but which ones did Arthur Conan Doyle love best? • Waking up to bullets: on America’s great common denominator, indiscriminate gun violence • Sitcoms and politics: on our complicated enjoyment of “good cop” cop shows like Brooklyn Nine-Nine • Ego and impulse have always been a threat to democracy: Ingrid Rossellini on the utter folly of relying on your “gut” in politics • First he was transfixed, then he was… disappointed. On the boyhood classmates who drove Marcel Proust to write • Zadie Smith, George Saunders, Ursula K. Le Guin and more: read 13 of the best literary interviews in the history of Interview Magazine (RIP) • Man Booker International prize-winner Jennifer Croft has some strong feelings about who’s going to win next year’s prize • “Men still too often see their writing as canon.” David Hayden pays homage to the women who influenced his writing

J. Kingston Pierce looks at the lives and works of 12 artists from the golden era of pulp covers •  From Deadwood to Veronica Mars, 12 crime TV shows canceled far too soon • An insider’s guide to Spain’s thriving crime writing scene • Counting down 10 of the most likable anti-heroes in the history of noir • Danger lurks just next door: the 10 creepiest neighbors in modern suspense • Historical crime writer Brenda Clough breaks down the many laws used to oppress women in Victorian Britain • From Terry Pratchett to Philip K. Dick, Claire North’s guide to speculative noir

• 19th century novels, crime series, and the evolution of serialized storytelling • When in doubt, hone in on the falcon: the 42 best covers of The Maltese Falcon, ranked • How historical fiction humanizes our forebears • On the obsessive nature and creep factor of birdwatching and detective work • Collective trauma, political scandal, and the comforts of true crime during moments of personal crisis
Lit Hub Daily
Share: 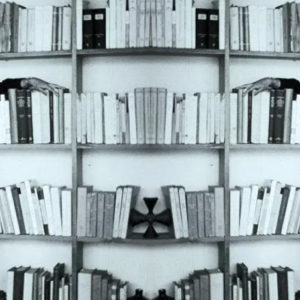 “Men still too often see their writing as canon.” David Hayden pays homage to the women who influenced his writing. |...
© LitHub
Back to top