Amy Butcher on Waking Up to Gunshots

I remember the walls the deepest shade of pink the morning a man was shot beneath our apartment. It happened ten feet from the open window on a sidewalk where mixed mutt terriers sniff at discarded Dentyne packaging and mothers cluster and children loll, their hair in careful braids, decorative plastic as big as gumballs. Hours earlier, my boyfriend and I had sat on the hollowed tin and plastic Cash-4-Checks sign just inches beneath the windowsill, feet above the sidewalk, watching dusk overtake first the canyons and then the palm trees and then the street. I loved him more than I loved anyone, and that night, our life—much like Los Angeles, a city of possibility—seemed to stretch on, indefinite.

Then, at 6 am, gunfire, and in its aftermath, we lay awake in an eerie silence, not knowing what else to do.

It was a drive-by shooting, ostensibly, though we were not awake when it happened and heard no car spin off after it did. Still, the immediacy with which the bullets disrupted the morning silence—sending one moment of tranquility into another, altogether different experience—seemed to demand speed and, in short, a vehicle. Because this was Los Angeles, they did not necessarily demand provocation.

Like most Americans, I know enough of gun violence now to know it happens all the time and with great disregard for environment. Which backdrops of our America have not been interrupted by such violence? Bullets rain down in shopping malls and doctors’ offices, churches and—god help us—schools. I haven’t seen a film out in years.

Had you asked, prior to that moment, what my response to a shooting would be, I imagine I would tell you I would call the police. I imagine I would tell you I would do so immediately. And yet in those initial moments, I found myself too scared to move, too fearful to even raise my head to the open window, which seemed a vulnerable space to be. I stayed low along the floorboards, my chin socked into the mattress, watching a particularly brilliant shade of peach encroach, slow, across the bedroom. It feels strange to me, even now: how often we assume that beauty and violence cannot be linked when they are in fact entwined with absurd and routine frequency.

Take, for example, the sound of those rogue gunshots, a noise I always assumed as catastrophic. But in that moment when I first heard them, the sound was like that of ice—a whole sheet slipping from a roof, the way it does the first warm day of winter. How it comes down in one large, smooth chunk? And how that sight can be beautiful, in a way: that heaviness giving way to light, that air suspending its weight but for a second? We know the impact and shattering are imminent, but for one brief second, it is like a dream?

I thought I knew what gunfire sounded like. I imagined: pop, pop, pop.

But this was childhood, the first snow day—a sound inseparable from instinctual joy.

We lay awake in that feeling for nearly two minutes before finally my boyfriend, breaking the silence, said we needed to phone the police. I had forgotten he was even there, so consumed with my own experience that I hadn’t thought, until that moment, to bridge their gap, put our two worlds together.

Yes, I said, absolutely, embarrassed I hadn’t thought to do so sooner.

To the operator, my boyfriend said, Gunshots, yes, there were several, instantaneous, I think successful.

A man, he said, alive but moving.

We listened to her sounds of dispatch. A cruiser was on its way. We were right, she said, to remain low—do not rise, she said. Sometimes, a lot of times, it’s true, they do come back.

Twenty minutes passed. Then another twenty.

What I remember of that waiting now is what it was to watch the sunrise stretch across the bedroom, its shade begin to turn—how we lay waiting for the lights and the sounds that never came. I thought, It must be a mistake. I thought surely the operator hadn’t heard us right. Except of course she had. Only when we realized that no one—not police officer, not the man or men who fired—was coming did we feel comfortable raising our heads to the open screen to bear witness to what was simply an emerging dawn and an empty sidewalk, void of person, void of bodily fluid, void of life or proof of lack thereof. Void of confirmation of what, an hour earlier, had so clearly and unreasonably occurred.

Los Angeles is dangerous, my boyfriend reminded me, and the neighborhood within which we lived especially so. Calls like ours came in all the time. People are always shooting. Always there is that beauty and, always, that secret kept. The palm trees and the mist of ocean and the spray of all our bullets.

The world can be unsafe, he said. We have to keep waking each day regardless.

I think about that Sunday now and I think of the wound kept hidden. The man America forgot, just as we forget daily the men and women, the little children, the moviegoers, the Sunday Baptists, the celebrating coworkers, the nightclub dancers, the veterans workers, the high school students. The people buying mall hotdogs. The people at the country music concert, swaying in all that denim.

We were wrong not to call back. We should have said—should have insisted—any wound is a wound to witness.

In the hours that followed, I watched faces pass beneath the window, wondering whom among us would be next to die, who among us we’d forget. Dawn came and, with it, children, their toys shining red and blue in the lilting light of orange heat. I listened to their games rise as they ran back and forth along the sidewalk, shouting, You ain’t got me and I seen you first and That ain’t right and You are dead.

Amy Butcher is an award-winning essayist and author of Visiting Hours, a 2015 memoir. Most recently, her work was featured on National Public Radio and the BBC, and had published essays in Harper's, The New York Times "Modern Love," The New York Times Sunday Review, The Washington Post, The Denver Post, The Iowa Review, and many more. She teaches writing at Ohio Wesleyan University and annually at the Iowa Summer Writing Festival and the Sitka Fine Arts Camp in Sitka, Alaska. She has two dogs, beautiful beasts. 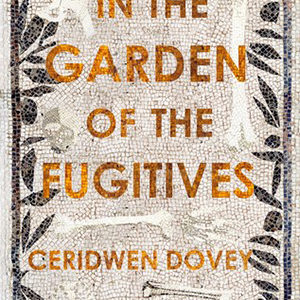 I drove from the farm into town this morning for my aerobics class, and became one among a legion of middle-aged women reflected...
© LitHub
Back to top