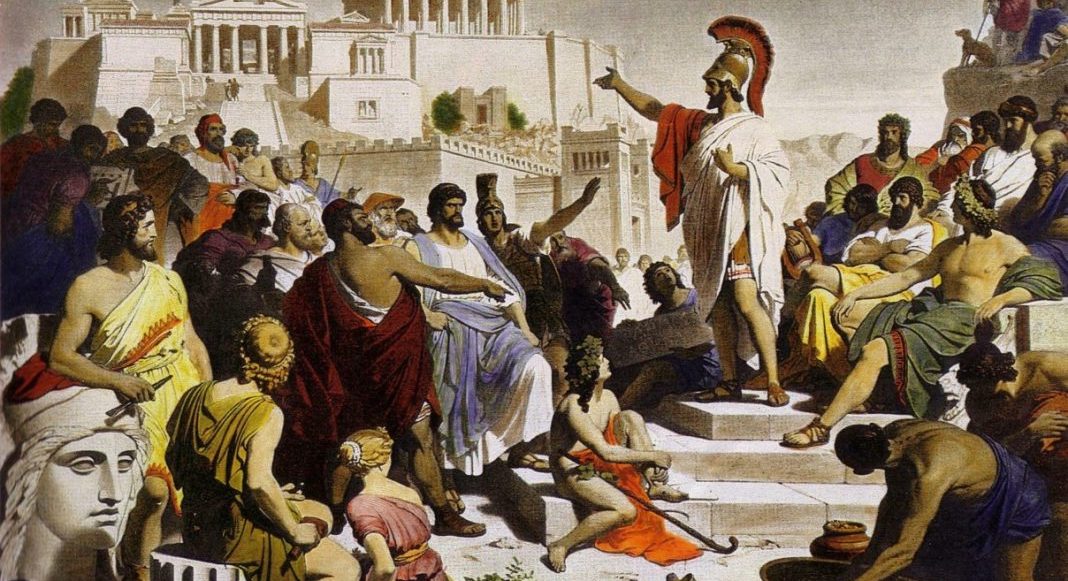 Ego and Impulse Have Always Been a Threat to Democracy

Ingrid Rossellini on the Follies of Using Your Gut in Politics

To boost their image, some contemporary politicians claim that the guidance that they find most reliable in their profession is the one that they derive from the infallible precision of their highly intuitive gut. If the claim had been delivered in the Greece of classical times the statement would have been undoubtedly condemned as a reckless expression of egotism and impulsiveness—a real threat to the uprightness of reason that the Greeks considered so essential for the wellbeing of the polis.

The tremendous importance that the Greeks attributed to reason, is revealed by the direct line that they drew between rationality, morality, politics and religion. The word logos, that in Greek simultaneously indicated “reason” and “language,” well describes the essence of that old mentality:

the fact that rationality, which was believed to give man the moral capacity to distinguish good from evil, was also believed to be behind man’s desire to communicate with others, led the Greeks to conclude that man was, by nature, a “political animal,” as Aristotle famously claimed. The definition suggested a meaning that was much broader than our present understanding of the term: because nature did nothing in vain, the human inclination to live with others indicated that man was a superior being capable of attuning himself to the divine rules of order, harmony and cooperation that, at a greater level, characterized the just organization of the cosmos (cosmos in Greek literally meant “order”).

Within such a lofty perspective, the creation of a just society was not simply understood as a practical means of survival but as the noblest expression of human talent and ingenuity.

To be morally upright, the Greeks believed, one had to be first and foremost a civically engaged citizen always willing to place the interest of the larger community above any self-advantageous purpose or claim. Asserting that one’s guttural intuition had more value than the rational insight that the collective wisdom provided, had no place within such a noble ideal: as the system called democracy (adopted for the first time in Athens around the fifth century BC) implied when it recognized equal political rights to all male-citizens, state affair were to be linked to the superior judgment that the citizens attained when, instead of divisiveness and competition, they engaged in dialogue, cooperation and mutual respect.

Given that perspective, the violation that the Greeks feared most was hubris: a charged word that described the overblown size that the ego acquired when infected by an excessive amount of pride and ambition. As the malady of overconfident people unable to rein-in the visceral impulses of their egotistical personality, hubris was considered the main characteristics of despots: ethically-tarnished individuals who, in order to satisfy their cravings for fame and power, used strategies that, by being devious and manipulative, were completely at odds with the values that the ethos of the polis represented. The development of Sophism, which occurred when Athens’ democracy was at its peak, showed, in glaring terms, the danger that words could pose when put at the service of cynical and ill-motivated intentions. Because, the

Sophists affirmed, universal truths were nothing but illusions, every man was to elect himself as the sole judge of his own existence and selfishly pursue what best served his interest. To do so, the Sophists, dismissing the honesty that the dialogue implied, proposed the use of shrewd rhetorical techniques that, by clouding the vision of the mind, could assure victory to one’s argument, even when it runs contrary to the accuracy of factual evidence. To oppose that dangerous proposition, Socrates forcefully argued that, because truth was not a relative but an absolute principle, knowledge was an ethical endeavor assigned to promote integrity and virtue not the tricks of lies and deception.

“The creation of a just society was not simply understood as a practical means of survival but as the noblest expression of human talent and ingenuity.”

Unfortunately, despite such heartfelt appeal, Socrates ended up victim of the very contentious arguments that he had tried so hard to oppose. When a group of Athenian citizens insinuated that Socrates’ teachings hid subversive intentions, the philosopher was put to trial and condemned to death. For Plato the death of Socrates was the proof that, in spite of all good intentions, democracy was ultimately a flawed system led by a litigious and emotional mob of people unfit to assume the control of the polis. For that reason, Plato, in his Republic, imagined an ideal society led by men whose extraordinary moral and intellectual integrity made them immune to the corrosive effect of hubris—the rulers/philosophers. With greater political acumen, Aristotle, in later times, suggested that society was to be conceived as a hierarchical system in which the distribution of power varied according to talent, capacity and merit. With the passing of time, those considerations led Latin thinkers, like Cicero, to conclude that the best form of government was a mixed constitution, like the one represented by the Roman Republic—part monarchy (the Consuls), part oligarchy (the Senate), part democracy (the Tribune of the Plebs).

Despite the fact that the Roman Republic was significantly different from the Athenian democracy of earlier historical times, the underpinning belief that those involved in politics were to be highly principled individuals selflessly committed to the greater good of society remained unaltered. The time-honored cult of the ancestral mos maiorem (customs and traditions) indicated that society would have functioned only if people continued to cultivate the same moral values, such as virtus, honestas, decorum, that belonged to the founding fathers of the Roman Republic—people like Cincinnatus, who, after leading the Roman troops to victory, had pushed aside all claims to power and fame to return to the anonymity of a life humbly dedicated to the cultivation of his land. The white toga wore by senators, as well as words like “candidate” (from candidus meaning “pure” in Latin) echo that lesson over and over: those who practiced politics were expected to be the very embodiment of the virtues that they urged others to adopt.

Like the Greeks, the connection politics/morality was directly linked to the sacred gift of reason, as Cicero wrote in his Laws:” Since, then, there is nothing better than reason, and reason in present both in man and in God, there is a primordial partnership in reason between man and God.” Because reason was man’s most ennobling characteristics, creating a good society was believed to be the best way to conform to the will of the divine as it manifested itself in the harmonic workings of nature.

The Roman word gravitas powerfully conveyed that concept. Gravitas, from which derive words like “grave” (in the sense of “weighty”) and “gravity,” indicated that political competence only belonged to responsible people who thought long and hard before deciding the course of action that would best serve their community. Gravitas belong to people who accumulated a great amount of knowledge and experience and had proven to have their roots firmly secured in the solid ground of virtue.

When, in our days, a person in a position of power boasts to privilege his own gut-instinct over the informed opinion of others, it may be a good idea to look back at the lesson of history. Because, as shown by despots and tyrants, too much ego tips in a wacky way the human personality, when assessing if someone is fitted for political office we should always remember the three fundamental qualities that antiquity considered most desirable in a political mind:

Ingrid Rossellini is the author of Know Thyself: Western Identity from Classical Greece to the Renaissance. She was born in Rome and educated there, and later received a BA, master’s, and PhD in Italian Literature from Columbia, writing her dissertation on Petrarch. She has taught literature and Italian film at Columbia, NYU, Harvard, Princeton, and other universities. She is the daughter of the actress Ingrid Bergman and the director Roberto Rossellini; Isabella Rossellini is her sister. She lives in New York City with her husband and two children. 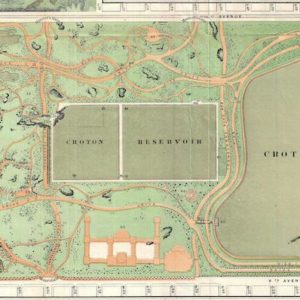 Disappointed but not discouraged by the lack of support for the notion of a group of citizens forming a partnership with...
© LitHub
Back to top