TODAY: In 1953, James Baldwin’s Go Tell It On the Mountain is published.

The winners of the 100th annual O. Henry Prize! • The time Samuel Johnson met James Boswell (in a bookstore, naturally) • Some writing advice from Guy Gavriel Kay: whatever you do, don’t take any writing advice • How we find—and lose—women writers • 35 one-star reviews of Mrs. Dalloway from the intrepid literary dissenters of Amazon • On book dedications • Gabriel García Márquez on life in 1950s Paris • Maddie Crum on the rise of self-help books that encourage not much of anything • Jessica Francis Kane on the problem of too much metaphor • Why it’s so hard to write music into fiction • A brief history of queer language before queer identity • Eve Ensler imagines an apology from her abusive father • How Winona Ryder took Susanna Kaysen’s memoir from page to screen • An accounting of which writers have won the most major awards • On translating Mario Levrero, the Kafka of Uruguay • Bruce Smith on poetry in prison and the poetic task of demystification • Inside San Francisco’s plague-ravaged Chinatown, c. 1900 • Pibulsak Lakonpol’s dispatch from a refugee’s no man’s land at the Thai-Burmese border • An oral history of Joy Division • Jonathan Jones on British painting in the 1970s • On Flannery O’Connor’s two deepest loves: mayonnaise and her mother

Mythic monsters, prison riots, uncanny worlds, and more of the Book Reviews You Need to Read This Week • This week in Shhh…Secrets of the Librarians: OlaRonke Akinmowo on Octavia Butler, Audre Lorde, and the Free Black Women’s Library • Grief is the Thing With Feathers and Lanny author Max Porter recommends five books about being a tree • Bradley sides talks about the brilliance of Toni Morrison and Karen Russell • David McCullough’s The Pioneers: vibrant and compelling OR told with a narrow perspective? • New titles from Karen Russell, Max Porter, and Kathleen Alcott all feature among the Best Reviewed Books of the Week

The Great CrimeReads summer preview is here! Rounding up 100+ of the summer’s best and hottest crime titles • Lilly Dancyger on grief, trauma, and what it’s like to watch true crime as the relative of a murder victim • A look at 20 of the best speeches in crime cinema  • Congrats to the Anthony Award nominees • Nathan Ward on the legendary gangs, outlaws, and cowboy detectives that made the Western the earliest “true crime” sensation •  7 new international crime novels perfect for the armchair traveler • Michael Gonzales on Jim Steranko, the “Jimi Hendrix of comics” • Tobias Carroll on the enduring power of Oakley Hall’s western noirs • Michael Koryta on the art of claustrophobic noir • Wendy Walker asks crime writers to pick the most memorable bad dates in literature • Sean Carswell on the misogynist history of deadly women in noir 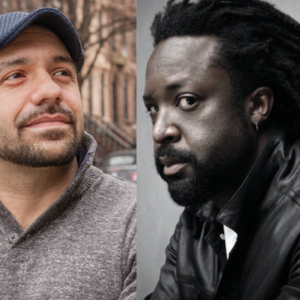 Pico Iyer on decolonizing travel: "The world has gotten so much more interesting in our lifetimes." –On The Literary Life...
© LitHub
Back to top