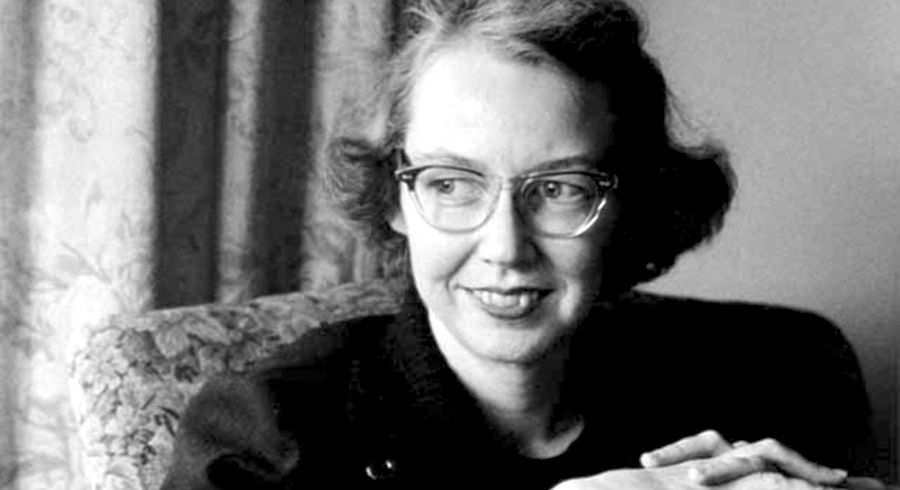 In her short lifetime, Flannery O’Connor wrote more than 600 letters to her mother. To read them, you must travel to the 10th floor of Emory University’s Woodruff Library, where they’re filed in a manuscript collection measuring almost 19 feet. If you make this journey, as I have, you will discover, among details of a more literary nature, the vigor of the author’s appetite.

In her first year as a graduate student at the University of Iowa, she wrote of sampling Triscuits at the local A&P and dining on ham—baked and boiled—at the school’s cafeteria. She reported eating a couple of eggs each day and declared her preference for Vienna sausages, vanilla pudding, and prunes costing a mere 27 cents. By spring of 1946, six months into her Iowa career, her purple dress no longer fit.

Of all the edibles that appear in the author’s correspondence with her mother, one inspires her most enthusiastic commentary: mayonnaise. She loves the thick, eggy spread, although she cannot spell its name. “Mayonaise” is as close as she gets. More often, she opts for “mernaise.” She considered the condiment a staple and lamented its scarcity in Iowa City at the time. The canned pineapple she chilled on her windowsill seemed lackluster without the familiar white dollop. Her tomatoes were all but naked. Where her sausages were concerned, mustard was a poor companion. She requested that her mother send her the homemade mayonnaise of her childhood, but instead, she received a store-bought jar, which arrived at her dorm on a Wednesday evening just in time for dinner.

My own fondness for mayonnaise matches O’Connor’s. She used it the way I do, which is the way my mother does and the way my grandmother did: as an all-purpose ingredient. Atop the dining tables of my youth, it served as both a spread and a garnish. It was a hero of family picnics, the critical binding agent for deviled eggs, pimento cheese, tomato pie, and potato salad. My mother, a Duke’s loyalist, creates recipes that call for the brand by the cupful; and when I stand at the kitchen counter, dip crackers into a jar and declare it lunch, I remind myself of her.

Perhaps this is why I did not immediately associate O’Connor’s love of mayonnaise with other banal particulars of her letters—travel itineraries and plumbing mishaps, ripped stockings and roommates with loud radios. I was not surprised to discover our shared affection. Though two generations apart, we both originated in the American South, a region with liberal ideas about the functions of mayonnaise. And I enjoyed learning that the master of grotesque Southern fiction dreamed of meals made perfect by the most polarizing of condiments. (In the US, the chasm between haters and devotees reaches beyond preference to ideology.) But despite my personal interest in the pages the author devoted to mayonnaise, I doubted their greater significance.

I believed, instead, that I was searching for juicier content. As a graduate student studying O’Connor’s work and life, my reason for reviewing her private papers was mostly scholarly. I wanted to better understand the intense matriarchy that shaped her early years and informed her fiction, and I hoped to uncover secrets that would reveal deep truths about the bond between mother and daughter.

There is much to be said of this close pair. Young Flannery began calling her mother Regina at age six, reportedly of her own volition. They shared an address for 34 of the author’s 39 years of life because of her struggle with lupus. While she was pursuing her literary career far from home—in Iowa City, New York and Connecticut—O’Connor exchanged letters with her mother almost every day. (This practice seems to have evolved as much from Flannery’s devotion as from Regina’s insistence on high-frequency communication.)

O’Connor’s fiction captures shades of her mother’s overbearing nature and preoccupation with propriety. Her published letters reinforce such impressions, painting the elder O’Connor as supportive yet comical in her rigidity and hopeless in her understanding of her daughter’s literary pursuits. So, in the sunlit reading room of Emory’s archives, I sought new insight into their rapport. I had read through nearly every letter in the collection before I found my way back to mayonnaise.

Ten times or more O’Connor writes about her appreciation of the sauce. In most of these musings she indicates that she learned its utility from her mother, just as I learned it from mine. As I examined this correspondence, I considered the breadth of local and familial interpretations for which mayonnaise allows. It is an ingredient that offers equal opportunities to delight and confound, depending, it seems, as much on your upbringing as your taste buds. The idea of pairing it with peanut butter may disgust the diner who spoons it into his omelets. Someone who blends it with crushed pineapple may recoil at its presence in a grilled-cheese sandwich. Like its appeal, its applications are personal and often regional.

I could read O’Connor’s requests for mayonnaise as evidence of homesickness, the kind of nostalgia favorite foods are intended to cure. And yet, the author never communicated any such longing. Rather, she wrote to her mother of thriving in Iowa and her intentions to develop her literary career outside of Georgia. (Had she not fallen ill at 25, she might have remained permanently beyond the borders of her home state.) Amid these declarations of her ambitions, O’Connor’s penned testimonials to mayonnaise are, to me, small attempts at connection. A thousand miles from her mother’s kitchen, the absence of the ingredient could become a shared curiosity and an acknowledgment of maternal influence. I imagine her wishing to affirm her love of home and family, even as she anticipated leaving both behind. The mayonnaise, she wrote to her mother, was a great help.

Caroline McCoy is a writer and editor based in Boston. Her work appears in Blackbird, Electric Literature, The Washington Post, Paste, The Bitter Southerner and others. 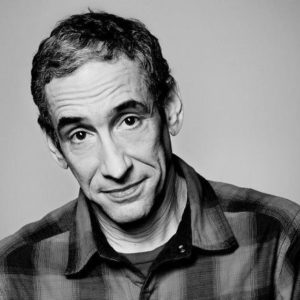 Hear from the world’s most informed citizens about the rise of populism, authoritarian and illiberal democracy on Keen...
© LitHub
Back to top