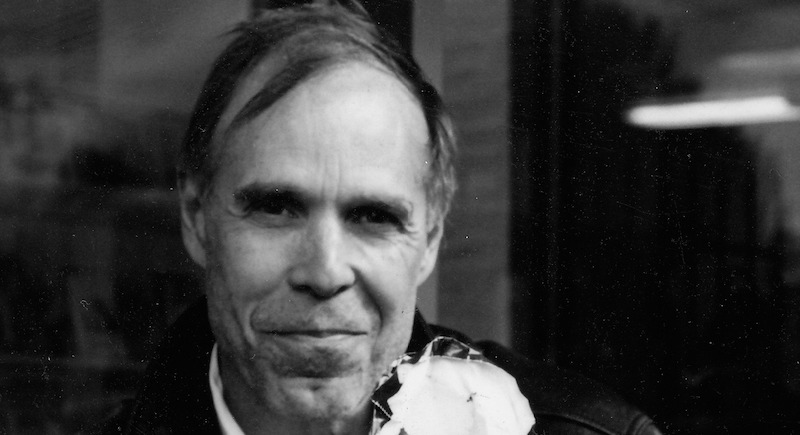 The Author of Spill in Conversation with Peter Mishler

For this installment of an interview series with contemporary poets, Peter Mishler corresponded with Bruce Smith. Bruce Smith is the author of six books of poems. The Other Lover was a finalist for the Pulitzer and the National Book Award. Devotions, the winner of the William Carlos Williams Prize and finalist for National Book Award, National Book Critics Circle Award, and LA Times Book Award precedes his latest book, Spill. He teaches in the MFA program at Syracuse University.

Peter Mishler: I wonder if you’d be willing to conjecture what conversation Baraka, Dickinson, Stevens, and Herbert are participating in—the four poets whose lines comprise the four epigraphs you’ve included in your new collection Spill?

Bruce Smith: Baraka, Dickinson, Stevens, and Herbert are four of the eight beats to the bar, the eight [!] justices on my Supreme Court, the eight forms of Shiva dancing, the eight players of my fantasy flag football team, the eight slices of my pie. The other four are Baldwin, Whitman, Jules Gibbs, and popular American music of the 20th

and 21st centuries. Baraka for his Blues People, his Black Fire anthology, and Black Magic, the 1969 collection. For his name change, his transbluesency, his griot, and dramatization of a racialized American fever dream. Dickinson for her domestic mysticism, her blasphemy, her moments of dominion that happen on the soul, her torqueing of the male sentence, her hymns, her heroism in the election of a vocation.

Stevens is a mentor and tormentor. He’s the vortex and engine of an exotic imagination, an originator of a “curious puffing” and a demon who I want to hate. Herbert, yes, because of his devotions, his doubts which were his faith, his conceits, the soul in paraphrase, heart in pilgrimage. I guess in the way a book of poems speaks to other poets in the past, consulting the ancestors, these are my people. But a book has the recklessness and nerve to speak in the present too. I am also a reader of novels and watcher of films and listener of Spotify Daily Mix in place of an inner life.

PM: I wonder about the book’s relationship to your previous collection Devotions. In what sense do you think of the poems in this collection as an effort toward something left undone or something you wished to further in your work?

BS: Isn’t a book of poems with its thin spine and blank spaces a blunt cutting edge toward what’s left undone [Adrienne Rich and Gary Snyder undone work] and an echo or call or wish to sound the Blank with a few notes? It’s a pathetic furthering through the medium of words and figures, rhythms, and honks and slurs. I felt Devotions was prolix, too many notes. Reactive to that I made a book that had 11 poems, an interlude about prison and the start of a poetry practice, and an 11 poem outro.

PM: The “interlude about prison and the start of a poetry practice”—that’s the center of the collection, titled “Lewisburg.” In what way was your experience at Lewisburg prison the beginning of an apprenticeship in poetry?

In jail, poetry was to become something else: a spoon with which to tunnel through the wall. Contrary to what you might expect poetry and books had an impact in the joint.

BS: The jail was a halfway house between the Platonic shadows of school and the brightly lit theater of America, 1968. Jail was a way to investigate and check masculinity, race, gender and the makes-nothing-happen assumption of poetry and the word. Poetry had been for me a course designation and subject of study: The Metaphysical Poets, 20th Century American Poetry, ENG 650. Poetry was to become something else: a spoon with which to tunnel through the wall. Contrary to what you might expect poetry and books had an impact in the joint, an exaggerated response in a place where thinking and feeling were devalued, were thought to be gratuitous and unwanted even as what might be found there was held to be the key to rehabilitation.

Eh, here’s another way to think of it. As the population was removed from time and home and law, there was a different home and law and time that they were subjected to now. Everything different. Everything was circumscribed and confined and therefore pressurized and therefore made dense [and violent] and distinct. Poetry became the necessary nothing that resisted and also provided—this sounds corny—not an escape but a “plot against the giant” as Stevens said. A way to check, abash, and undo the giant using the feminized means of poetry, whispering “heavenly labials in a world of gutturals.” All this is a way to say that the study and the practice became important to me because of my experience at Lewisburg Federal Penitentiary.

PM: Would you be willing to say more about this line in the poem “Lewisburg”: Poetry is the spill [excess and witness]? I wonder if that line serves as a kind of poetics for you.

BS: Excess, yes, in the way that any poem is superfluous in a market, commodity exchange. Excess is also abundance in the way Seamus Heaney speaks of it, “The work poetry does, the redress it gives, is to keep the reader on the side of abundance and acceptance.” So abundance as a kind of awe and bliss—Whitman in Specimen Days. But the poem is not just an aesthetic project, but is a witness to the atrocious. Since I’ve spent a good part my life in the 20th century, as the final poem “Index” indicates, the book takes on the role as Carolyn Forché and Peter Balakian have pointed out as something between the personal and the political which is a third thing, the social or historical extremity in which we live. Neither reporting nor rhapsody. Eh, this sounds too deliberate, programmatic when it’s a lot of turbulence and mystery and language and angels in the form of barking dogs.

PM: Let’s talk about that last poem in Spill, “Index,” composed of alphabetized significant words from Spill, what do you see? What does this “Index” tell you, looking at it now?

BS: I have long held a remark in my head from Helen Vendler that poetry is “indexical.” It gives me an X-ray into the matter or the context of the utterance. There was an attempt at the end, how does one end? that removes the voice and the figures and the tonic stuff and let’s some of the air out of it, the book, and makes its own poem out of the remains. I liked picking through the poems with critical despair and not the bright light of beginnings. I found out some things that helped me map my pathology or give a kind of alphabetic broken music or a shout out to Kareem Abdul-Jabbar and Tuscaloosa.

My language comes from the jail and before that father quietude and the radio that was my mother, the Marine . . . My demons are my deficiencies.

PM: Although I think that these concerns are clearly evident in your work prior to Spill, this collection to me reads as your most pointed interrogation of whiteness as well as your most urgent commitment to demystifying the white gaze and white privilege, and I wonder what your thoughts are about your ongoing relationship between your poetics and acts of interrogation or demystification, especially in regard to whiteness?

BS: Thanks for this. Yes, so having a daughter, feminism, Beth Loffreda and Claudia Rankine’s The Racial Imaginary, Fred Moten, Hilton Als, Dorothy Wang’s book, Thinking Its Presence: Form, Race, and Subjectivity in Contemporary Asian American Poetry, the now defunct Race Traitor Magazine: “What we hate is a system that confers privileges (and burdens) on people because of their color. It is not fair skin that makes people white; it is fair skin in a certain kind of society, one that attaches social importance to skin color,” and a million other instances literary and non-literary (living in Tuscaloosa, Alabama; LeBron James), make me want to interrogate and demystify the notion of whiteness.

I’ll end with this quote from painter Philip Guston about his drawings of Nixon: “So when the 1960s came along I was feeling split, schizophrenic. The war, what was happening to America, the brutality of the world. What kind of man am I, sitting at home, reading magazines, going into a frustrated fury about everything—and then going into my studio to adjust a red to a blue? I thought there must be some way I could do something about it.” I didn’t want to be a man adjusting a red to a blue.

PM: Why do you think the poem “Lewisburg” was written more recently in your artistic career? What has become available to you in that regard that perhaps wouldn’t have allowed the poem to arrive earlier, especially in this form, these longer lines?

BS: First, do I have an artistic career? Does anyone who calls themselves a poet have more than a series of strikes and counterstrikes, a succession of vowels and consonants, air obstructed or not, grooves and breaks, and visitations and melancholy fits and carpal tunnel and history and suffering and a poem followed by the next poem sewn into fascicles and put in a box under the bed. Did Dickinson have a career?

But, because I find pressure or resistance irresistible, I want to try to answer your question because it’s a good one: what becomes available and why? Perhaps that because I teach young people who want to be writers I was thinking about what constitutes an apprenticeship. Or do we even have or believe in an apprenticeship anymore? I was thinking about how a combination of revolutionary fervor, displaced and replaced, from my time at the jail and a kind of loud monastic experience with books made my apprenticeship. I always go back to this: presenting identification, being buzzed through the electric locks, the guards, the wrong and the wronged, the outcast, the hidden, the back-channels and codes in distinct opposition to the common discourse and common thinking.

BS: My language comes from the jail and before that father quietude and the radio that was my mother, the Marine. My language comes from rhythm and blues before I found Cesar Vallejo and Dickinson and Baraka, a rich texture of blues complaint and longings and saxophone. My demons are my deficiencies. Do I need to enumerate my deficiencies? They are manifold and masculine and white. The jail echoed these.

And these longer lines were just a way to bring back the document in prosy hunks rather than to make them into a poem.

PM: I regularly ask poets in this series, What is the strangest thing they know to be true about the art of poetry? The mysteries of poetry come up often in these responses, and in your responses here, too. So I was wondering if there is a phenomenon in the act of making lines that fascinates you but is not particularly unknown to you?

BS: Inspiration is for suckers. Talk about process impedes the process. Work the work.

Lydia Fitzpatrick on the Imaginary Louisiana Town of Her Novel's Setting 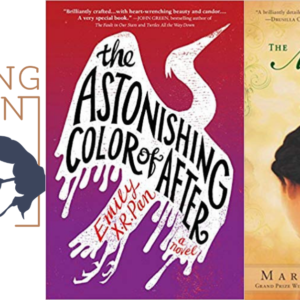