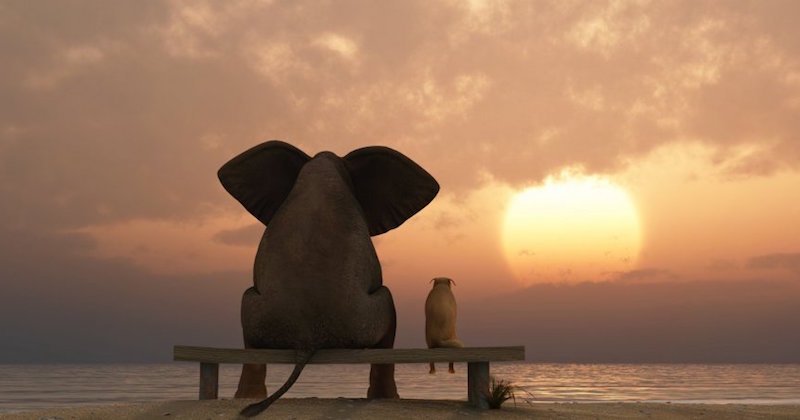 Do… Nothing? Maddie Crum on Myths of Self, Help,
and Self-Help

Let the Studied Indifference Flow Through You

Self-help books sell. They regularly top The New York Times bestseller list; they are often adapted into major films and shows in spite of being direct, didactic and without a plot. What they typically offer is transformation, should the reader follow a given set of rules.

Because they are popular, the subjects of self-help titles can reveal some barely-hidden malaise, typically borne of a broad, systemic issue. The popularity of Marie Kondo reveals that people are tired of being sold so much stuff; He’s Just Not That Into You reveals how exhausted straight women are with dating. And so on.

But what about when the broad, systemic source of our malaise is the mandate that we must always be doing more, must always be optimizing ourselves? Self-help—centered as it is on self-optimization—would be a curious choice of genre to address an issue like that. But that hasn’t stopped several writers from trying.

The name of the genre alone—self-help—suggests that in the face of hardship, be it personal or societal, the reader should seek solutions on her own rather than turning to a community for support. So, the self-help ethos aligns with the bootstraps myth; whatever obstacle you’re facing, if you try hard enough, you can help yourself. According to Amazon’s bestseller list for self-help, readers turn to the genre for assistance with both private wants (“tidying up”) and more social goals that necessarily involve hurdles that are out of the reader’s control (“growing rich”). While this first sort of self-help book can be unfairly dismissed as frivolous—the guide-to-life genre has been around for a while, after all—the second sort offers a false promise, like a lotto ticket or an ad for diet pills.

One of the most buzzed-about self-help books to come out in the past several years—Sheryl Sandberg’s Lean In—belongs in that second category, the false-promise category. There is only so much a woman can do to control how she’s perceived in the workplace, and, as a result, whether or not she’s as successful there as her male counterparts. The book’s premise assumes that if readers would only put in a little more effort, they could courageously vault over the pay gap, unassisted; it also assumes that all women have the time and resources to put in that extra effort. For these reasons, Lean In was subject to scrutiny—from feminist critics and more recently from Michelle Obama—despite its popularity.

It makes commercial sense that several years after the Lean In backlash, a different sort of advice book has emerged. You might call this sub-genre “Lean Out literature”; its authors encourage readers to unwind, relax, and de-emphasize the role work and other obligations play in their lives. In 2016, Mark Manson’s The Subtle Art of Not Giving a F*ck became a bestseller. This year’s entries include Help Me!, a meta look at self-help by Marianne Power, with a chapter titled “F**k It: the Ultimate Spiritual Way”; It’s Great to Suck at Something, an anti-achievement credo by Karen Rinaldi; and How to Do Nothing, a tough-to-classify meditation on quietude and attention by Jenny Odell.

All but one of these authors comes across as conflicted, or, worse, as deviously cramming revolutionary messaging into the neat, methodical confines of an instruction manual.

Each of these titles offers an antidote to the disproven but nevertheless touted ideas that ginning up your own courage is a cure-all and that hard work alone will ensure happiness, peace, and success. But, curiously, the advice that these titles dispel runs counter to the purpose of the self-help genre itself, at least in its modern form, centered as it is on personal goals and triumphs. As a result, all but one of these authors comes across as conflicted, or, worse, as deviously cramming revolutionary messaging into the neat, methodical confines of an instruction manual.

Rinaldi’s It’s Great to Suck at Something may be the worst offender when it comes to this contradiction. While in her introduction she admonishes “a uniformly goal-setting and -seeking life,” in which “patience, humility, and self-awareness get sacrificed,” she enjoins readers to go on “three missions”: to “suck passionately,” “suck unproductively,” and “suck communally.” While encouraging readers to tune out the din of an achievement-oriented culture, Rinaldi herself adopts an achievement-oriented tone. Notice the forceful, attention-grabbing language of her title alone. There’s something almost comical about a book that insists on its own message, especially when that message is to step away from the fray, to live slowly, deliberately, quietly.

On the other hand, in her quieter title How to Do Nothing, Jenny Odell offers a more nuanced view of human behavior. It’d be difficult to distill her ideas into a category as straightforwardly useful as “self-help”; she’s committed to “fuzzier, blobbier” ideas than that. In the book’s introduction, she confesses that she might have failed to write a self-help book at all. Instead, she’s presented an argument for resisting the demands of the attention economy and provided historical examples of resistance that readers may learn from. She relates her own, small acts of resistance too, which involve spending time in her neighborhood garden and using an app that crowdsources the identification of local plants. She hopes what she’s written will appeal to “any person who perceives life to be more than an instrument and therefore something that cannot be optimized.”

The form of Odell’s book suits its content. Or, more accurately, in writing the book she has allowed herself to follow the advice that she proffers: she allows herself to mentally wander, then proceeds with her analysis deliberately, with quietude and care. Her chapters “are not neat, interlocking parts in a logical whole”; instead, she flows between anecdotes from her teaching life, her art-making life and her life as a resident of San Francisco, where sheeny tech campuses reign over cliffs and rivers, the messy and inconsistent natural world. Throughout, Odell considers the philosophies of Diogenes and Thoreau, which are at odds with the catchy slogans of digital detox advocates who espouse Goop-y proponents of self-care for self-care’s sake. According to Odell, when the mandate to strive for improvement is both omnipresent and pernicious, a weekend retreat is unlikely to result in permanent change, is unlikely even to result in a genuine impermanent break from the culture it claims to admonish. So, she encourages retreating “not in space but in the mind.” In that way, her book is more philosophically than materially oriented; her advice is “less a lecture than an invitation to take a walk.”

Odell cautions readers against cultivating a neat and tidy sense of self at all.

Much of How to Do Nothing is devoted to celebrating the slow, the messy, the meandering and the unintentional. Odell views this as a protest against a tech-driven world, where efficiency is valued above all else and our attention itself is monetized. Rinaldi claims to agree. But It’s Great to Suck at Something is a painfully efficient manual. In a chapter defending “play”—by which she means any activity that isn’t necessarily productive—she writes, sounding not unlike an A.I. herself, “there is something in the concept of play that we can use for our purposes.” The chapter headings are utilitarian, too; each enumerates a different “benefit” that readers may yield from pursuing a hobby outside of work.

One such benefit, according to Rinaldi, is to break up the mundanity of one’s life by introducing “novelty.” “If we avoid the vulnerability of living in the space of the new and the challenging, then we’ll get old and stagnant real quick,” she writes. Plus, “even the anticipation of novelty can increase dopamine.” Not only is the advice unsettlingly prescriptive, it upholds the progress-driven mindset, perpetuated by the tech industry, that Rinaldi is writing against.

Odell, meanwhile, is wary of newness and novelty. Instead, she encourages readers to root themselves in history and a sense of place, to value maintenance as a form of productivity. In the stillness that comes from feeling rooted, we may find a renewed interest in our communities and a “sensitivity and responsibility to the historical and the ecological.” In other words, we may give context to our individual experiences and insights, a type of context that has fallen apart online.

And, while Rinaldi’s advice seems geared toward the notion of being easier on oneself (“one […] benefit of giving up perfection is that you don’t have to think as much,” she offers), Odell cautions readers against cultivating a neat and tidy sense of self at all. She shows how platitudes about selfhood—just be yourself!—are reductive at best. At worst, they flatten our complexities, turning individuals into types and target demographics.

“What it really means is ‘be more yourself,’ where ‘yourself’ is a consistent and recognizable pattern of habits, desires and drives that can be more easily advertised to and appropriated, like units of capital,” she writes. “Ultimately, I argue for a view of the self and of identity that is the opposite of the personal brand: an unstable, shapeshifting thing determined by interactions with others and with different kinds of places.”

In other words, to regard yourself as nebulous, amorphous, a product of and contributor to your environment. To neither lean in nor out, but to take a look around.

America Was Hard to Find 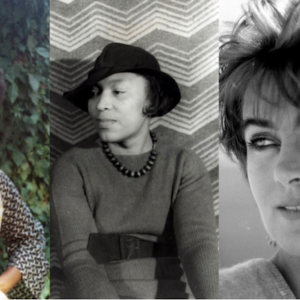 How does a woman writer get lost—and found? Brigid Hughes’ story of rediscovering the Chicago writer Bette Howland follows...
© LitHub
Back to top