Behind the Book Dedications: “A Private Moment in a Public Object”

“To the man from Council Bluffs.”

As a teen, I remember pausing to appreciate the dedication to Janet Fitch’s White Oleander. I’d grabbed the book off the library shelf, enticed by its floral name and by the cover: a woman struggling with the back zipper on a black cocktail dress, all alone.

“To the man from Council Bluffs.” A book about mothers and daughters, dedicated to a mysterious, nameless man—how enticing to teenage me when I first read it. Still under the spell of Fitch’s book, I combed the acknowledgements pages, looking for clues.

Recently, ten years after I first wondered about the man from Council Bluffs, I reached out to chat with Janet Fitch herself. As Fitch describes, the dedication page itself can almost work as a clue in another way—this one not about the work on the shelf, but instead about the life it had before publication. The dedication page invites you to join a tiny benediction, asking you to remember that the book you are about to receive was once merely a twinkle in the eye of its writer, a twinkle that required hard work and long hours and much time and support from some special people; perhaps even the person or persons to whom an entire first page is dedicated.

“It’s a private moment in what is otherwise a public object. Like a bit of graffiti, almost,” Fitch says. “It’s the only part of a book that’s going to be for one person.”

Many of us don’t know the dedication pages to our favorite books. We know the lore behind its creation, maybe—how a real-life love affair inspired James Baldwin to write Giovanni’s Room; how Roald Dahl wrote his quirky children’s stories in a little writing shack at the back of his house; how Zelda Fitzgerald sat with the first manuscripts of many of her husband’s lauded works.

My favorites are the cryptic dedications, the ones that hint at some mysterious origin story connecting the book to its maker. “A secret message hidden in plain sight,” as described by Emily Ludolph, writer and host of the “Dedicate It” podcast, which explores book dedications and the authorial intent behind them.

Ludolph sees the dedication functioning almost as a two-way mirror. The reader can only perceive a certain amount of the true story. “There’s a layer of decoding … Sometimes, you understand the book better if you understand who it comes from and who it’s for,” she says.

In her conversations with authors, Ludolph says she’s even heard a few confess to regretting certain dedications, like those to ex-wives or false friends. “It can be like a bad tattoo,” Ludolph says.

Marlene Wagman-Geller, author of Once Again to Zelda: The Stories Behind Literature’s Most Intriguing Dedications, points to one of literature’s most reviled authoresses—Ayn Rand—as an example of what happens when a dedication goes sour. In the very first editions of Atlas Shrugged, Rand dedicated the book to two people: her then-husband and her lover (“Only Ayn Rand would have the chutzpah,” Wagman-Geller says). Following the relationship’s demise, she ordered the lover’s name expunged from future editions. It’s the “Wino Forever” of its time.

Author Danielle Lazarin dedicated Back Talk, her debut collection of short stories published last year, to her parents. For her, she said the decision was simple—her parents were the ones who had supported her growth as a writer from the very beginning, and it only made sense.

“Both the dedication and the acknowledgements are the place where the writer shows themselves, though I think the dedications, because of their brevity, are often more private,” she said, writing over email. “I used the space of my acknowledgements to write about why I dedicated my book to my parents, but taken alone, it seems much simpler than it often is.”

She says she pours much more time and thought into those listed in acknowledgements.

“Like many, I’ll often read those after I’ve read the first few pages,” she says. “I think they’re kind of like those back of the yearbook pages (do people still do those?) full of inside jokes and connections and honest love.”

Fitch agrees that acknowledgements occupy an entirely separate space of thank-yous. She calls those pages “the group hug.” The dedication, she says, supersedes that hug. It’s for an even bigger debt you owe.

“It’s laying that rose at the bull fight,” she says. “They don’t just part out the bull to the whole stadium.”

Take a book like Lolita. To whom could you possibly dedicate Lolita? But Vladimir Nabokov writes it is “To Véra,” the woman many credit with polishing her husband’s writing, but who often disappeared in the dark of her famous husband’s shadow during their 52 years of marriage. And yes, of course—I asked Fitch about the man from Council Bluffs, the first rose she ever laid.

Turns out, “the man from Council Bluffs” is her father, the man who first took her to the library.

As a child, Fitch’s father would “wander” through his hometown of—yes!—Council Bluffs, Iowa. If he disappeared for a period of time, his mother knew she could call the Council Bluffs Free Library, a little Carnegie library where her son would spend hours reading in the stacks.

“She would just call and she wouldn’t even ask if he was there,” Fitch remembers. “She’d call and say, ‘Could you send Vernie home?’ And they would, because he’d always be there.”

He read the dedication and immediately recognized himself, she says. “Oh, it was lovely. He had Alzheimer’s later in life, so it was really great that he was able to see that before things started disappearing,” she says. “I think he would have been a writer if he had been raised in a different world. So dedicating my first book to him was natural.”

Julia Carpenter reports about personal finance for The Wall Street Journal. She has written on gender, culture and work for places like CNN Business, The Washington Post, Vogue, ELLE and more. She lives in New York. 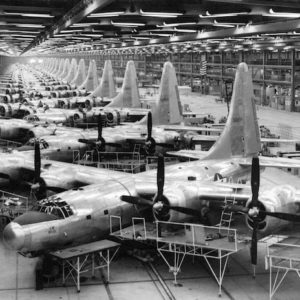 Writing about families can lead you down twisting paths. You need to be ready to shift focus. Even the sources closest to the story...
© LitHub
Back to top