Pibulsak Lakonpol with a Dispatch from the Far North of Thailand

Ends of the Earth & Edges of Dream by Pibulsak Lakonpol, translated by Noh Anothai, appears in Issue 17 of The Common and is from Lakonpol’s By the Bank of Brokenhearted River.

Two years ago, I stood aghast at the sight of a little island in the Moei River, the border between Thailand’s northwestern Mae Sot district and Burma, on which refugees from the latter had made their home.

“This is it—this is what they call a no-man’s-land,” said my friend, a local provincial administrator, who’d taken me there. “It’s not only that they lack a military force. For me, it also means there’s no humanity. Just look.”

He gestured at the shacks no better than dogs’ houses, at the tarps and plastic sheets draped over refuse wood, half-lost amid the river tamarind trees and thickets of ruderal grass along the shore.

I didn’t respond to what he said. At the sight before me, it was hard defining in words exactly what I felt. I tried to imagine what would become of those homeless in the rainy season, when the waters rise—would they return to Burma, or cross to sell their labor here on the Thai side? Or perhaps even the river wouldn’t claim that island, a slum on the water.

“Viagra, sir? Viagra?” A young man swept up to me. The merchants of the borderland include the young and sprightly, the old and aged, each hawking their wares (which we like to call “duty-free”)—cigarettes, liquor, knickknacks of all sorts. Beggars are an everyday sight here, as are the makeshift stalls selling local moonshine and convenience items, the men and women lurking in shacks beneath the bridge or in the shadow of the reservoir.

“It’s like a trash heap of humanity.” In my friend’s voice was mixed the bitterness of the poetry he used to write, of the poet he used to be.

Again I said nothing. I didn’t want to voice an opinion I didn’t have… and would not have voiced that opinion, even if I shared it.

Returning home from No Man’s Land, I found my mother chatting with a relative from Mae Sai, another town on the Thai-Burmese border, a look of concern on the latter’s face. My mother later told me that this cousin of mine had arrived a few days earlier—while I was gone—on the lam, for there was a warrant out for her arrest. The reason: she’d been housing undocumented workers (again).

This cousin had once made quite the fortune doing business over the border in Burma, finding girls to work the gambling rings there, but that is ancient history. That side of the family fell apart when my Aunt Rong, their matriarch, passed away. They divvied up and sold their spacious property beside the Sai River, leaving only a plot the size of an open palm to split between my cousin and her two or three siblings. Her own house she quartered into little rooms, renting them to laborers who didn’t want to cross the border back and forth every day. There are Chinese living there, Laotians, and tribal peoples, traditional inhabitants of the region’s highlands.

That once airy neighborhood beside the water has become a squalid, sweltering slum, overcrowded and ringing with the sounds of curses and fisticuffs from people of a thousand different origins.

When I saw the place myself, a sadness fell over me that was hard to describe. That once airy neighborhood beside the water has become a squalid, sweltering slum, overcrowded and ringing with the sounds of curses and fisticuffs from people of a thousand different origins. The row buildings, the various tenements, the makeshift shelters and lean-to shacks are stacked almost on top of each other, gables practically interlocking, without any order or foresight. That the Sai River, once the border between two countries, now trickles between banks of concrete seems unbelievable.

“You know, it’s only immigrants and refugees buying land and starting businesses on our side of the line. Meanwhile, on the other, in Burma, businessmen from Bangkok are making a killing,” my cousin said one day shortly before she left to return to Mae Sai.

It seemed like she meant for this to be funny, but it wasn’t. Then, as always—after she had raised enough money to make bail and we had offered up enough bagfuls of rice and dried goods to support her family—my cousin, invoking that ancient and inviolable bond of blood, turned to my mother for a means of transport home.

“The clothes, the food, the things she doesn’t eat or use anymore”—which my mother and younger brother had arranged into neat boxes even before my cousin had arrived, our house being where relatives from the big city send everything—“she sells to the Burmese and the mountain folk.” So whispered a neighbor who’d dropped by the morning my cousin was to leave. This neighbor, too, was a distant relative of ours, through my cousin’s mother’s ex-husband.

“Who cares what she does with the stuff?” my brother responded, rolling out a trailer to hitch to his car. “It’s hers now. Even monks sell for cash the alms we donate to temple, and I don’t hear anyone complaining.” It would be his job to drop our cousin beside the main highway out of town, where she could flag a passing bus.

After the trailer was loaded, he didn’t spare any words on my cousin either. “Look at you. You’re like a refugee lugging everything you own on you. Even if you make it to Mae Sai, would all of this fit inside a tuk-tuk? The bus depot’s so far from the main road these days, too.”

“If I have all this stuff but can’t find a way to move it, then let that be that,” she replied, unfazed. Traveling with so much baggage was normal for her. The bigger problem would be having nothing to carry at all.

Watching that rickety trailer roll away, I couldn’t help thinking of the real refugees who had poured over Thai borders in my own lifetime: Cambodians fleeing their war from the east, the Hmongs and Laotians from theirs through the north and northeast, the Karens and Burmese seeking better lives in the northwestern frontier towns, in Mae Sot, in Mae Sab Laeb, at Sob Moei….

The Eighth Month exhales a veil of gray smoke around the Pi Pan Nam Mountains. Without their leaves, teakwood trees stand naked beneath a blistering sun, while in the dry wind, the ashes of a distant grassfire drift. At night a crescent moon shines with a lonely yellow light, and the peaks are lit as if for some unknown revelry. Up there is not only where “the spirits part the rivers” (which is what “Pi Pan Nam” means); this source of several waterways is also the headwaters of many of my own poems and short stories.

The Pi Pan Nam Range, like a giant wall, separates my hometown of Mae Jai from Wang Neur, where my father lived for much of my life. Both are in Thailand’s far north, near the meeting place of Burma, China, and Laos, and of their many peoples: the so-called “Golden Triangle,” where I grew up and which, for many years, I covered as a reporter. Along the way to Wang Neur live Hmong and Yao women with their fair, pretty features, and once you reach the foothills on the other side is a multi-tiered paradise: the 120 cascades of Crystal Falls.

“You think you got it in you? You can make it in a day if your strength holds.”

Every time I went to visit my father in Wang Neur, I would be challenged in these words by a relative who taught over there. Facing west, at the direction from which I’d come, I could sense the mountains heaving from deep within their rugged massifs a rumbling laugh, daring me to make the hike, waving their leafy hands and calling out my name.

My first attempt at Crystal Falls was a failure—my legs gave out even before I made it halfway. I had to stop and rest at the home of some mountain folk that I found standing alone in a clearing nearby. Like me, the family was Tai (without the -h), but from the Lüe branch of our ethnic family tree, and had crossed streams and climbed mountains to arrive here from Sipsongpanna, in China’s deep south, over 300 miles away, passing more cities than I can remember. (As a frame of reference, we Tais are one of the most widespread ethno-linguistic groups in Southeast Asia, with several branches.) When I heard this, my jaw dropped—of course they hadn’t ridden here on the superhighway, but came completely on foot.

As the epochs pass, the tales of each tribe become more amazing, take on dimensions of the mythic. Today there are people who will declare with confidence that we, the Tais of Thailand, the Thais with the -h, did not migrate from the distant Altai Mountains, from far beyond China, as the old theory ran, but have always inhabited Southeast Asia’s heartland. That may be, but I can’t help but wonder how we came to stay here when our cousins, the Black Tai, have virtually taken over Vietnam’s Gulf of Tonkin, while the Tai Ahom made it to India’s easternmost reaches, to settle along the foothills of the Himalayas, fanning out far and wide.

I could sense the mountains heaving from deep within their rugged massifs a rumbling laugh, daring me to make the hike, waving their leafy hands and calling out my name.

Or perhaps my ancestors were so satisfied with the stores of rice here, the springs of water, that the wanderer’s spirit in them grew weak, only a sigh of wind fluttering the curtains of a wide and cozy living room.

I once visited Qinghong, the capital of Sipsongpanna, in China’s southernmost Yunnan province, homeland of the Tai Lüe. They speak the same dialect that my maternal grandmother spoke, though she was a Tai Lüe from northern Thailand. Similarly, the Tai Yai of the Shan State, across the border with Burma, speak the same language as my maternal grandfather, a Tai Yai from Thailand’s neighboring Mae Hong Son province.

As for my father, in what land or region his birthplace lies, no one knows. The only person who could possibly trace it would have been my father himself, or perhaps his closest friend, a Chinese apothecary (with whom I lived for a time during grade school). Now he is dead as well. My guess is that it must have been one village or another near the Chinese port city of Shandong. My mother always said that Pa had arrived in Thailand—when it was still Siam, and he only a child—by ship, part of the mass exodus of Chinese into Southeast Asia in the earlier decades of the last century, with Shandong the major point of departure.

I muse to myself that maybe there is only one race of humans, born of one womb to the same mother. They have slipped the horizon under the soles of their shoes and like walking around in circles. 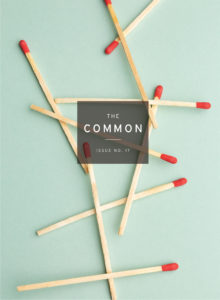 Pibulsak Lakonpol is a writer, poet, painter, and lyricist from Thailand's Far North. Since his first novel appeared in 1973, he has written for numerous Thai publications, served as president of the country's Association of Writers, and sat on the judging committee for seven book prizes. He was named a National Artist by Thailand's Ministry of Culture in 2018 for his contributions to literature.

Of Course, Samuel Johnson Met James Boswell in a Bookstore 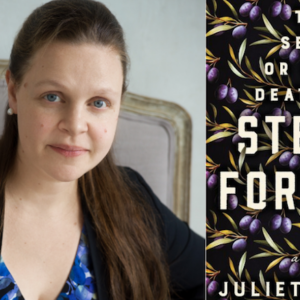 This week, Maris talks to Juliet Grames, author of The Seven or Eight Deaths of Stella Fortuna. * Juliet Grames: Eventually,...
© LitHub
Back to top
Loading Comments...